CBS’s Katie Johnston (KJ) caught up with Leslie (JL) and Givens (RG) to chat about the evolution of the show with Givens’ new character. The two also talk about paying homage to Batman and what it’s like to work on the show

KJ— Joining me today to talk all about the action-packed upcoming season, Batwoman herself, Javicia Leslie, and a strong woman off-screen, but who plays a powerful business mogul in the series, Robin Givens. Thank you so much for hanging out with me today! Robin, starting with your new character ‘Jada Jet,’ what do you love about her? And what can fans expect to see from her contributions to the season?

RG— I’m in love with her. I just absolutely love her. She is so powerful, like you mentioned. She runs a major company in Gotham City. The fact that Robin, I get to be a part of Gotham City is really fantastic. I love trying to bring her to life in a special way in the sense that she is a powerful woman, but she’s basically just a mom also. Her Achilles heel, if she has one, would be her children — her two children. Ryan hasn’t grown up with her mom in her life, which was a major cliff-hanger in the last season. I’m not sure Jada is really ready to have a relationship with Ryan. But we see a lot of guilt there; we see a lot of love there. We see—at first—keeping her at bay. The dynamic of their relationship is a special one. She’s willing to do anything to protect her children and I mean anything.

KJ— You mention how exciting it was to be a part of the Gotham world. Were you guys both DC Comics fans growing up? Were you a fan of Batwoman?

JL— I was a huge, huge Batman fan—like—excessively huge Batman fan. So enter the world of Batwoman in this kind of way and—especially Season 3—be able to play homage to Batman through having the Batman Villain Trophies in Gotham and those trophies influencing new villains. So you’re talking about villains influenced by the Mad Hatter, Killer Croc, and by Victor Fries. To be a part of that storytelling is so much fun. I literally feel like a child just doing this imaginary make-believe world, but influenced obviously by a make-believe world I grew up watching and creating in my mind.

KJ— What about you, Robin?

KJ— I do want to ask you, Robin, stepping into this character, who is a new character this season. What has the chemistry been like on set for you? How would you describe your relationship with cast and crew?

RG— I am happy, Katie, that you asked that question. It’s so—okay, Javicia. Turn your ears off. I know you’re tired of hearing it. For a second. She has such a major role. She’s Batwoman, she’s the leader on screen, but she’s also the leader off-screen. Whatever the chemistry is on set, it’s so magnificent. We laugh so much. To be able to go to work, and we all know this, to want to go to work and to have fun. Sometimes in scenes we’re crying. The other day we were doing this major scene and Javicia made me break and I’m cracking up with tears rolling down my eyes. It is just such a pleasure, and I think so much of that comes from her. We have Caroline Dries who is our show runner and writer—runs this amazing team, gives us these fantastic words. The chemistry is fantastic. Right now I just don’t want it to end.

KJ— I remember watching an interview with you, Javicia, when you first joined this role, how you felt like it was a family, and you’ve never been more welcomed than this role. That seems still true today.

JL— Yes, yes! And it’s so cool to get new members of our family joining. You guys have all been amazing additions to this family. We all have so much fun together that even when we do Zoom press calls and we’re all there, we’re constantly cracking jokes and remembering thing that happened. It’s a really positive energy and a positive vibe. It does make coming to work fun, but it also makes coming to work easy.

KJ— Javicia, with the introduction of your character last season, what does it mean to you to come back to this show this season and continue the legacy of Batwoman?

JL— It’s amazing! It’s fun! This is the show’s third season, but my second season. They’re all like, ‘Okay, we’re doing this again.’ And I’m like—ahh we’re doing this again! This is really cool, this is really fun, this is really epic. I’m just so excited about this season. This season is so much fun. Like I said earlier, every episode could stand alone. They’re full and they’re colorful and they’re Gotham, so they’re dark and creepy. It’s funny because I’ll see little snippets of movies and it will be a really gory scene of someone’s face getting cut off and I’ll be like—’we did that first.’ I’m proud! We did that creepy thing first. Just to be a part of a show that is so groundbreaking and everyone that is a part of it is so committed to the story and so committed to every element of the story—it just makes it so much fun.

KJ— You definitely get a sense of that when I watched a preview for this season and scenes from episodes that haven’t been released yet. It’s just incredible the connection you guys have on set and everything you’ve been able to do with the show. Is there anything else I haven’t asked you about the upcoming season that you want to include?

JL— I know I’m really excited for the villains. That’s one of my favorite things because, when it comes to anything that has to do with Batman, I love the villains. I’ve actually loved the villains more than anything. And then I’m really excited for this journey Ryan is going on with her mom. I don’t even know what’s going to happen. Robin knows this about me. I can only read the episode that is the episode coming up. I can’t read any further than that because then I start getting confused and making character decisions that aren’t even applying to this episode. So they all may know what’s happening in episode 9 and I only know what’s happening in this current episode that I’m on. I have no idea what’s going to happen with Ryan and Jada. Then, to top it off, we did a scene the other day and Jada did some real crazy thing. I’m looking at whatever happened, and I come back and I look at Jada and I think to myself—I think this as Javicia and I think Ryan thought this too—’Do I really want to be a part of this family? They are crazy!

RG— Katie! You should’ve seen it. She turns back around and goes—‘I don’t know!’

KJ— I love that you’ve been able to incorporate that!

RG— She’s willing to do anything and I mean anything! But, Javicia—just so you know—we have some other history that’s going to be made when you speak of villains in a way. We can’t give it away, don’t you give it away!

JL— I know I’m bad about that.

RG— I think the world will be really excited to see.

JL— I give a lot of—what are they called?

JL— I give a lot of spoilers so I have to kind of like, reel it in. 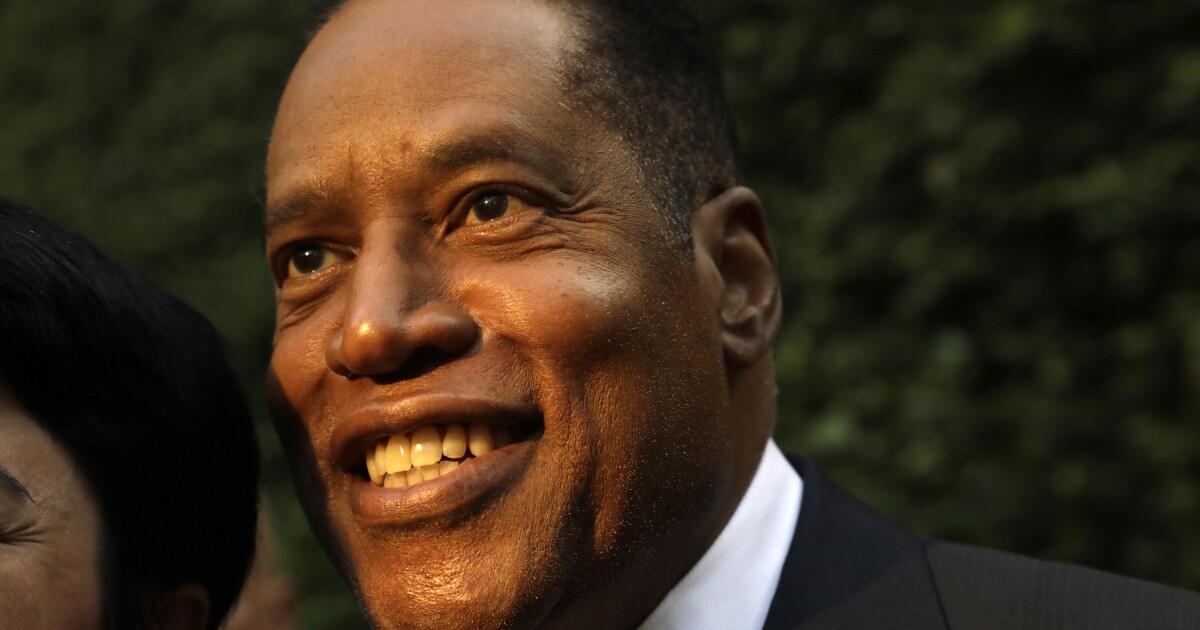 Conservative talk show host Larry Elder has emerged as the …