In front of him sit three rows of squat, rugged, open wheeled vehicles with roll cages, their engines burbling and rasping. Above him, the rain that had been threatening all morning begins to cascade down. Around him, spectators huddle under whatever shelter they can find or simply stand and get wet.

This is the Red Bull Stone Scramble, in the heart of Appalachian Mountains, and the vehicles are UTVs, or Utility Terrain Vehicles. Things are about to get very muddy indeed.

Among the racers ready to plunge into three laps of the nine-mile woodland course is 19-year-old Mia Chapman, and her specially modified Polaris RZR RS1. Something of a phenomenon in this growing sport, she has clinched seven championships and stood on more than 120 podiums in an already distinguished short-track racing career, mainly racing in the desert.

Today, however — only her second outing in the Red Bull Series of UTV races — will be something different.

“Today, I’m expecting a lot of chaos, for sure,” she tells CNN Sport before the race, as little spits of rain began to fall.

“There’s a lot of cars on kind of a one-lane track, even though we have split ways to go. I think it’s going to be crazy but a lot of fun, and overall, it’s just going to take endurance to get through the race and, hopefully, finish good.”

Chapman is one of an increasing number of women who have taken to this type of off-road driving. Pam Kermisch, who heads up customer engagement and marketing at Polaris, the dominant UTV manufacturer, says that female ownership was up 40% across Polaris’ brands in 2020, compared to 2019.

“In Off Road Vehicles (ORVs) specifically, while men still make up the majority of our customer base, we have been seeing new women ORV customers growing at a higher rate than new men over the last 10 years,” Kermisch tells CNN.

Having started her racing career with karts aged just six, Chapman has had plenty of time to adjust to being the focus of attention.

“There’s definitely a difference in the way you get treated when you’re first coming up into racing, being a girl,” she says.

“Just because when someone sees a girl in a race car, they probably just assume they’re not going to be that good because, you know, they’re a girl. But then you kind of learn to prove yourself, and the more you start doing that, the more people respect you.”

Prove herself Chapman most certainly has. “Now, I don’t really consider myself a female racer, per se. I mean, I’m doing the same thing as all the boys that are out there, so there’s not really that difference.”

A permanent fixture alongside the Arizona native is her father, Joe. He tells CNN Sport the rationale behind getting his daughter into racing. “We’re from a real small town in between Phoenix and Tucson, and, you know, a couple thousand people live there.

“It’s a farming community, a prison community, and growing up there, there’s nothing for kids to do. It’s so small,” he explains.

“My parents divorced when I was about nine or 10 years old,” he continues. “My dad went over the road truck driving, so he wasn’t there to raise me, so I had friends that raced motocross, you know, local stuff.

“I wanted to do that, and so my dad made a deal with me when I was about 10. He told me, ‘If you get good grades in school and just stay out of trouble, I’ll pay for your racing.’

“You know, he’s like, ‘I can’t be there to keep you out of trouble and raise you, at least I could sort of give you a direction to go and support that, so you have something to do.'”

Joe Chapman raced dirt bikes until he was 18, avoiding the distractions of the desert parties most kids his age were enjoying to focus instead on his passion. “As I became a young adult, I recognized what my dad did. I’m sort of trying to do that for my own kids.”

Part of the attraction of UTV racing is its affordability. Brett Carpenter, who manages ORV Racing at Polaris, tells CNN it is the fastest growing segment in the off-road category.

“It’s the easiest form of off-road motorsports that a fan can see, and go, ‘I’m going to go do that,’ and then go to a dealership, buy a vehicle and go race,” he explains.

“You can get yourself into a new machine and upfit it with required safety equipment, and then you’re racing the next weekend for essentially maybe $25,000 out of your pocket.”

Affordability is relative, of course, and the Chapman family has made enormous sacrifices to fund Mia’s burgeoning race career. “Racing’s pretty expensive,” Joe Chapman says with a smile.

“He’s so helpful to so many other people in the pits, outside of just his own kids. More people than you can even imagine, who need help, will go to Joe because he’s just a great wealth of knowledge.

“(The Chapman family) is supportive of so many other youth racers that are trying to excel in their careers.”

Mia is clearly enormously appreciative of her father’s role. “I mean he’s my crew chief, he’s my spotter, he drives with me to all the races. He really does it all, which I think makes it better — it gives us a chance to grow our relationship and be closer together,” she says.

Back at the Red Bull Stone Scramble start line, the assembled racers are ready to blast around the track, where their laps will be timed.

The start is staggered into three groups of around 10 cars each to allow space, but it scarcely makes a difference. Launching into the first bend each group bunches together, before blaring out into the rocky, hilly, tree-lined track.

Spectators pick their way through the muck and mire, laughing as they try to keep their feet. At one point, one of the official photographers slips on a huge mound of grassy clay, covering his camera in dirt. He stands and bows to cheers from the crowd.

One racer comes to a stop and gets out to check for any mechanical issue. “Your left front tire’s flat!” shouts a spectator. “Oh, that’s been flat for ages!” he laughs back.

One by one, the racers finish, with few seeming too bothered about where they placed. Racer Mitch Guthrie Jr. grins as he reflects on the chaos. “You can’t see really anything and about half the time I could see, half the time I was wiping my visor,” he tells CNN grinning.

“And then it’s so muddy, you’ve got to watch out for tons of trees and things out there. It’s so slick you never know what the car’s going to do out there, so you’ve got to be on your toes, for sure.”

Mia Chapman pulls herself gingerly out of her RS1 at the finish and eases off her helmet. The course safety officer pours water on her face to clear her eyes.

“It was pretty crazy, to say the least,” she says. “I can barely keep my eyes open right now because there was so much mud coming in the car, and you don’t have enough time to keep cleaning your visor, so you have to leave it open. It was crazy, but it was a lot of fun.”

The Red Bull Series will continue, taking on various types of terrain across America in the coming months, but it is by no means the only meeting of its kind out there.

Perhaps the biggest, known as the “King of the Hammers,” attracts 65,000 spectators — some camping in the desert for a week — and last year saw 2.5 million people watching its livestream.

“That’s like the ‘Burning Man’ of off-road racing!” says Carpenter with a hearty laugh, referencing the annual nine-day festival of music art and eclectic costumes.

“Most weekends, there’s a UTV race or an off-road race going on, whether it’s in the Southwest in the desert, short course in the Midwest, or cross-country trail racing back East. More weekends than not, we’re racing.”

This type of racing may be a niche sport, but amid the mud and mayhem, the broad grins of racers and spectators alike indicate it may be here to stay.

Joe Chapman sees a deeper value in it for his daughter. “Just being on this course today, dealing with the rain, there’s some kind of life lesson to take from today. That’s the way I look at everything.” 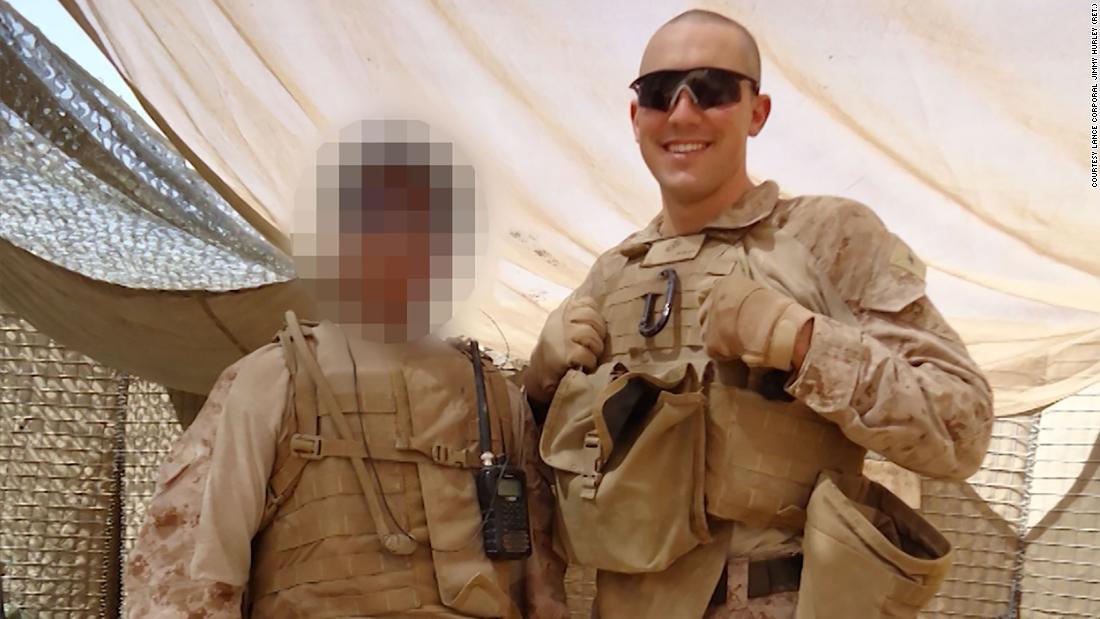 His wife says the first thing she does is hide …

The committee is meeting to mark up the National Defense …