In doing so, the state board said that school districts in Alachua, Brevard, Broward, Duval, Leon, Miami-Dade, Orange and Palm Beach counties were not in compliance and directly violating a Florida Department of Health emergency rule.

As a penalty, Florida Board of Education Commissioner Richard Corcoran has requested that funds for each district be withheld “in an amount equal to 1/12 of all school board members’ salaries,” in addition to withholding any amount equal to federal grant funds awarded to those districts by President Joe Biden’s administration.

Thursday’s vote is the latest development in a showdown between the state and a handful of local school districts that decided to implement a mask requirement in their schools, defying an executive order by Gov. Ron DeSantis that sought to give parents a choice on whether their children should wear masks in class. The state had threatened to withhold funding from districts that violated the order and required masks for everyone.

In comments to the state board, superintendents from those districts argued Thursday they were in compliance, with many citing the increasing Covid-19 case counts and the spread in school as reasons for having the mask mandates.

Additionally, the Department of Health had a “clear inability” to complete contact tracing, case investigations and timely notifications to impacted families, she said, which had “a direct impact of the spread of the virus throughout our school, ultimately jeopardizing the health and safety of students and employees.”

Brevard County Schools Superintendent Mark Mullins argued the mask mandates were necessary after schools opened without them, leading to “catastrophic outcomes for our schools and community.”

“We had over 3,200 positive cases, had to shut down one school and were on the brink of having shut down others,” Mullins said, adding that staff members were also hospitalized.

In a statement issued Thursday, Alachua County Superintendent Carlee Simon said the district would “maintain its current masking protocols” despite the sanction, saying, “We believe those protocols comply with state law and our constitutional obligation to provide students with a safe learning environment.”

The US Department of Education had paid grants to the Alachua and Broward County school districts to offset the penalties by the state, but on Thursday Corcoran called this “one of the most egregious violations” of the US Constitution.

“I strongly believe that this federal grant program improperly attempts to interfere with the state board’s authority to manage our state’s educational system. Education is a state responsibility, not a federal one and one given to this board under our state’s constitution,” Corcoran said.

In response, Ian Rosenblum, deputy assistant secretary for Policy and Programs at the Department of Education, sent a letter to Corcoran Thursday that said efforts to withhold more funding from schools presented “legal concerns.”

“We should be thanking districts for using proven strategies that will keep schools open and safe, not punishing them. We stand with the dedicated educators in Alachua and across the country doing the right thing to protect their school communities,” US Education Secretary Miguel Cardona said last month.

“With these grants, we’re making sure schools and communities across the country that are committed to safely returning to in-person learning know that we have their backs,” he said.

Six of the districts filed a petition against the Department of Health Wednesday, challenging the rule that blocked the implementation of mask mandates and another allowing parents to decide if their student should quarantine after being exposed to Covid-19.

The petition was filed with the Florida Division of Administrative Affairs on behalf of the Miami-Dade, Broward, Orange, Duval, Alachua and Leon County school boards.

The petition specifically challenged the rule allowing parents to opt their children out of mask mandates, calling it “arbitrary and capricious.”

The rule, the petitioners claimed, “is actually focused not on controlling COVID-19 but rather on protecting parental rights.”

Correction: An earlier version of this story incorrectly identified the county where Mark Mullins works. He is the superintendent of Brevard County Public Schools. 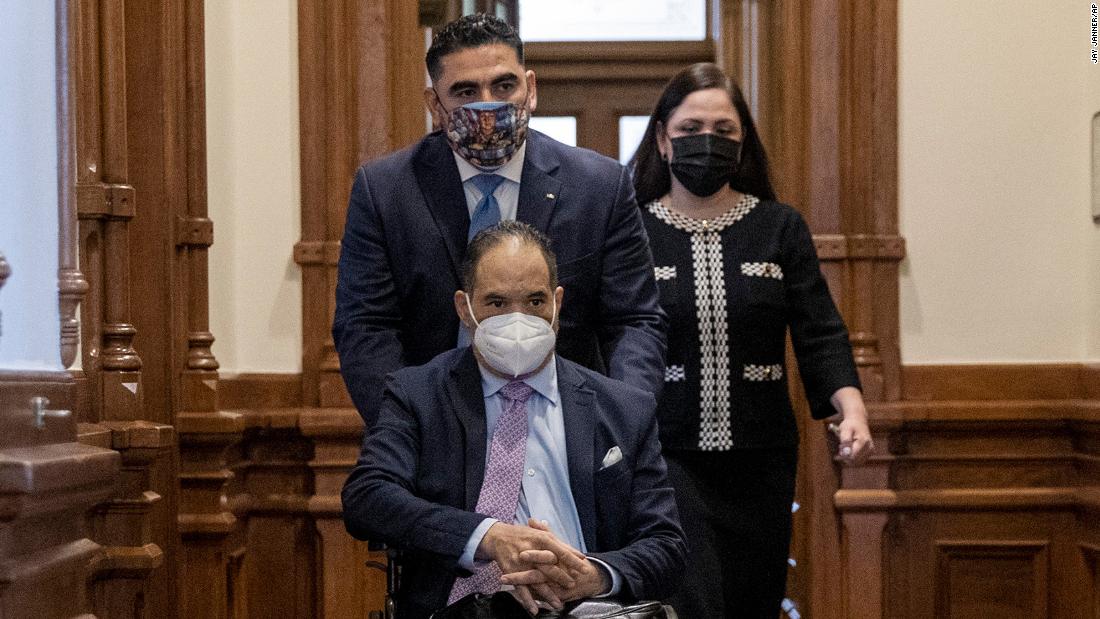 The surprise turn of events quickly led to public accusations …