With one day to go until ballots must be postmarked, deposited in drop boxes, or handed in in-person in California’s gubernatorial recall election,  Gov. Gavin Newsom is teaming up on the campaign trail with his most high-profile Democratic surrogate to date as he tries to save his job steering the nation’s most populous state.

Newsom will be joined by President Biden on Monday at an election eve rally in the southern California city of Long Beach in an effort to convince Golden State Democrats and independents to hand their ballots in and vote against the recall.

NEWSOM SPOTLIGHTS COVID, THE ISSUE THAT SPARKED THE CALIFORNIA RECALL, AS HE FIGHTS TO KEEP HIS JOB

The event with Biden is the culmination of a push by the governor, his political team and allies launched earlier this year to nationalize the recall drive by characterizing it as a Republican “power grab.” The embattled governor this summer has turned to well-known and influential Democrats and progressives to help inform and motivate California Democrats to vote, and in the past two months he has used the coronavirus pandemic – the issue that last year sparked the recall effort – to warn about morbid consequences if a conservative Republican replaces him in running the state.

“This election is a choice about life and death,” Newsom charged at an event in the Bay Area with Vice President Kamala Harris last Wednesday.

In the closing weeks of the recall campaign, Newsom has been touting his efforts to combat the coronavirus, the worst global pandemic in a century, and warning what may happen if he’s replaced by a conservative Republican in the governor’s office. By doing so, the governor has been shining a spotlight on the issue, which over a year ago triggered the efforts to oust him, following accusations that Newsom mishandled the Golden State’s response to the coronavirus with heavy-handed mandates that flattened the economy.

Newsom has repeatedly compared California’s COVID rates to much higher ones in large states with conservative governors, such as Texas and Florida. And the governor has also taken aim at Larry Elder, the conservative talk radio host and the polling and fundraising front-runner among the 46 gubernatorial replacement candidates on the recall ballot, who has said he’d halt the state’s vaccine and mask requirements if elected.

ELDER URGES SUPPORTERS TO REPORT ‘ANYTHING SUSPICIOUS’ IN RECALL ELECTIONS

“I know that Gavin Newsom has mandated that every state worker who has not been vaccinated be tested once a week and wear a face mask at work. I’m going to repeal that before I have my first cup of coffee,” Elder pledged on the campaign trail earlier this month.

Many of the other leading Republican replacement candidates have joined Elder in saying that while they don’t oppose vaccines, they would roll back Newsom’s statewide vaccine mandates for those working for the state, in health care and at schools.

But the governor argues that such moves would set California back in its battle to combat the coronavirus and recently emphasized that “there is no more consequential decision to the health and safety of the people, the state of California, than voting ‘no’ on this Republican recall.”

WILL NEWSOM’S MASSIVE AIRWAVES ADVANTAGE HELP HIM SAVE HIS JOB?

Former President Obama, who remains extremely popular among Democrats, says in a TV ad for Newsom, which is running statewide, that the governor “has spent the past year and a half protecting California communities. Now Republicans are trying to recall him from office and overturn common-sense COVID safety measures for health care workers and school staff.”

Voters are being asked two questions on the Newsom recall ballots. The first question is whether the governor should be removed from office. If more than 50% support removing Newsom, the second question offers a list of candidates running to replace the governor. If the governor is recalled, the candidate who wins the most votes on the second question – regardless of whether it’s a majority or just a small plurality – would succeed Newsom in steering California.

The governor and his team for months have framed the recall drive against him as an effort by the far right, supporters of former President Trump, national Republicans and conservative media to oust him. The political effort to save his job is called “Stop the Republican Recall.”

Newsom told a crowd at a recent rally that while Trump was defeated by Biden in November’s presidential election, “we did not defeat Trumpism…it is still alive across this country.” And spotlighting his fight, the governor said “it has come to the state of California.”

NEWSOM SPOTLIGHTS TRUMP AS HE FIGHTS TO SURVIVE CALIFORNIA RECALL

It’s no surprise that over the past six weeks Newsom and his allies have been regularly blasting Elder. They’ve sent out press releases, fundraising emails, social media posts and indirectly targeted Elder in ads, highlighting his opposition to having any minimum wage, his downplaying of climate change and the nation’s issues with racial inequity, his controversial comments about women — and tying him to Trump.

Newsom emphasized last month that it’s “important to focus on Larry” because he argued that Elder’s “even more extreme than Trump in many respects.”

Newsom’s recall campaign team has also targeted another of the leading GOP replacement candidates – former two-term San Diego Mayor Kevin Faulconer – by spotlighting a photo of him beside then-President Trump in the Oval Office.

Newsom’s strategy is simple: Trump, outside of his conservative base, is extremely unpopular in the very blue state of California. The then-president lost the Golden State and its whopping 55 electoral votes by over 5 million votes to Biden last November. And Newsom – who won election as governor in 2018 by 24 points – and his allies acknowledge that they need a strong turnout to counter Republican voters motivated to cast ballots in Tuesday’s election in hopes of ousting the governor.

FROM BIDEN TO HARRIS TO SANDERS AND WARREN, TOP DEMOCRATS HELP NEWSOM IN RECALL’S CLOSING DAYS

The biggest stars are lending Newsom a helping hand.

In addition to the president and vice president, Sen. Elizabeth Warren of Massachusetts, a progressive leader who also unsuccessfully ran for the White House in 2020, and Sen. Amy Klobuchar of Minnesota, another Democratic presidential contender last cycle, each teamed up with Newsom at rallies earlier this month.

It’s not just on the campaign trail where the governor’s getting a lift from top surrogates. Both Obama and Sen. Bernie Sanders of Vermont, the progressive champion and runner-up to Biden in the 2020 Democratic presidential primaries, are both making the pitch for Newsom in TV spots.

Newsom’s strategy may be working.

Most public opinion polls conducted in July and August indicated that likely voters were divided on whether to recall Newsom.

But the latest surveys conducted over the past three weeks suggest that a solid majority of likely voters in the recall election support keeping the governor in office. 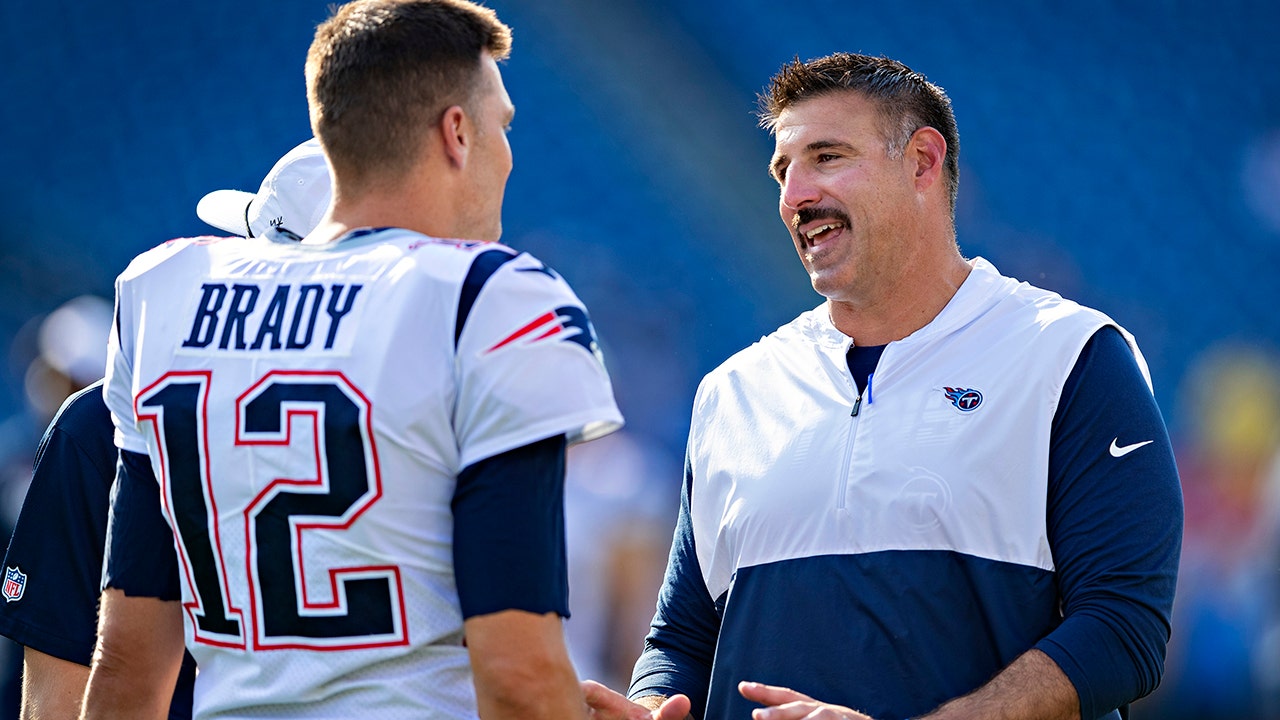 Long before Mike Vrabel became head coach of the Tennessee …