The latest Fox News national survey of likely voters showed that Biden’s lead over Trump has narrowed to 8 points. In a Fox News Poll earlier this month of three battleground states, both candidates actually were much closer.

In Pennsylvania and Wisconsin, Biden’s advantage in the Fox News Poll from Oct. 21 was within the margin of error.

Trump carried each of these states by less than a percentage point in 2016.

These are the key swing that are likely to help decide who stays in, or goes to, the White House.

The fiercest struggle between the two candidates is in Pennsylvania.

“Pennsylvania is key,” Sean Trende, a senior elections analyst for RealClearPolitics, told “Fox & Friends” on Saturday. “It’s part of the reasons you’ve seen the campaigns going there so much.”

Recent national polls in Pennsylvania have shown that Biden has had a slight advantage, but Trump is still within striking distance.

Trump became the first Republican nominee four years ago to win Pennsylvania since George H.W. Bush in 1988, carrying the state — and its 20 electoral votes — by less than 1 percent over Hillary Clinton Clinton.

Biden, who was born in Scranton and served in the Senate from neighboring Delaware, has heavily concentrated on the state this election cycle. Trump has also held his signature rallies leading up to Election Day.

“This time Pennsylvania really is the Keystone State,” Trende said.

But campaign strategist John Thomas notes Trump is in a different situation this time around in Pennsylvania.

TRUMP IN ‘STRONGER POSITION THAN HE WAS IN 2016’ IN BATTLEGROUND STATES: REP. MCCARTHY

“This is one of those things that exposes the president’s weakness this cycle,” he said Sunday on “Fox & Friends First.” “He’s softer with suburban voters now than he was in 2016, particularly because of their questioning of his handling of coronavirus.”

Pennsylvania is a “must-win” state for Trump, according to Thomas.

“The president is trying both to do better with suburban voters and turn out his base with rural voters,” he said. “It’s all about turning out your base if you’re President Trump.”

The Sunshine State’s 29 electoral votes are what traditionally make it a political battleground.

In 2000, it was the state that decided the presidential election between then-Texas Gov. George W. Bush and Vice President Al Gore.  Bush won the state by 5 points in his 2004 reelection.

Barack Obama carried the state by razor-thin margins in 2008 and 2012. Four years ago, Trump narrowly edged Clinton by 1.2 points to flip the state from blue to red.

Recent polls show the race between the two candidates is close. Thomas said Sunday that Florida is “historically tight.”

“No one wins this by a landslide and both campaigns are not taking that state for granted,” he said on “Fox & Friends First.”

Trump stunned Clinton in 2016 when he flipped Wisconsin, a state which was carried by Democrats for a decade. But similar to Pennsylvania, Trump has been underperforming with key groups who helped him ride into victory in 2016, such as suburban voters.

An average of the most recent polls in Wisconsin gives Biden a mid-single-digit lead in the battle for the state’s 10 electoral votes. The state is also experiencing a surge in coronavirus cases.

THE PRESIDENTIAL ELECTION COMES DOWN TO THESE 12 STATES

“If Wisconsin goes to Biden, it gets kind of dicey for President Trump,” Trende said Saturday. “He really needs to have strong showings in these other states for it to add up.”

According to Trende, a lot of states in the Upper Midwest that Trump needs to win are demographically similar to Wisconsin. So if he ends up losing that state, he “really finds himself in a hole.”

Another Midwestern state that swung for Trump in 2016–Michigan–is at risk of going another way this time.

“This is a tough state,” Thomas said. “It typically does lean blue.”

The most recent Fox News Poll showed Biden’s lead over Trump was outside the margin of error. An average of other recent polls show Biden has an upper-single-digit lead in the battle for the state’s 16 electoral votes.

But Trump made his last stop in the 2020 cycle in Grand Rapids, the same city where his final campaign rally in 2016 helped to put him over the edge.

An average of the most recent polls out of the state show Biden with a razor-thin edge over the president.

“Definitely not a state that Trump should need to defend, but he’s putting in the time,” Thomas said on “Fox & Friends First,” referring to how Trump and Vice President Mike Pence have made several campaign stops.

In 2008, Obama was the first Democrat to take it in 32 years. Although he narrowly lost there in 2012, as did Clinton in 2016, waves of college-educated newcomers are swelling its booming suburbs, a boost to Biden’s chances.

The former vice president has put the traditionally Republican state of Georgia in play this time around.

Biden made two stops in Georgia in the week before Election Day, a state which Trump carried by 5 percentage points to get its 16 electoral votes. An average of recent public polling in Georgia gives Biden a narrow lead.

“This typically isn’t a state that a Republican has to worry about so the fact that we are even talking about it is something else,” Thomas said.

The last Democrat to carry Georgia in a presidential election was Bill Clinton in 1992.

Arizona is another reliably Republican state Trump won four years ago that is also up for grabs, along with its 11 electoral votes.

An average of the most recent polls has Biden and the president basically tied.

Trump won the state in 2016 by 3.5 percentage points, the smallest margin in 20 years, and this year, the Democrats’ Senate candidate, former astronaut Mark Kelly, is running a strong race against Republican incumbent Sen. Martha McSally.

Bill Clinton in 1996 became the only Democrat to win the state since 1952.

While Biden has campaigned lightly in Ohio, he’s spent almost $7 million in advertising in a state Trump won by 8 percentage points in 2016 and said he believes he’s got a “fighting chance.”

Surveys and operatives in both parties have said both candidates were basically in a dead heat as the campaigns reached their final stretch. The Buckeye State wasn’t expected to be a swing state for this presidential contest.

“Ohio’s that critical state where it always is about the economy,” Thomas said. “Trump’s gotta drive his message on both that he’s done it once, he can do it again, and also that he’s holding China accountable for hurting us in a trade war.”

Trump flipped the state in 2016, winning its 18 electoral votes. His margin of victory was the largest by any presidential candidate in nearly three decades.

After Trump flipped Iowa four years ago and topped Clinton by 9 points, the state has also emerged as a battleground in 2020.

An average of polls in the state show the two candidates are close, with the latest Des Moines Register/Mediacom Iowa poll showing Trump up by 7 percentage points.

The state’s six electoral votes are up for grabs. 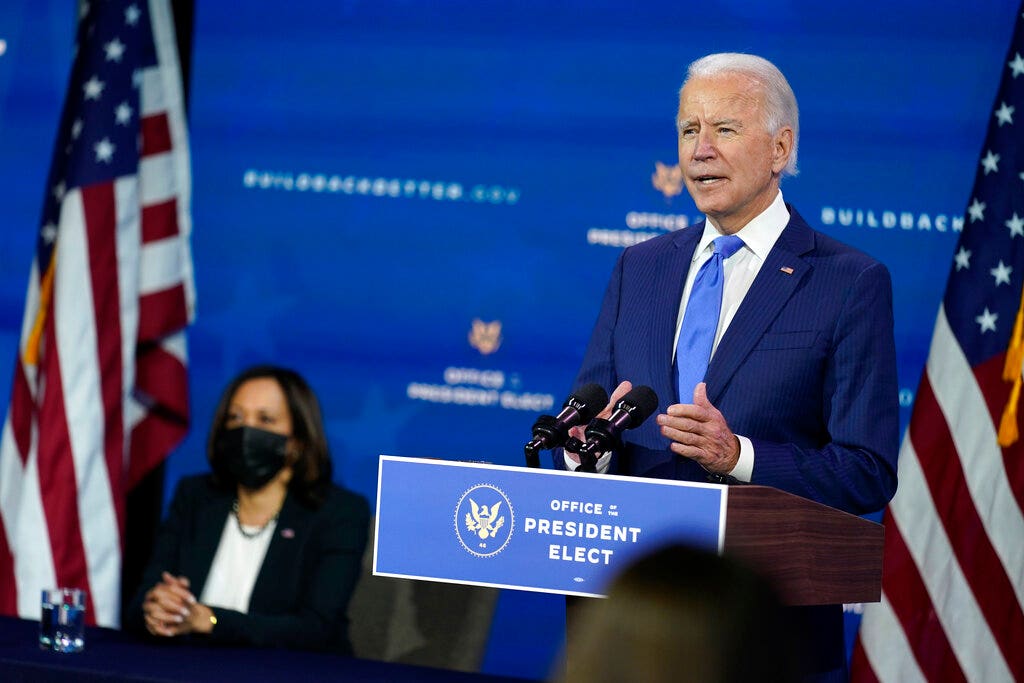 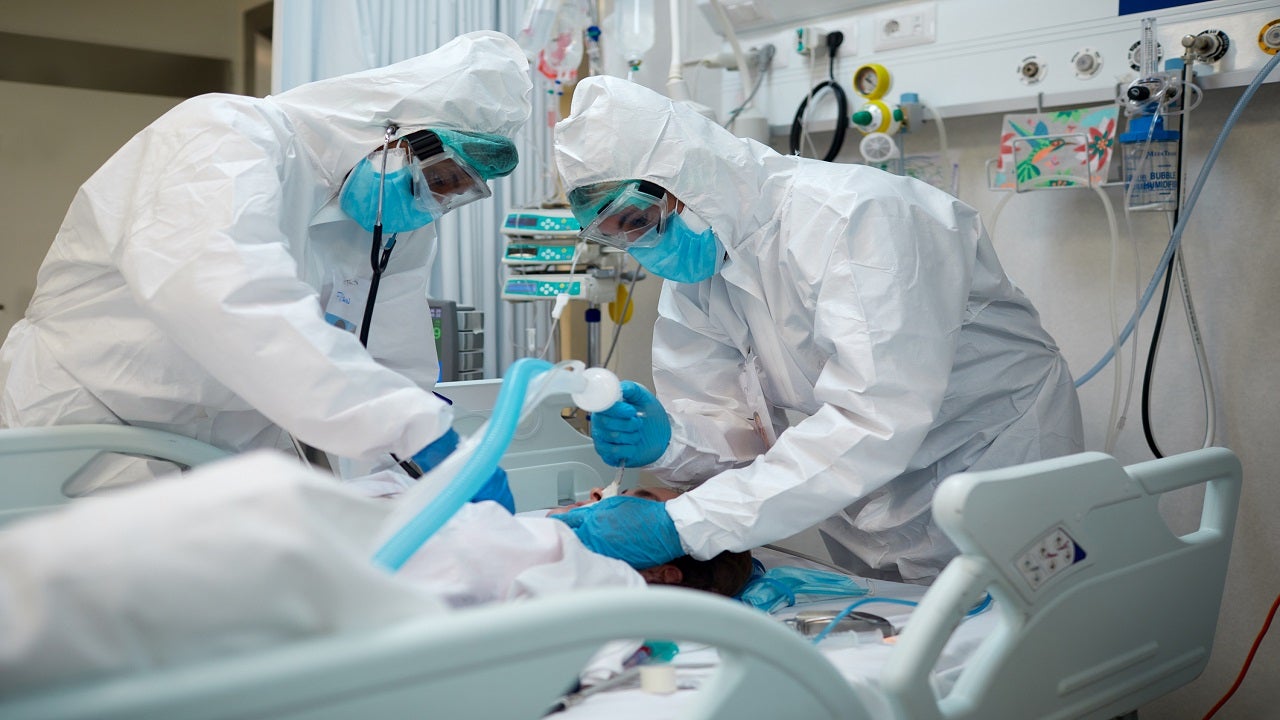 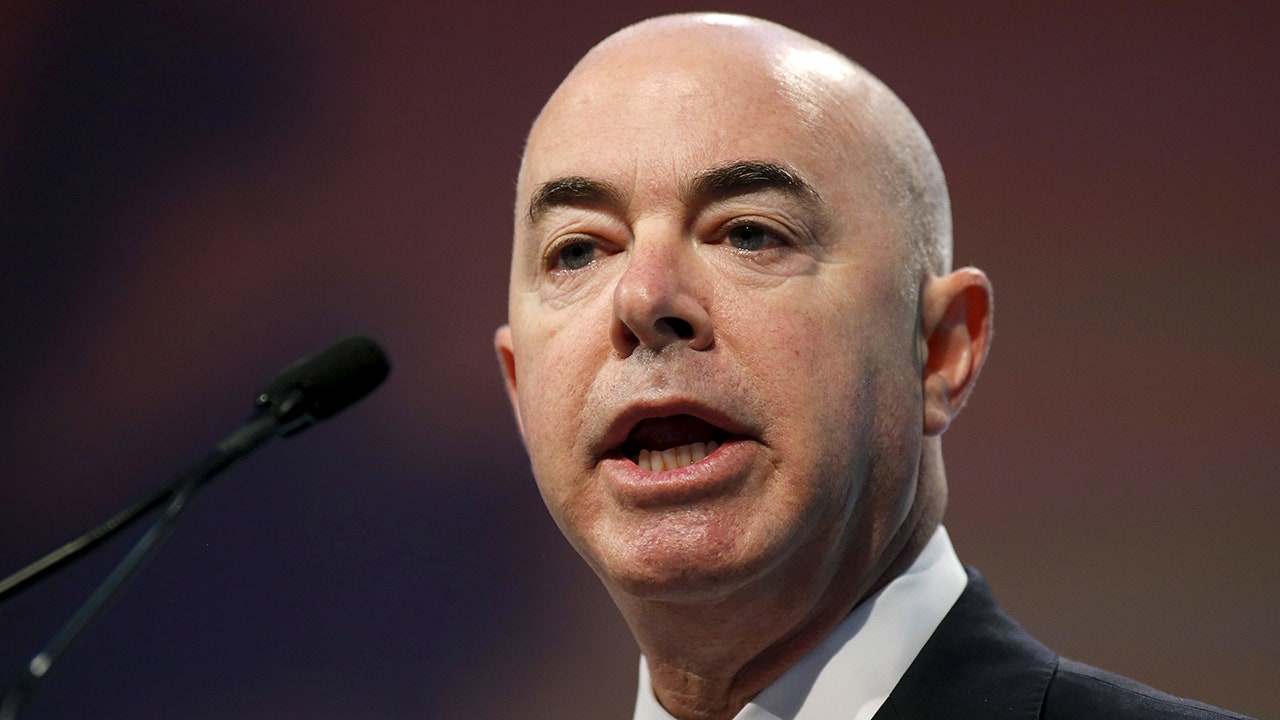 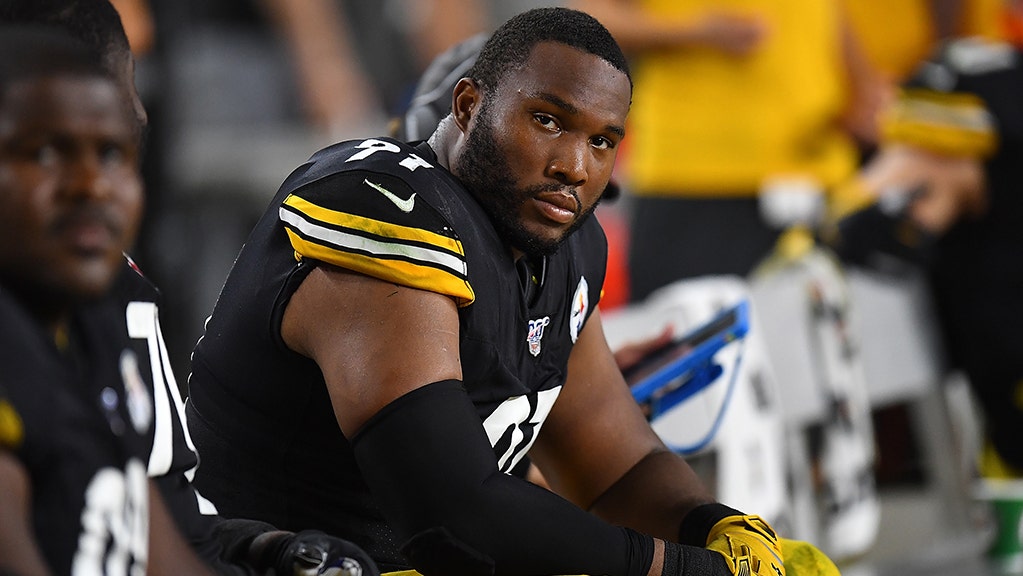 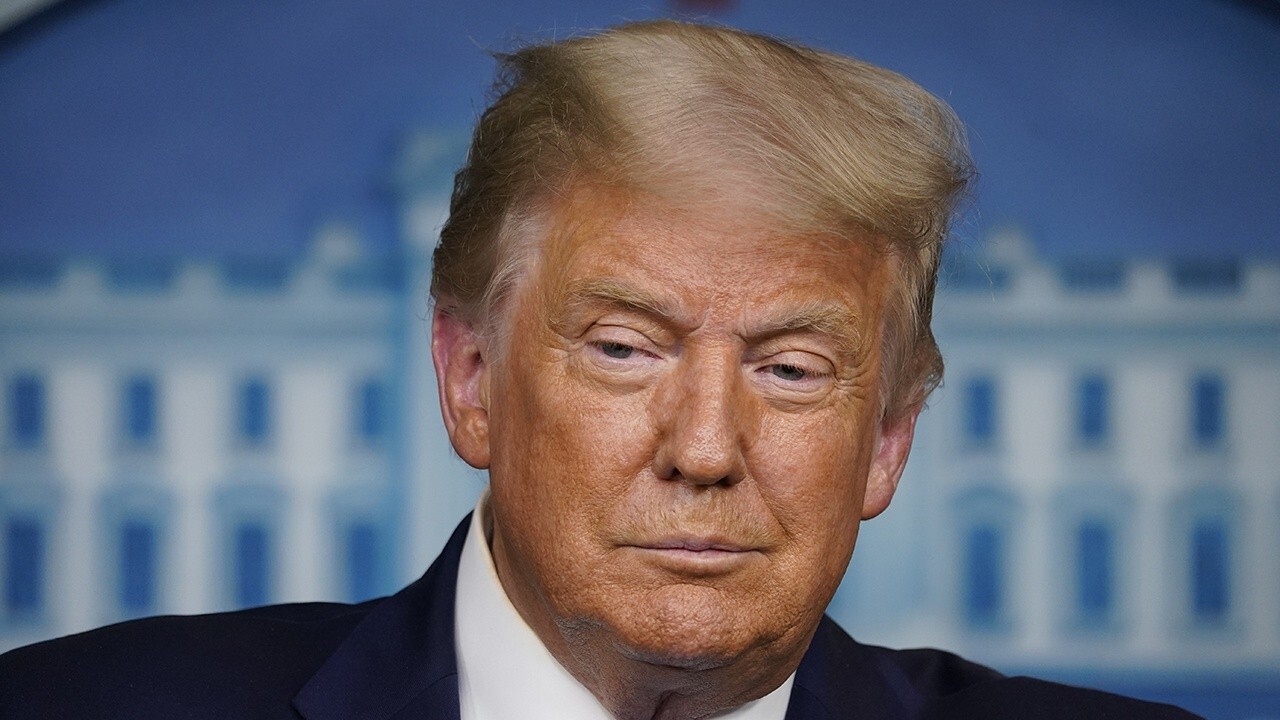 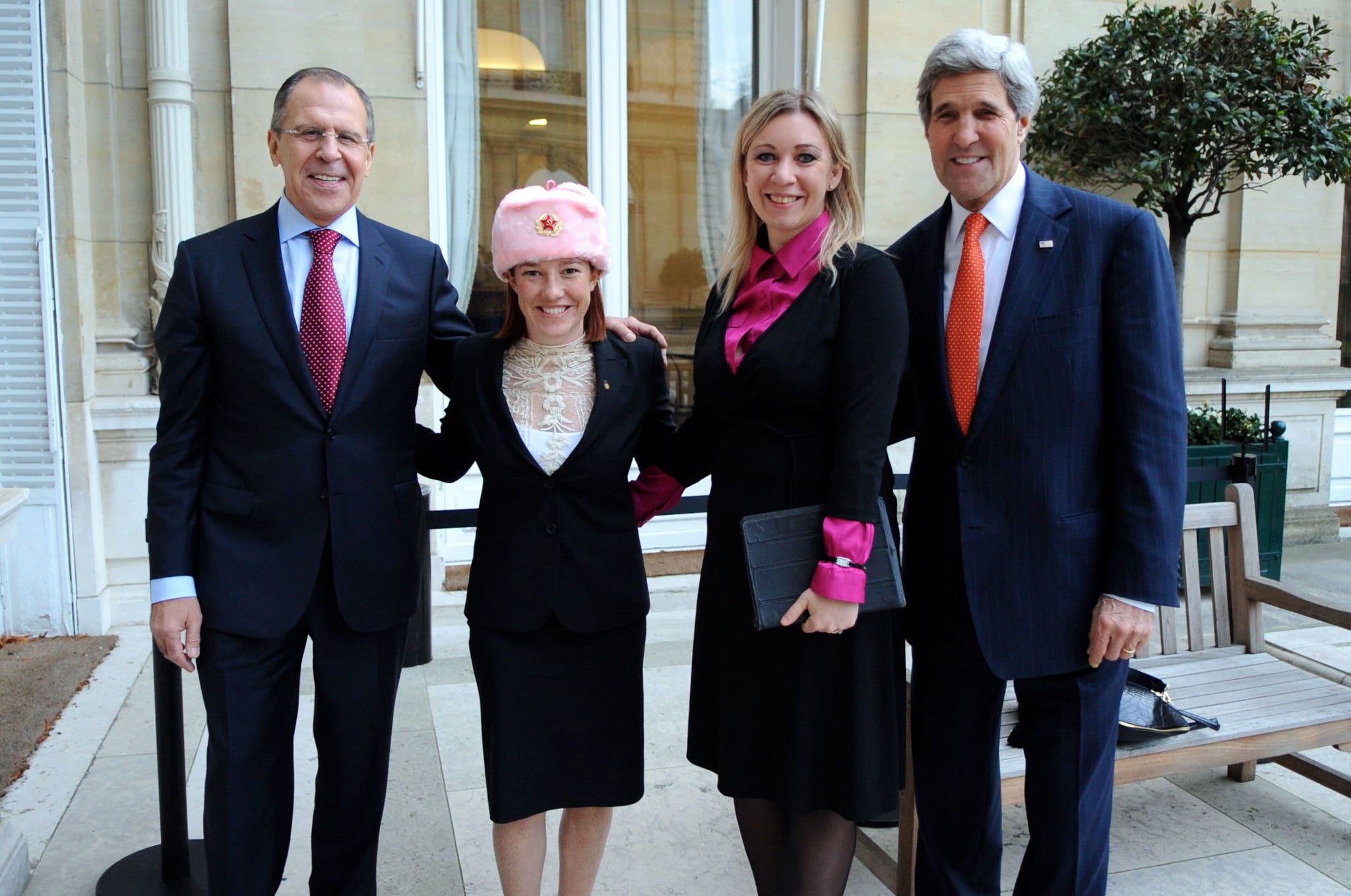