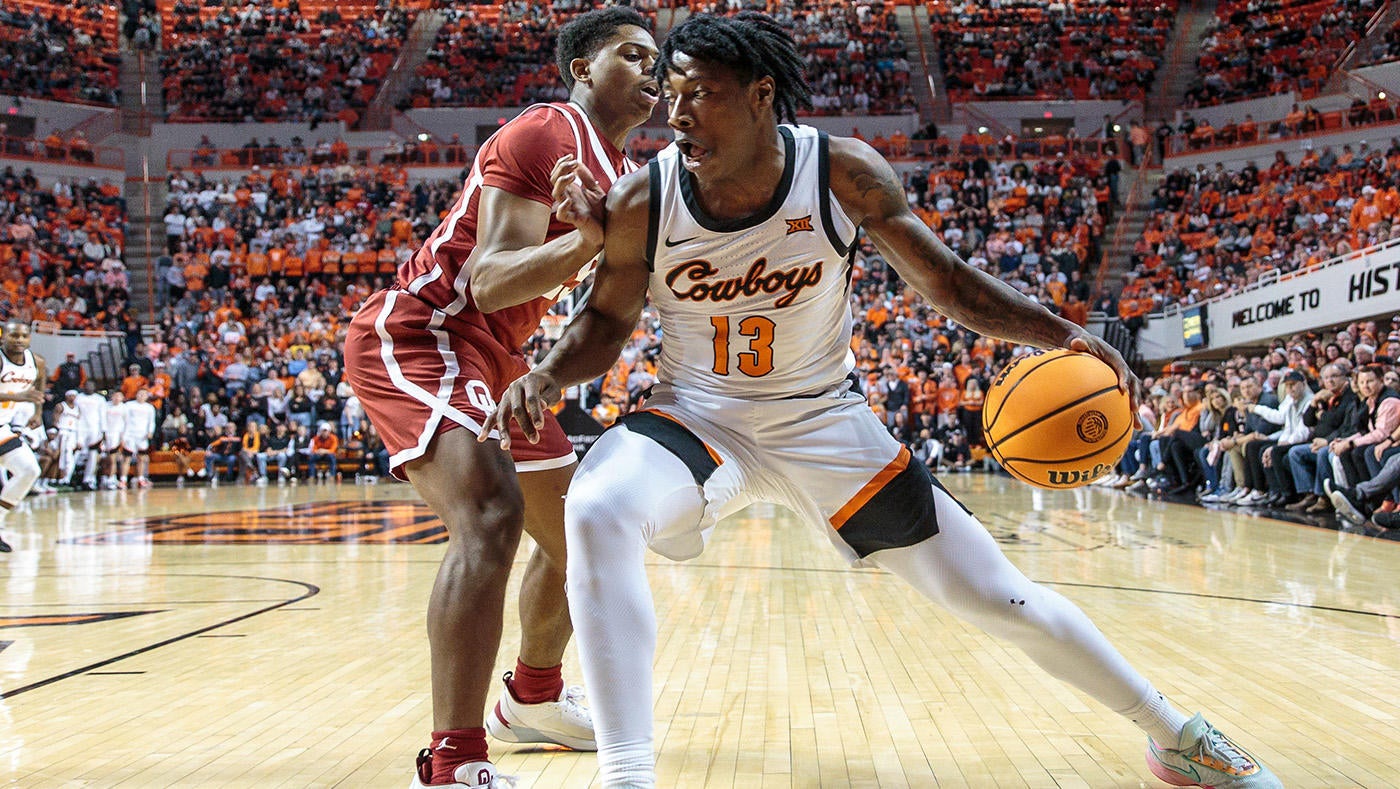 With fewer than seven weeks to go until Selection Sunday for the 2023 NCAA Tournament, the midpoint of college basketball’s regular season has flown by. Résumés are being cemented, but there is still time for some teams outside the NCAA Tournament picture to turn things around and reach the Big Dance.

Every team that qualifies for its conference tournament will have a chance to secure an automatic bid, and those with a strong regular-season finish can play their way in to at-large candidacy. This time last year, Virginia Tech was just 10-10 (2-7 ACC) and clearly on the wrong side of the bubble. But the Hokies won nine of their last 11 regular-season games, and then won four games in four days at the ACC Tournament to reach the NCAA Tournament as a No. 11 seed.

As it so happens, the Hokies find themselves in a similar situation this season by needing a big finish to make the 68-team field. Plenty of other teams with lofty preseason aspirations also find themselves firmly on the wrong side of the bubble as February inches closer.

For this week’s edition of the Dribble Handoff, our writers are picking the teams currently outside of CBS Sports Bracketology Expert Jerry Palm’s projected NCAA Tournament field who they believe will wind playing in the Big Dance.

Texas A&M isn’t even one of Jerry Palm’s First Four Out, which is totally understandable. I didn’t write that to highlight a perceived error as much as I wrote it to illustrate just how much work the Aggies need to do.

They’re clearly headed in the right direction, though. After a 6-5 start featuring multiple troubling losses, Texas A&M has gone 7-1 in its past eight games with the lone loss coming at Kentucky. The Aggies performed like a top-10 team in that eight-game stretch, according to BartTorvik.com. So they’re now 3-4 in the first two quadrants, with one additional loss falling in Quadrant 3 (Murray State) and another falling in Quadrant 4 (Wofford).

That’s not great; however, eight of Texas A&M’s final 12 regular-season games will be Quadrant 1 contests based on the current NET rankings. If the Aggies continue their high-level play from recent weeks, they should win enough of those Quad-1 games to make the NCAA Tournament for the first time under Buzz Williams. — Gary Parrish

Here’s what I have confidence in: The strength of the Big 12. The league rates streets ahead of all other conferences in every metric; it is inarguable that this league is No. 1. There is a chasm between the top six (pick your order) of Iowa State, Texas, Kansas State, Kansas, TCU and Baylor. Any of those teams could win the league, and the other four are a level or two below.

That said, I figure one of Oklahoma, Oklahoma State, West Virginia and Texas Tech is going to find an at-large profile. TTU is still winless in the league; it’s not dancing this season. West Virginia is 1-6 in the Big 12 and 11-8 overall. Not much better. The Oklahoma schools are both 11-9 and shaky. The Cowboys do have a top-10 defense in the country, however. They own a win over Iowa State and have more home games than road games remaining. The Quad 1 victories are there. Even if barely, even if it means going to Dayton for the First Four, I’ll ride with the Pokes. — Matt Norlander

No team under the ACC’s current configuration has started 1-7 in league play and gone on to earn an at-large bid in the NCAA Tournament. That’s nearly a decade of results post-realignment suggesting such slow starts are death knells for March Madness hopes. Virginia Tech getting into the 68-team field would, by modern standards, be unprecedented. But in the Hokies I believe.

They ended a seven-game skid in league play with a win over Duke at home, but dig a little deeper and the losing streak isn’t as bad as it seems. One loss came in overtime, three were by one possession, one was by a single point, and all of them were by 10 points or fewer.

This team is close to turning a corner. It’s 49th in the NET, 46th at KenPom and 46th at BartTorvik — in the same neighborhood as projected NCAA Tournament teams. With a 2-7 ACC record and the losses having already accumulated, Virginia Tech’s margin for error is slim. In a year when the league is historically down bad, however, this team could do wonders if it’s even marginally better moving forward.

The schedule sets up well down the stretch, and given the way Mike Young’s club has handled adversity, I’m buying low while I can. Keep in mind: Virginia Tech opened up ACC play 2-7 last year before finishing 11-9 in the regular season and winning the ACC Tournament outright to eventually earn an 11-seed. Don’t write this program off too soon. — Kyle Boone

At 14-7 (7-3 Pac-12), Utah is rounding into form after sweeping the Washington schools in convincing fashion. The Utes are just 4-7 vs. Quads 1 and 2 but a perfect 10-0 vs. Quads 3 and 4. Five of their final 10 games are of the Quad 1 variety, giving them ample opportunity to polish their résumé. Senior big man Branden Carlson is playing the best basketball of his career, averaging 17 points and 7.6 rebounds on 56.8% shooting from the floor. He’s also blocking 2.3 shots per game and shooting 43.8% from beyond the arc on 3.2 attempts per game, which is an excellent figure for a 7-footer.

Carlson’s rim protection is one of the reasons why Utah’s defense is among the best in the country. Opponents shoot just 37.4% from the floor against the Utes and only 28% from beyond the arc. Both marks are among the top 10 nationally, and Utah holds foes to just 62.3 points per game, which is 28th in the country.

Utah’s offense is not elite, but the Utes shot better than 50% from the floor in their blowout wins over Washington State and Washington last week. If those performances marked a turning point for the offense, then this team will find itself on the right side of the projected bubble in short order. — David Cobb

The Bachelorette’s Clare Crawley Marries Ryan Dawkins: ‘The Best Day of My Life!’

No more weekly ads in the mail