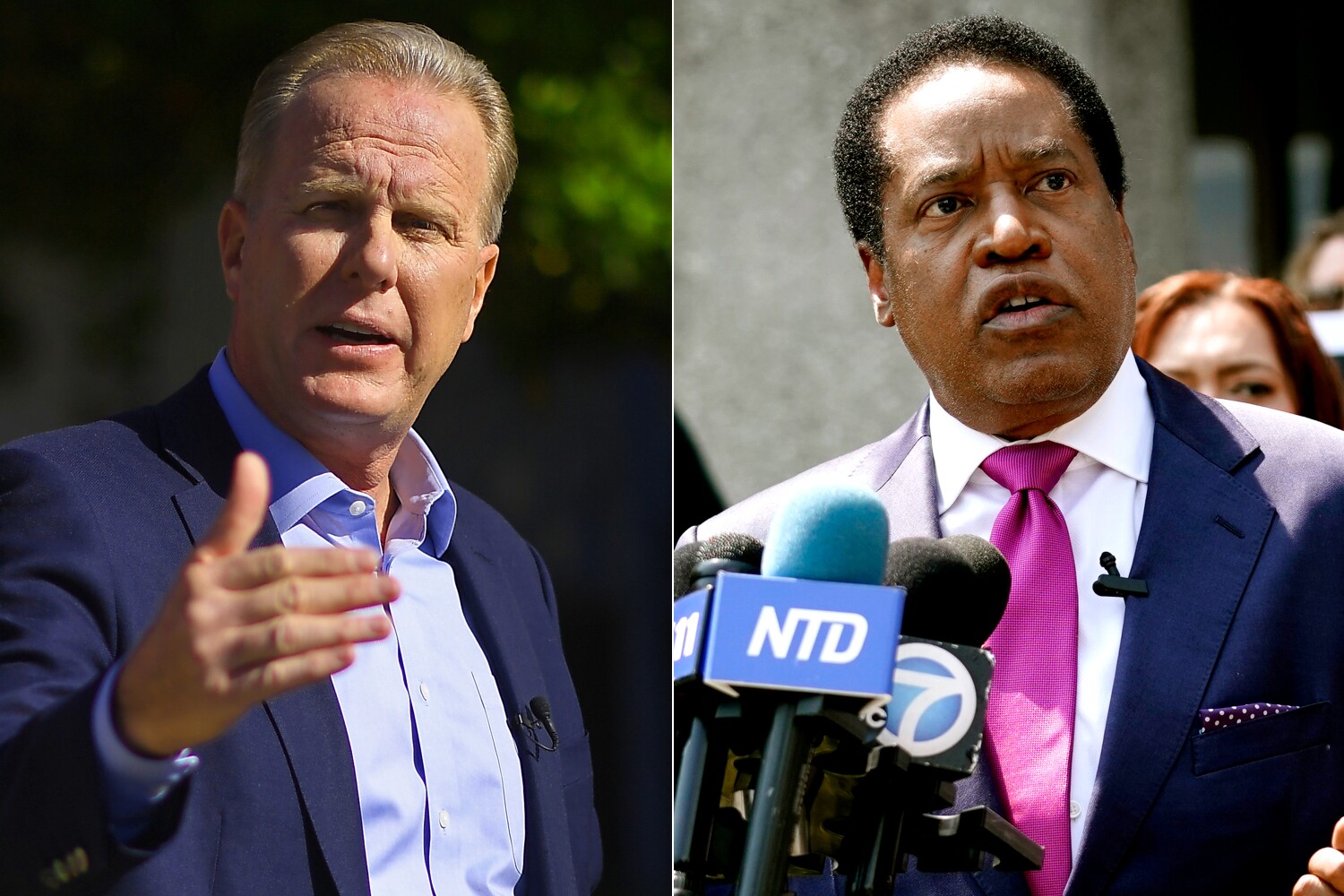 Was this the most frivolous waste of time in California election history?

It was a serious contender, that’s for sure.

“I’d say it was primarily a waste of time because it never became about the big issues confronting California,” said Rob Stutzman.

“Much ado about nothing,” said Mike Madrid.

And who are Stutzman and Madrid? They’re not lefty apologists, if that’s what you were thinking. They’re longtime Republican consultants. And the recall, of course, was a GOP-inspired takedown attempt, with marginal support from Democrats and independent voters.

The problem is that the GOP, in California and the rest of the nation, is not a political party so much as a support group for grouchy saber rattlers.

“Nobody can tell you what Republicanism means anymore, or what it stands for,” Madrid told me when the recall kicked off this spring. “They can only tell you what they’re against.… And you can’t build a movement based on what you’re against.”

In this recall, they were against Gov. Gavin Newsom, so much so that they thought we ought to have a recall election one year before Newsom’s term was up. Madrid said it was clear to him early on that Newsom would survive because throwing him out of office would have required “a massive Democratic defection.”

It was a long shot but a conceivable possibility, and one poll in August made it look like a tossup. But the missing ingredient was a strong contender who might pull some Democrats across the line.

The cast of challengers included clownish pretenders and tired retreads. The only one who got any traction — radio show host Larry Elder — was so out of step with mainstream California, the Newsom camp must have thought it was Christmas in September.

I mean, think about it. The top GOP contender was a Donald Trump cheerleader who is opposed to a minimum wage, loves blaming victims, has been a climate change skeptic, once said women are not as well informed as men, and pledged to end mask and vaccine mandates.

You can wave those flags all you want, and a small portion of the electorate will stand and salute. Except that sounding like a candidate for governor of Texas does not get you very far in California.

But will the state GOP get the message? Don’t bet on it. They can rip the state’s Democratic leaders all they want, with just cause in many cases, because the state’s woes and the leadership failures are multitudinous, as I laid out in my Sunday column.

But guess what. There’s a reason Dems are in charge. It’s that the GOP hasn’t had any winning ideas or viable candidates in years, and this recall campaign may only set the party back even more.

“I don’t see [the state] advancing a moderate [Republican] to a general election runoff next year,” said Stutzman. “I don’t know who that would be.”

It might have been former San Diego mayor and recall candidate Kevin Faulconer. But “he decided not to embrace that kind of candidacy and didn’t have the financing to break through even if he did,” said Stutzman.

The only shot in a future election might be for a self-funded GOP candidate, Stutzman said. But that didn’t work for Silicon Valley mogul Meg Whitman, who spent $144 million of her own money in a 2010 run for governor but lost to Jerry Brown.

The winning ideas just haven’t been there on the GOP side, said Madrid. He recalled conversations with a state GOP leader who would say, “California’s got the worst homelessness problem in America, the worst housing crisis in America, the worst income divide, with human feces and hypodermic needles on the streets. And my response to that is, yeah, and people still don’t see the Republican Party as a viable alternative, and people would rather live with all of that than vote for a Republican. And that’s a Republican problem.”

Madrid, born in Ventura County and raised by Mexican American parents, still counts himself a proud old-school Republican. But he’s frustrated by what he called the white identity politics that dominate the GOP and alienate millions of people of color at a time when the country is becoming increasingly diverse.

Madrid is also frustrated that California’s GOP didn’t take cues from Massachusetts, Maryland and Vermont, all of which are blue states led by Republican governors.

“One thing [those governors] have in common is that they have spoken out against Trump and the ethno-nationalism that has consumed the Republican Party,” said Madrid, who accused Faulconer of cowardice because he was “anti-Trump for three years as mayor of San Diego before climbing into his lap to run in the recall.”

Madrid said he believes that Newsom mishandled the pandemic in some ways and that deep-seated problems such as income inequality and unaffordable housing have either not improved or gotten worse in the last three years, leaving a huge opening for honest conversations about the fixes.

“But that’s no longer a debate we’re having. The debate we’re having now is whether we should tear the whole thing down or protect and persevere it, as flawed as it is,” Madrid said. “Is this American experiment worth having anymore? The Republican Party is saying no, if it’s not our way, the elections are rigged and let’s tear it down.… Let’s destroy institutions because this is not our America.”

On cue, the day before the election, Trump resurrected his blame game schtick.

“Does anybody really believe the California recall election isn’t rigged?” Trump asked, saying we were in for a “scam” like the one that robbed him of reelection last fall.

After a months-long waste of time, it was the perfect exclamation point. OAKLAND (AP) — The Seattle Mariners realize how much these …