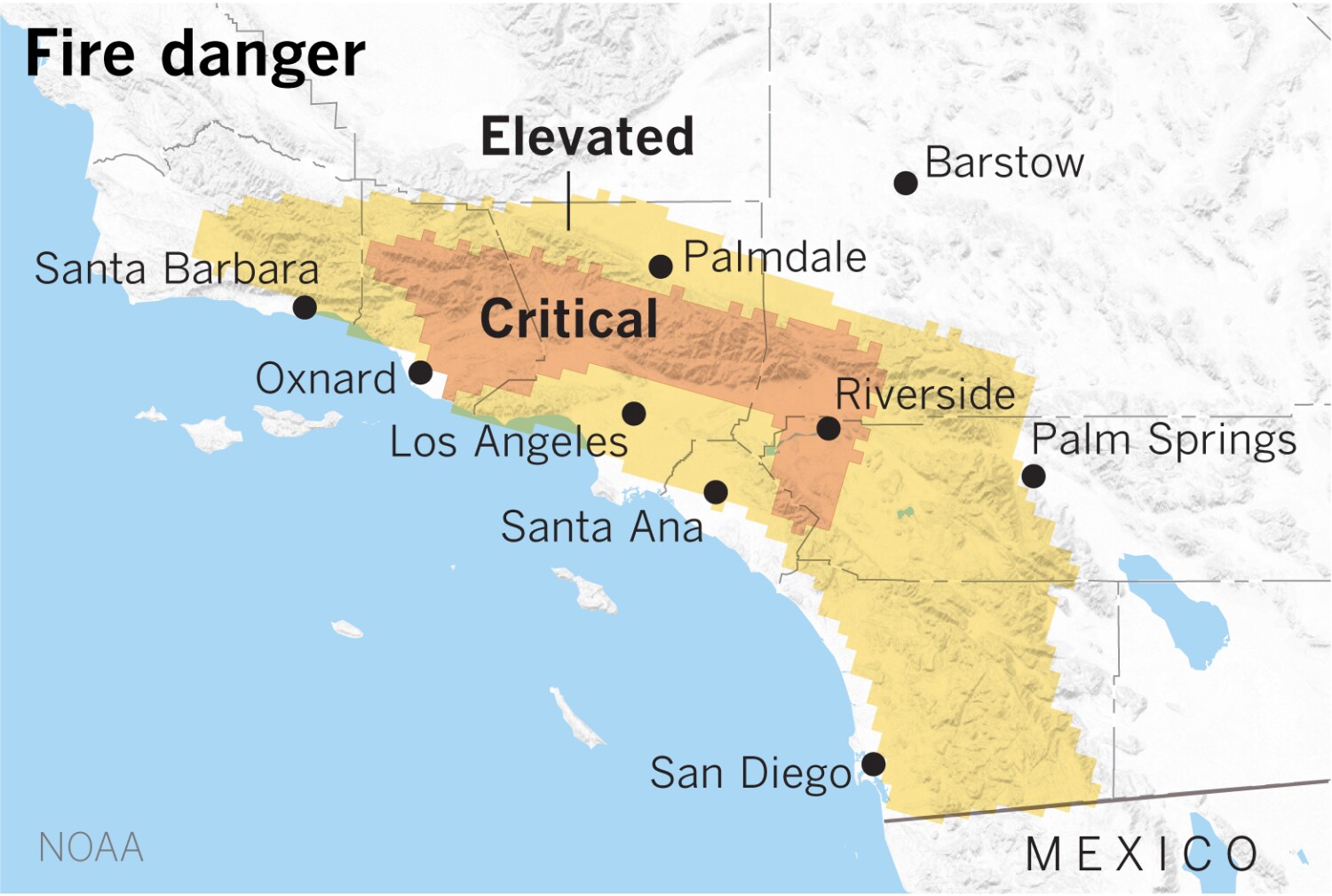 Red flag warnings have been issued for the mountains and valleys from Thursday afternoon through Friday afternoon, and may be extended into Saturday, because of a combination of Santa Ana winds, warm temperatures, low humidity and persistently dry vegetation.

Temperatures are expected to peak Friday at about 20 degrees above normal, said Kristen Stewart, a meteorologist at the National Weather Service in Oxnard.

Another round of potentially stronger Santa Ana winds

is likely Monday though Tuesday or Wednesday, forecasters said.

A conga line of strong storms has capered across the North Pacific, feeding moisture into the Pacific Northwest and delighting surfers with a steady diet of northwest swells this winter. The surf has reached Southern California, but very little rain has. High pressure has been keeping the rain to the north, and that high would need to break down before the Southland could get some of the moisture, according to Stewart.

On Tuesday, an “exceptional” atmospheric river hosed down the Pacific Northwest, causing flooding downpours and strong winds. Strong atmospheric rivers — plumes of moisture that often come from the tropics — like the one Tuesday occur only once or twice a year along the West Coast.

While the Pacific Northwest feasts, Southern California endures a drought, all of which is consistent with a typical La Niña weather pattern. The worst fire season in California history could very well continue.

“Temperature records will fall on Friday,” said climatologist Bill Patzert. “All the dry vegetation that built up this summer, fall and into early winter is still in play, and the unseasonably high temperatures coupled with gusty Santa Ana winds are our formula for fires.” 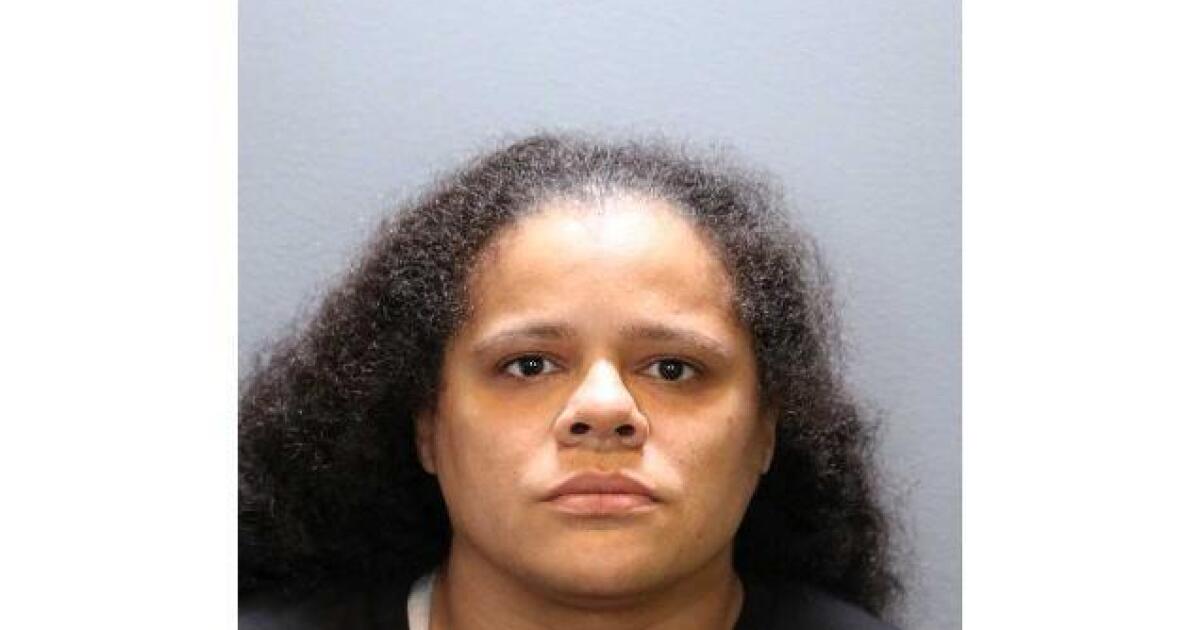 Quarterback battle of the ages as Rodgers, Brady meet for NFC...

Beyoncé to donate $500,000 to people impacted by the eviction crisis

On a covid Christmas, a new routine for feeding the homeless

Quarterback battle of the ages as Rodgers, Brady meet for NFC...