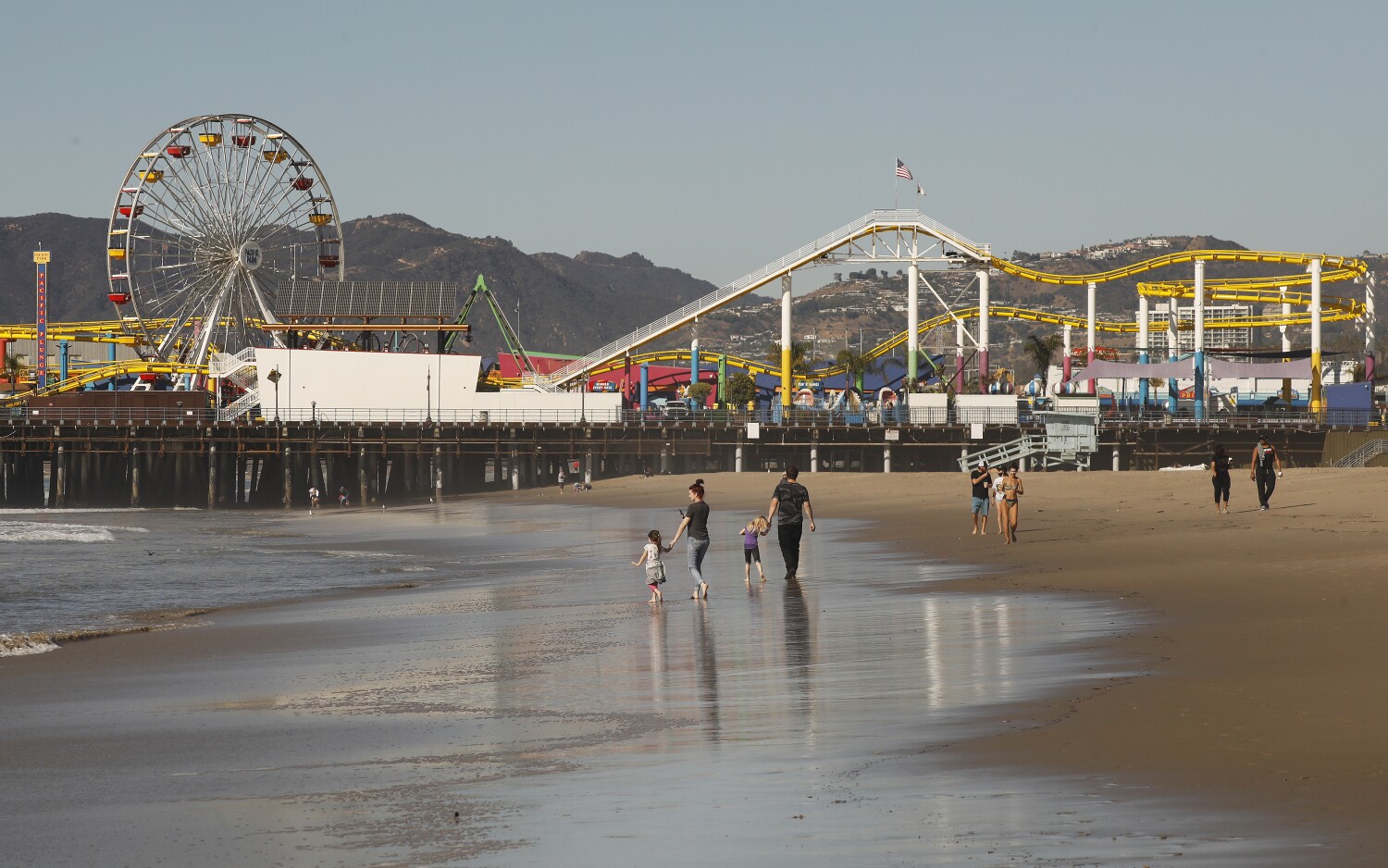 City officials initially planned to close the pier beginning Saturday through the Martin Luther King Jr. Day holiday on Monday. But in anticipation of warm weather that may attract large crowds, they expanded the closure to Thursday and Friday.

“We want to avoid any possibility of crowding at the pier,” said city spokeswoman Constance Farrell.

Over the past week, the state has averaged 43,129 new cases and about 520 deaths per day. Experts say the true number of people infected is likely much higher than indicated in official tallies.

In L.A. County, morgues and funeral homes are full, and availability of hospital intensive care unit beds remains at 0%. Many nonessential businesses are closed, and residents have been asked to stay at home. Gatherings with members of other households are prohibited.

More than 940,000 Angelenos have tested positive for the illness and over 12,700 have died, according to The Times tracker. In the last week, the county has reported an average of 15,092 new cases per day, a 7% increase from two weeks ago. Over that same period, there have been 231 deaths per day.

Santa Monica has more than 3,300 cases, according to the city’s tracker. Eighty-eight residents have died. 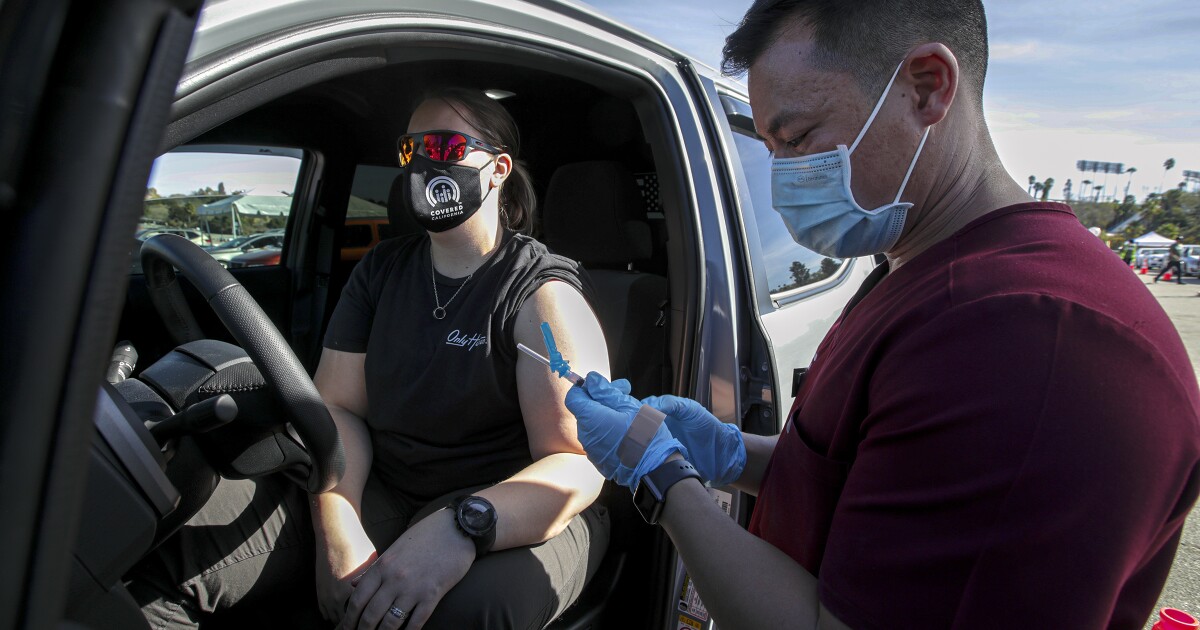 Some older Californians get COVID vaccine; others strike out

Why one tiny island wants the world to eat kelp

‘Dictators must be resisted’ Popstar Bobi Wine says to Ugandans