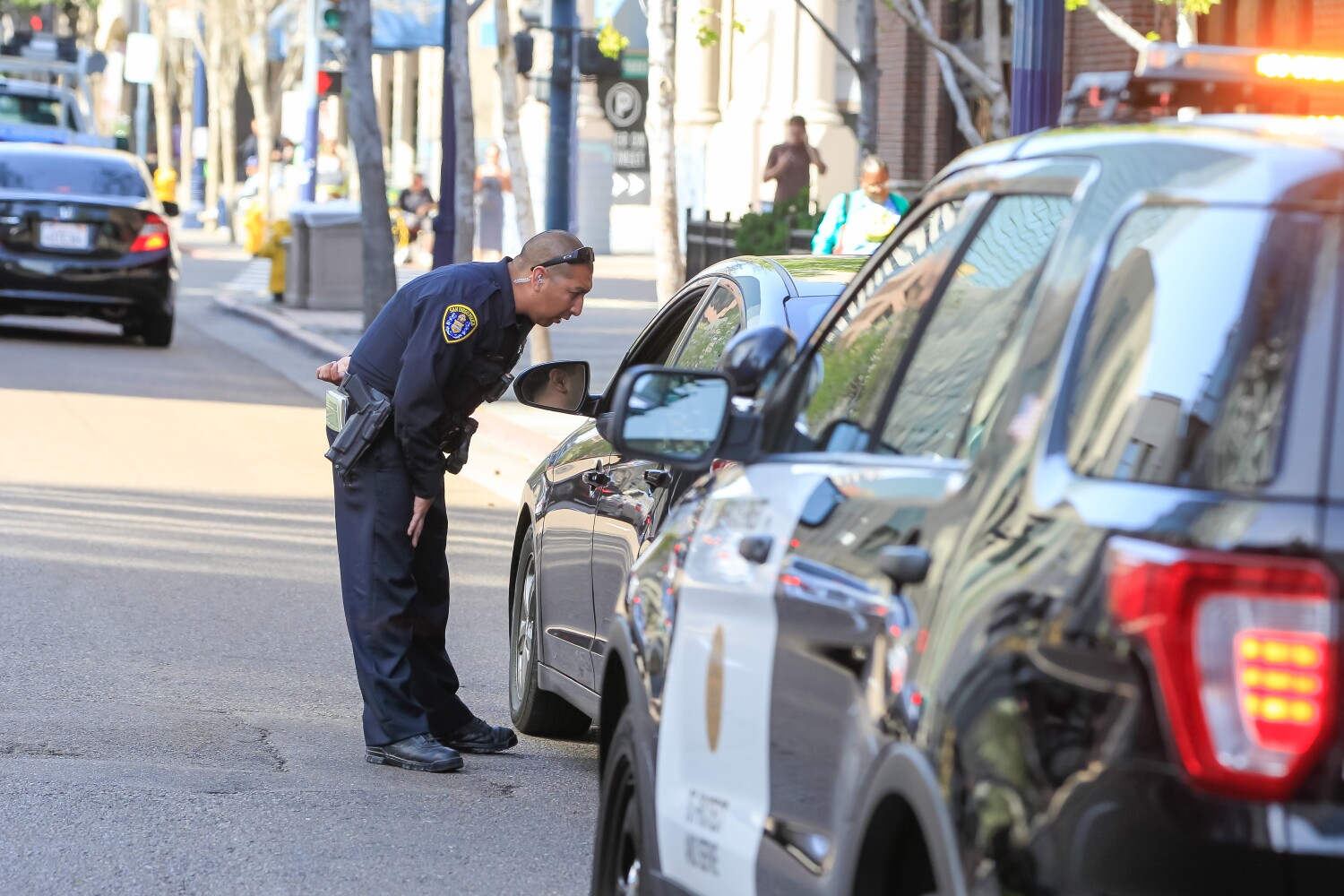 If you have any doubt that lead-footed drivers are everywhere, elevating risks for motorists, cyclists and pedestrians, I’m guessing you haven’t been outdoors in the last year or so.

Nationally, there was an 8% increase in auto fatalities, with a death toll of 42,060 — and that was in a pandemic year with significant reductions in traffic .

Thankfully, California legislators have stepped up, introducing bills in both the Senate and Assembly calling for automated speed enforcement. Speed is a factor in roughly one-third of all serious injuries and fatalities, and automated enforcement, now operating in 140 communities in the United States, has helped reduce serious collisions and fatalities where it’s used.

But in Sacramento, both pieces of legislation have hit speed bumps.

SB 735 by Sen. Susan Rubio (D-Baldwin Park), which calls for automated speed enforcement in school zones throughout California, ran into a wall of opposition from police organizations and others, including the ACLU. It’s been undermined by amendments and its future is uncertain.

AB 550, by Assemblyman David Chiu (D-San Francisco), calls for automated speed enforcement in areas with high rates of serious collisions. It has been scaled back after similar opposition, but is moving forward at the moment, with a hearing scheduled Monday before the Assembly Transportation Committee.

Damian Kevitt, director of Streets Are For Everyone, helped draft SB 735, and he is angry over the way in which a bill to protect the state’s children got mangled in the legislative sausage factory. He said a number of amendments were agreed to in response to concerns raised by police unions and others, but the latest insult was a proposal to limit the scope of the bill to a mere four schools statewide, a move that’s left him fuming.

“I think you can agree that four schools are not remotely enough for a pilot in a state as big and diverse as California,” he said. “In my opinion, it was a covert attempt to gut the bill so it would be totally ineffective.”

In 2013, he lost his leg after he was struck by a car in Griffith Park while riding his bike. Now, he says, he feels like the victim “of another hit-and-run,” this time in Sacramento.

Leaders of the California Assn. of Highway Patrolmen and the Peace Officers Assn. of California did not respond to my interview requests, but laid out their opposition to Rubio’s bill as originally written in a letter to the senator earlier this month.

A half-mile automated enforcement zone around a school is “broader than it needs to be.”

With automated systems, in which a camera detects the infraction and a citation is sent to the registered owner of the vehicle, it’s not clear who the driver was and “there are many households who share a vehicle and may not recall who was driving at the time of the incident.”

And an unpaid fine could prohibit the chance of renewing a vehicle’s registration, possibly “removing their only means of transportation.”

Kevitt believes the true reason for the opposition to such bills is that police unions fear that technology might result in a workforce reduction, despite there being no evidence of that in other cities. He argues that it makes sense to free police for other duties. Besides, he said, this is a time in which traffic stops by police are under intense scrutiny.

“We know, and have seen over and over again, that traffic enforcement has a racial bias in it, and we know that cameras are not racially biased and it’s a more effective system, so why is this even a question?” Kevitt said.

State Sen. Lena Gonzalez (D-Long Beach), who heads the Senate transportation committee, also pushed back on the bill, in part because she wasn’t sold on the racial equity argument. She told me she fears automated enforcement might indeed hit low-income communities of color the hardest, and unfairly target those who can least afford fines.

She also said she has seen no evidence that school zones have higher rates of collisions than anywhere else, but she’s willing to try a four-school pilot to see how it plays out before more widespread use.

“I can’t in good conscience allow a statewide program where the data is faulty and … maybe all the jurisdictions that opt in are black and brown,” Gonzalez said.

She said she’s also concerned about privacy and legality issues, citing L.A.’s experience with red-light camera ticketing of motorists 15 years ago. Many motorists disputed the tickets or didn’t bother to pay, and the courts didn’t seem to know what to do, so the program was dumped.

Gonzalez shared with me an opposition letter from ACLU Action California, which argued that “traffic tickets drive poverty in California” and that automated enforcement raises due process questions.

“While we share the goal of reducing vehicle-pedestrian accidents,” said the ACLU, “we have concerns that this well-intentioned measure will have unintended negative impacts on low-income families.”

OK, but the intent of these bills is to prevent injury and loss of life for everyone, and it doesn’t seem all that difficult to make sure that automated speed enforcement is dispersed among neighborhoods of all income levels.

The good news is that backers of Chiu’s bill — including city officials in Los Angeles, San Francisco, Oakland and San Jose, as well as several other cities — have worked with opponents for months and amended the legislation to the point where, just a few days ago, the police unions dropped their opposition, Chiu said.

In its current form, his bill would not result in citations for vehicles going just a few miles over the speed limit, fines would start at $50 with diversion alternatives for those who can’t pay, enforcement areas would be clearly marked and be limited to areas of vulnerable populations near schools and senior centers as well as high-injury zones, and only five cities would participate in the pilot, with caps on the number of cameras.

There would be 125 enforcement areas in Los Angeles, 33 in San Francisco and San Jose, 18 in Oakland and more in a fifth city somewhere else in California. Assemblywoman Laura Friedman (D-Glendale), who heads the transportation committee and helped hammer out the amendments on the Chiu bill, told me Glendale could be the fifth city.

Noting last year’s death toll from auto fatalities, Friedman said that “if we had that many people die a year in plane crashes we would ground the whole fleet, but somehow we accept this as collateral damage, and it doesn’t have to be that way.”

She said the pilot presents an opportunity to refine future legislation so that privacy and equity issues are addressed. Speed enforcement is just one tool, she said, and fines collected for speeding will be used to make various road safety improvements that benefit motorists, pedestrians and cyclists.

Friedman is the author of another traffic safety bill, AB 43, which would reform the arcane way in which California establishes speed limits, which have crept up gradually over the years.

Opponents of automated speed enforcement raised some legitimate points. But there are few “accidents” on the road. Inattentive driving, driving under the influence and speeding are mass killers, and too many people drive like demons because they think they won’t get caught. Knowing they might be on camera could help reduce the carnage.

“I would have preferred that we could have piloted this in many more cities and had larger pilots in each city,” Chiu said. “But I believe that this current version of the bill … will accomplish our goal of demonstrating that speed safety systems can save lives and change behavior.

“I’ve championed this because … every year for the past five years more than 1,000 Californians have died in speed-related traffic collisions while thousands more have been injured.

“From my perspective, enough is enough.” 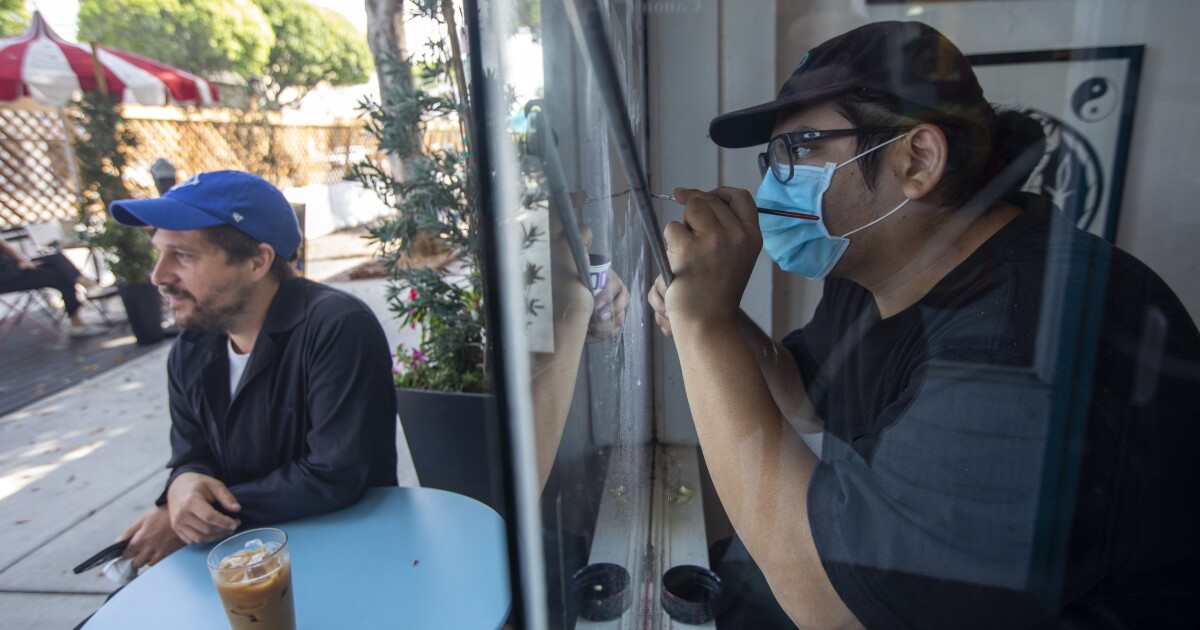