Home
Trending
The Taliban ‘will kill me and my family,’ says abandoned Afghan interpreter

His wife says the first thing she does is hide the children.

“Then I get up and go to the door to see what is going on. If there are Taliban, I tell them no one is at home,” she says.

The danger Haji and his family face grows every day as the Taliban claims more territory across the country, yet his repeated efforts to reach safety through a US visa program for interpreters keep hitting a brick wall, despite support from a half dozen US Marines.

Haji was what you might call a “combat interpreter.” Stationed in Helmand province — the heart of the insurgency — he lived and patrolled with the Marines and Army, translating as they searched vehicles, talked to locals and interviewed suspected Taliban membiers.

He has been paying for his loyalty to the US ever since. He and his family have been in hiding for five years, scared for their lives — his fear of retribution compounded with news of every province that falls into Taliban hands.

The insurgents are known to murder Afghans who helped coalition forces, and, like Haji, thousands of interpreters have become targets for the militant group.

On the run from the Taliban

When CNN interviewed Haji — in an undisclosed location outside of Kabul — he was in the process of submitting a third application for a visa to the United States. While some of his colleagues from the Marines returned from their deployment to medals, Haji remained in Afghanistan, hopeful that his service might qualify him for resettlement: “If I don’t get the visa, I understand, definitely, I will be dead.”

He had pinned his hopes on the Special Immigrant Visa (SIV) program, designed to reward Afghan interpreters. But two applications and six years later, the door to the US remains shut.

To try to understand the visa process is to step into an administrative quagmire. More than 10,000 Afghans are stuck in the SIV application process, and applicants can “reasonably expect” to wait four years for a visa, according to the US-based International Refugee Assistance Project (IRAP).

Haji has been denied twice, and he’s not sure why. The first denial letter, seen by CNN, cites “derogatory information” related to his case, and the second a “lack of faithful and valuable service.” Yet recommendation letters from multiple Marines and from the Army, praised his work ethic and his “intricate role in disrupting enemy operations.”

One possible reason he was turned down is an employment letter from the private-sector contractor who supplied the military with interpreters, citing “job abandonment.”

Haji claims his dismissal was unfair — that the contractor terminated his employment after Taliban checkpoints left him temporarily unable to return to work. While CNN cannot independently verify this claim, another linguist who worked alongside Haji at the time, who has since resettled in the US, recalls that the roads leading to the capital were unsafe, with each trip to Kabul a roll of the dice: It was “a 50-50 chance of dying or staying alive when you traveled along those roads.”

CNN asked the US Embassy in Kabul about Haji’s application, but a spokesperson said they don’t comment on individual cases.

The US Department of State told CNN the same thing, but added it was committed to helping Afghans who had helped US forces in the country.

“We have long said we are committed to supporting those who have helped the US military and our diplomatic personnel perform their duties, often at great personal risk to themselves and their families. We are actively working on every possible contingency to make sure that we can help those who have helped us,” it said.

Haji’s ordeal started in earnest around the time of his first visa application, in 2015, when the Taliban came looking for him at the family home.

“Many times, they came to my home … they ask people, ‘Hey, how can I find where Haji’s living? Where’s his family? When I got that information, I left that place.”

The years since have been a life of constant movement, of being unable to work, of always being fearful.

“We spend a couple of weeks, two weeks, a month, then we change to another place. Because I am scared in my heart that they are coming, that they will find me.”

His mother and brother send money for food, and he keeps his young children indoors, worried for their safety. “I have heard,” says Haji’s wife, “that in many places when they do not get hold of the father, then they kidnap and slaughter his sons.”

Despite their young age, their children are acutely aware of the danger.

“During the day I am at home,” says Haji’s eldest son.

“Even if I cry to my mother, she does not allow me outside because there is danger from the Taliban.” He tells us he wants to be a doctor or an engineer, but he hasn’t been able to go to school in five years.

A country on the brink

Reminders of the danger the family is in are everywhere — in messages from friends, on social media and on television news. In a statement issued in June, the Taliban said it would not harm those who worked alongside foreign forces. But this summer, one former interpreter for the US Army was reportedly beheaded by the Taliban.

CNN has spoken to many linguists who say their lives remain under threat as the insurgents launch revenge attacks following the US withdrawal from Afghanistan, which is expected to be completed by the end of August.

Under mounting public pressure to help Afghan interpreters, the US State Department recently announced a priority track for Afghans within the US refugee program. But it comes with its own challenges: Applicants and their family must leave Afghanistan and wait at least a year in a third country for their application to be processed, with no help, no protection, and no guarantee of success — a bar set so high it could be impossible to clear for many Afghans.

Retired Lance Cpl. Jimmy Hurley, a former platoonmate of Haji, has been helping him navigate the paperwork and has launched a crowdfunding campaign in a last-ditch effort to get him and his family to a new life out of Afghanistan.

“I think he’s earned it,” says Hurley. “He lived with us, patrolled with us. Those guys are legitimately putting themselves in danger for the work, and I feel like they’ve got as much right to come over here and make a safe life for themselves as we do.”

CNN tracked down half a dozen of the Marines whom Haji served alongside in Helmand, and all believe he should be rewarded for the work he did. Retired Maj. Joseph Hanson, Haji’s platoon leader in 2011, says: “The risks to an interpreter are the same as to any combat Marine… Every firefight I was in with Haji, he’s there, taking part in that risk.”

“One that sticks out in my mind [is when] we were patrolling through a certain village … and got caught in a near ambush. The enemy had us on both sides and one of our Marines was shot in the chest, and Haji, without a weapon, was running to the wounded Marine, running back to our radio men … exposing himself to enemy fire to help communicate. That’s special, you don’t really see that. You don’t see that from all Marines, let alone an interpreter, without a weapon. That’s how you learn to trust someone.”

When Haji enthusiastically signed up to work with American forces at the height of the US troop surge, he and his wife did not think it would put them in danger for the rest of their lives.

“I was very happy he was working with the Americans; I had a good life. Good clothes, good food and drinks,” she says.

Haji didn’t anticipate that the Taliban would regain control of many Afghan provinces, let alone threaten a return to power.

“The main point,”‘ he recalls, “was to try to clean my country from those bad people … When we worked for them, we didn’t think that when the US withdrew from Afghanistan it would be more dangerous for us.”

Now, as the Taliban makes rapid gains across the country, Haji’s wife pleads for help: “Our lives are in danger. … If we remain here in Afghanistan, my children, my husband, we will all get eliminated.”

It is a plea seconded by Maj. Hanson: “If anyone deserves US citizenship it’s guys like Haji. Haji not only served his country in uniform and risked his life for us for two years, he’s risked his life every day up until now and if he doesn’t find sanctuary with us … there’s no doubt in my mind it’s not going to be a happy end to that story for Haji or his family.

“I’m terrified for his safety. I hope we do the right thing, or someone does, because no one is more deserving.”

CNN is not publishing Haji’s full name, or naming his family, for security. 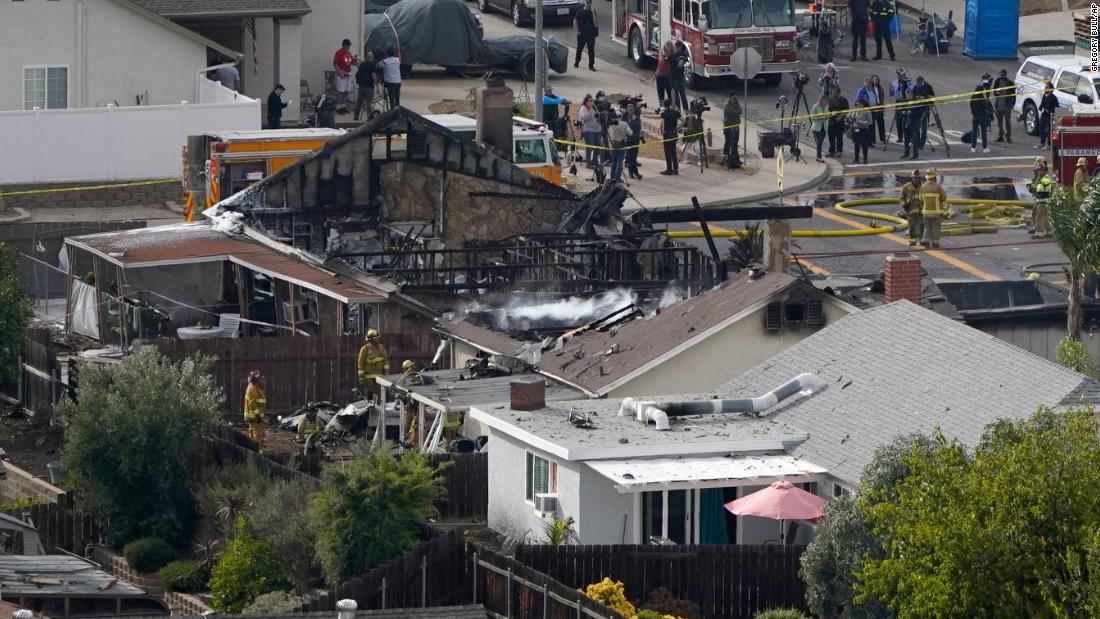 Cody and Courtney Campbell told CNN that they finished renovating … 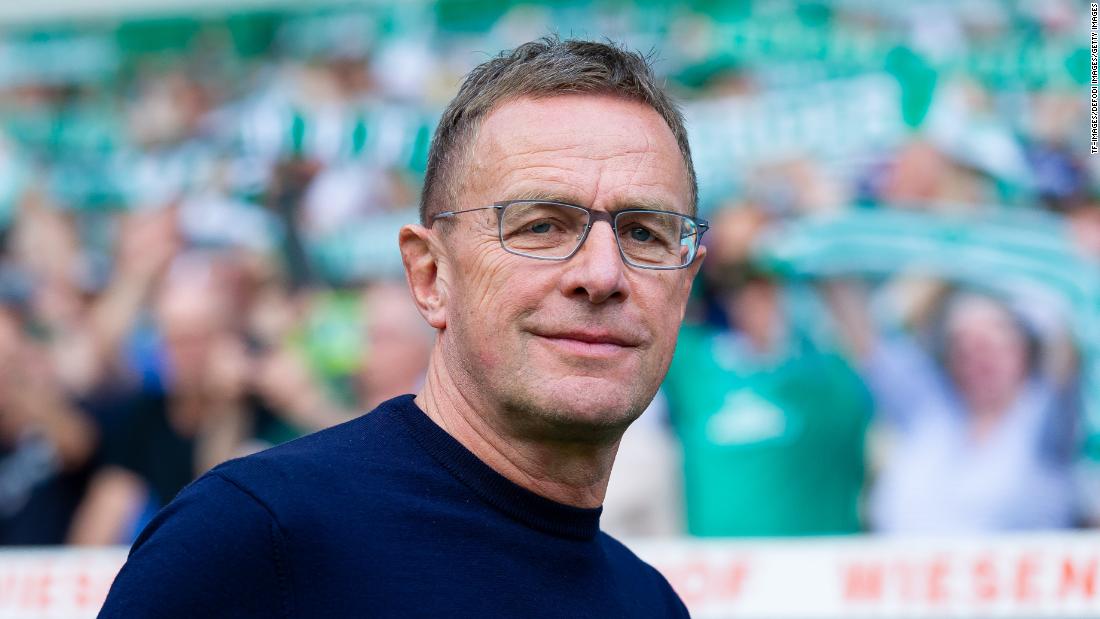 The appointment of the 63-year-old German, who was previously head …