What’s happening: House Speaker Nancy Pelosi is working to rally Democrats behind a $1 trillion infrastructure plan and a broader $3.5 trillion social and environmental package, all while Congress tries to avert a government shutdown.

But it’s not the only issue requiring lawmakers’ immediate attention.

Tick tock: Funding for the federal government is set to expire at midnight Friday. Unless Congress acts soon, there could be a partial shutdown, where certain public services are halted.

The Senate is set to hold a procedural vote Monday on legislation that would keep the government open through Dec. 3, while shelving the country’s debt limit until the end of 2022. It’s expected to fail.

The debt limit, which the government could hit in mid-October, is the biggest risk to investors. If it’s not raised shortly, the country would experience an unprecedented and disastrous default.

A mild recession, according to analysts, would likely be the best-case scenario if the US government isn’t able to pay its bills for the first time ever.

Should the Treasury default and the impasse drag on, the federal government would have to enact “devastating” spending cuts that would cause a “cataclysmic” situation for the economy, Moody’s Analytics warned last week.

The research group estimated that nearly 6 million jobs would be lost, the unemployment rate would spike back to nearly 9% and stock prices would plummet by one-third, wiping out about $15 trillion in household wealth.

Concerns are already building about the state of the US recovery as the Delta variant takes a toll. The latest survey of economists from the National Association for Business Economics, released Monday, showed that respondents have tempered their optimism. The median forecast is now for 5.6% economic growth this year, compared to 6.7% in May.

Market view: Investors tend to look past dysfunction in Washington. But this time around, given the sense that stocks are overdue for a pullback, they’re paying closer attention.

“Congress has its busiest week of the year as it seeks to address bipartisan infrastructure, party-line reconciliation, a potential government shutdown and the debt ceiling,” Citi economist Andrew Hollenhorst told clients Monday. “Markets remain sanguine, expecting fiscal policy risks to be addressed — that’s our base case too, but risks bear watching.”

And while Wall Street thinks Congress will get its act together eventually, the longer the conversation remains live, the more markets are exposed.

“Even if default were avoided, continued negotiations over the debt limit could cause needless volatility, create additional operational expenses for market participants, and do lasting damage to the Treasury market,” the Treasury Borrowing Advisory Committee said in a letter to Treasury Secretary Janet Yellen last week.

The ultimate outcome of Germany’s election over the weekend will take weeks or even months to play out. But for markets, the most disruptive result appears to have been avoided.

The latest: Germany’s left-leaning Social Democratic Party (SPD), led by Olaf Scholz, has won the most seats in the country’s parliament, according to preliminary results.

The SPD claimed a narrow victory over outgoing Chancellor Angela Merkel’s Christian Democrats, though Merkel’s official successor won’t be decided until a coalition deal is negotiated. Both parties will now start jockeying for the teammates needed to form a parliamentary majority.

Global banks had been advising clients to prepare for two possibilities: a governing coalition of the SPD, Green Party and the pro-business Free Democratic Party, or a similar configuration, but with the Christian Democrats, led by Armin Laschet, at the helm. Both options remain on the table, though the former looks slightly more likely.

“Both Scholz and Laschet have said that they will try to lead the next coalition government,” UBS strategists Dean Turner and Maximilian Kunkel said in a research note Monday. “They will now begin the process of courting the favor of the Greens and the FDP.”

They noted that the leaders of both the Greens and the FDP “have kept their options open following the announcement of the result.”

Off the table: The prospect of a more left-wing coalition between the SPD, Greens and hard-left Die Linke would have been the biggest shock for investors. But that’s been ruled out.

“The Green party polled worse than expected as did the left-wing Die Linke party, making a coalition of left-leaning parties unviable,” Turner and Kunkel said.

Holger Schmieding, chief economist at Berenberg Bank, said this solidifies the path forward for Germany’s economy, which is expected to grow by 2.9% this year and 4.6% next year, according to the Organization for Economic Cooperation and Development.

The “risk of significant tax hikes, a denser web of regulations, reform reversals and a tight lid on housing rents has evaporated,” he said Monday.

Anxiety about the US debt ceiling is back. That means once again, chatter is circulating about a wacky silver bullet. The idea: Can a crisis be avoided if the president simply unveils a $1 trillion coin?

How it would work: The far-out theory, which has been around for about a decade, is that President Joe Biden could issue a $1 trillion “commemorative” coin and deposit it with the Federal Reserve, allowing the government to keep paying its bills without having to deal with Congress, my CNN Business colleague Chris Isidore reports. Debt ceiling crisis solved.

The president does have the power to issue commemorative coins, which are typically in denominations of $5 or $10, and are sold by the US Mint to collectors. One from this year honored Christa McAuliffe, the teacher killed when the Challenger space shuttle exploded in 1986.

Advocates of the plan argue there’s no limit on the value of those coins, so a president has the clear ability to issue a $1 trillion coin, or even a $100 trillion coin. But opponents argue that would be such gross overreach as to prompt impeachment.

Reality check: Social media users are having fun with the idea, but the White House isn’t playing ball. Spokesperson Mike Gwin told CNN the coin alternative is “not being considered.”

“There is only one viable option to deal with the debt limit: Congress needs to increase or suspend it, as it has done approximately 80 times, including three times during the last administration,” Gwin said. Maybe next time.

US durable goods orders for August arrive at 8:30 a.m. ET.

A nurse fills a syringe with Johnson & Johnson’s Janssen … 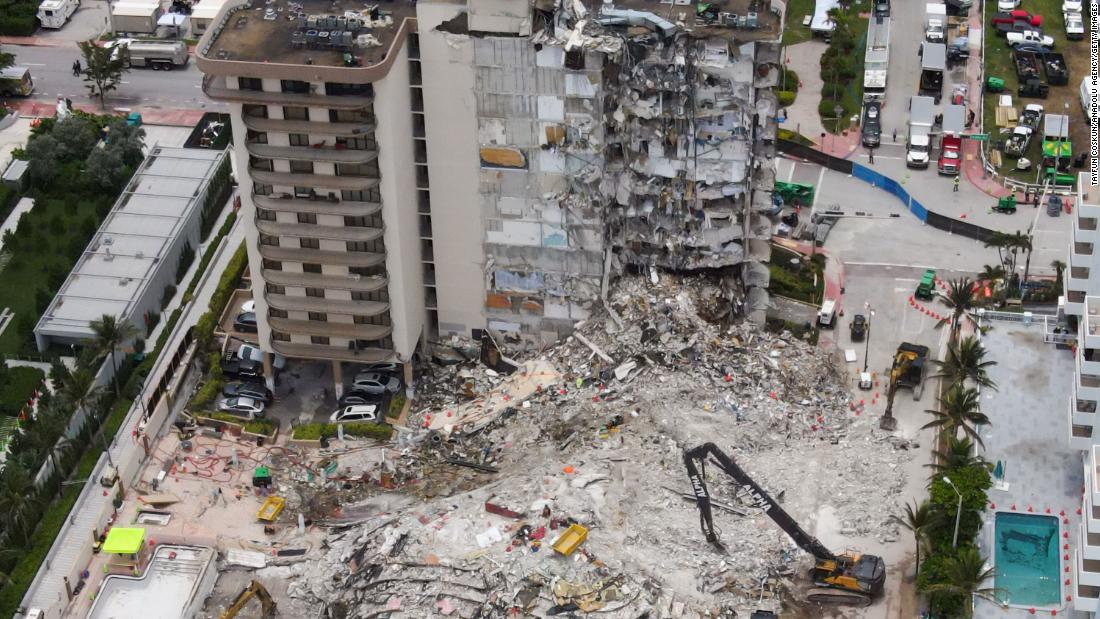