New Delhi: The entire world was startled when scientists discovered in 1985 that the ozone over Antarctica has a huge hole. People started to be warned that the increasing intensity of UV radiation penetrating through the Ozone hole could lead to an increased incidence of diseases like cataract and skin cancer, and that marine food chain and global crops could be significantly damaged.

UV radiation is dangerous, and can harm all living beings, and Ozone plays an important role in forming a protective layer over Earth and absorbing the harmful UV radiation.

Scientists worldwide gathered to understand more about the Ozone layer and the factors leading to its depletion.

Through the Vienna Convention for the Protection of the Ozone Layer and the Montreal Protocol on Substances that Deplete the Ozone Layer, actions have been taken to protect and heal the ozone layer.

What is the ozone layer and why is it important?

Ozone, a pungent gas with a slightly bluish hue, is composed of O3 atoms, and nearly 90 per cent of naturally occurring ozone is found in the stratosphere. This stratospheric ozone is commonly called the ozone layer. The ozone layer is a fragile shield of gas, which helps preserve life on Earth by protecting the planet from harmful UV radiations of the Sun.

How is the ozone layer under threat?

In 1974, scientists Mario Molina and F. Sherwood published a paper, highlighting their research on how ozone depletion is caused due to chlorofluorocarbons (CFCs). They won the Nobel Prize in Chemistry in 1995 for this research. They explained that the chlorine atoms released by CFCs into the stratosphere, catalysed the destruction of ozone molecules. According to the US Environmental Protection Agency (EPA), one chlorine molecule can destroy more than 100,000 ozone molecules before being removed from the stratosphere.

Some commonly used chemicals have been found to be extremely damaging to the ozone layer, according to the United Nations. The ozone depleting potential (ODP) of bromine containing halocarbons is greater than those containing chlorine. Methyl bromide, methyl chloroform, carbon tetrachloride, halons, chlorofluorocarbons, and hydrochlorofluorocarbons are the man-made chemicals that have provided most of the chlorine and bromine leading to ozone depletion.

Why is Ozone Day celebrated on September 16?

Shortly after the Stockholm Conference on the Human Environment in 1972, scientists discovered the threat posed by human-made chemicals to the ozone layer.

The international community was prompted to establish a mechanism to take actions to protect the ozone layer, after scientific confirmation of its depletion.

The need for such a mechanism was formalised in the Vienna Convention for the Protection of the Ozone Layer, which was adopted and signed by 28 countries, on 22 March 1985.

On September 16, 1987, Montreal Protocol on Substances that Deplete the Ozone Layer was signed. Commemorating this date, the United Nations General Assembly, in 1994, proclaimed September 16 as the International Day for the Preservation of the Ozone Layer.

What is this year’s theme for Ozone Day?

The Montreal Protocol has taken significant steps to protect the ozone layer, and the united global effort to phase out ozone-depleting substances has helped the hole in the ozone layer to heal and has protected human health, economies and ecosystems by limiting the harmful UV radiation reaching the Earth.

For World Ozone Day 2021, the Montreal Protocol aims to slow climate change and help boost energy efficiency in the cooling sector, which contributes to food security.

Improved energy efficiency in the cooling sector, new innovation replacing HFCs, redesigning air conditioning and refrigeration for less power consumption to reduce climate impact are some of the key aspects of this year’s theme.

It also takes into consideration combating food loss by reducing HFC consumption and improving cold chain efficiencies.
This World Ozone Day, the United Nations aims to provide access to facilities such as pre-cooling, refrigerated storage, and refrigerated transport to farmers and pharmaceutical providers, in order to ensure that products such as food and vaccines reach people in safe and good condition. 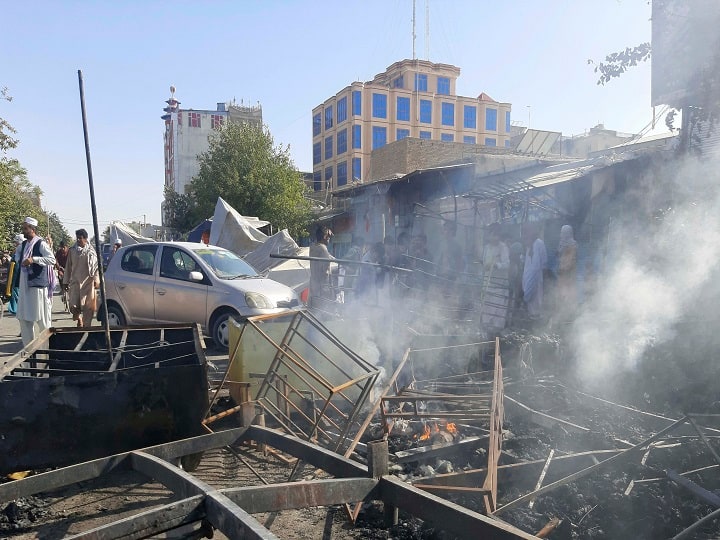 Kabul: In a major development, the negotiators of the Afghanistan …