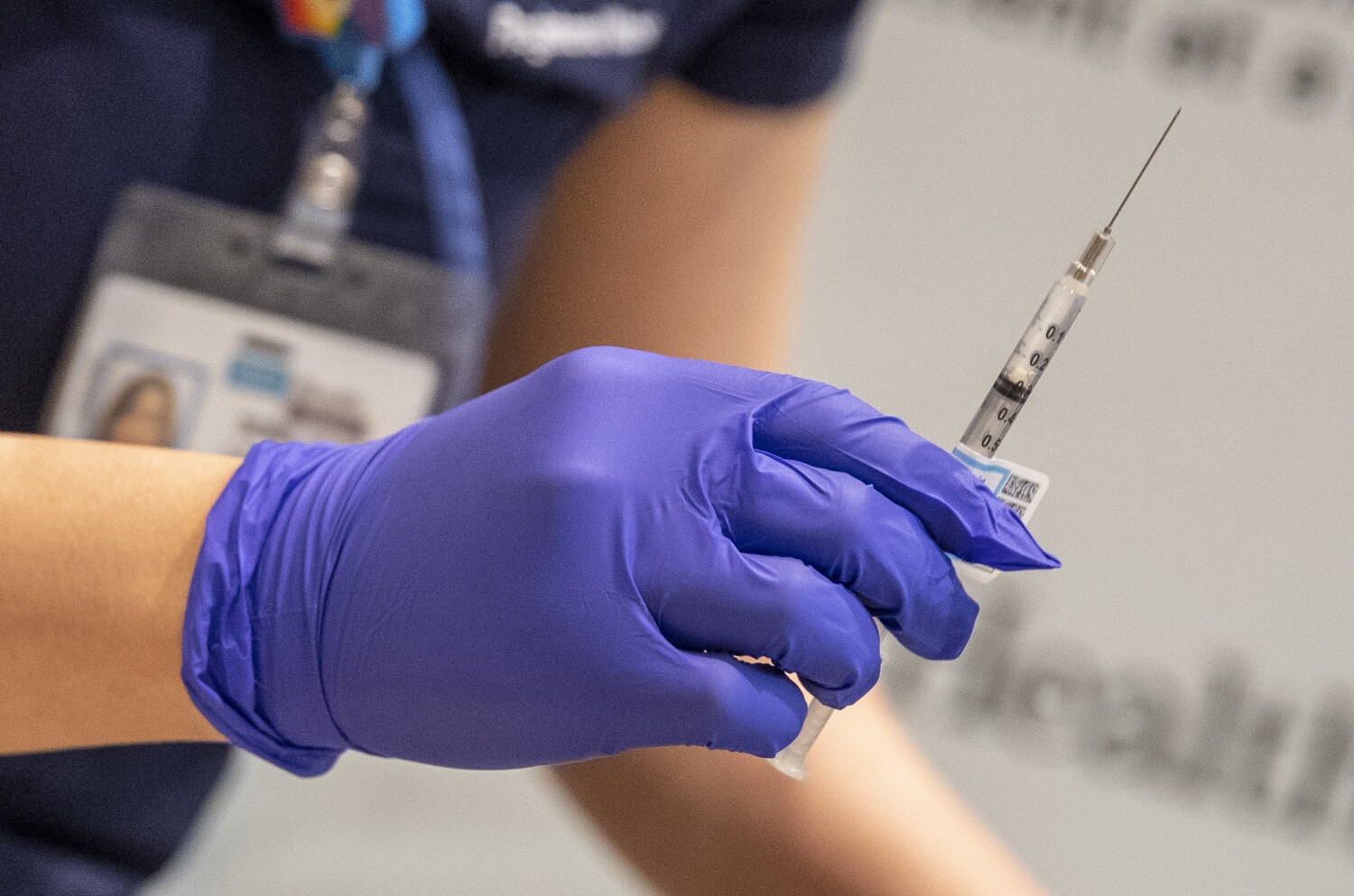 A California program intended to improve COVID-19 vaccine availability to people in hard-hit communities of color is being misused by outsiders who are grabbing appointments reserved for residents of underserved Black and Latino areas.

The program to address inequities in vaccine distribution relies on special access codes that enable people to make appointments on the My Turn vaccine scheduling website. The codes are provided to community organizations to distribute to people in largely Black and Latino communities.

But those codes have also been circulating, in group texts and messages, among the wealthier, work-from-home set in Los Angeles, The Times has learned. Many of those people are not yet eligible for the vaccine under state rules.

Some people able to make appointments have been driving to Cal State Los Angeles to get the shots.

It’s unclear how the codes got into the hands of outsiders, but the situation has forced the state to scramble to protect the integrity of an equity program that Gov. Gavin Newsom and other officials have been hailing. The state canceled appointments made with at least one of the access codes after The Times inquired about it last week.

Establishing fairness in the vaccine distribution process has loomed large over California’s vaccine rollout. Newsom has often spoken about the importance of administering vaccines “through an equity lens.” But deep inequities have still emerged in vaccine administration in the state, with white and Asian residents in affluent areas being inoculated at much higher rates than Black and Latino people in poorer areas.

Under the plan, the state aims to set aside a block of appointments every day at Cal State L.A. and the Oakland Coliseum, according to an email sent to community partners from the director of the Office of Access and Functional Needs at the California Governor’s Office of Emergency Services.

The block of appointments are only accessible with a specific code, which will change periodically based on usage, according to the email.

The codes are intended for use by people in communities of color who are vaccine eligible, including healthcare workers and those older than 65, but who might otherwise struggle to get an appointment.

State officials have been contacted by over 2,000 community groups interested in participating in the program, according to Cal OES spokesperson Brian Ferguson.

But problems with the program emerged early last week, shortly after the codes became available.

Three separate access codes intended for vulnerable populations in Los Angeles strayed far from their intended recipients, making their way into more affluent professional and social networks, The Times found. In all cases, the origin of the access codes remained unclear. Those circulating the codes did not seem to be aware that they were intended for hard-hit communities. In several cases, people thought they had stumbled upon a pilot program that was open to all.

A person who shared an access code with The Times on Thursday said several of the person’s friends who were otherwise ineligible were able to make vaccine appointments at the Cal State L.A. site using the code. As of Sunday night, several of those people had been vaccinated, said the person who asked not to be identified because they didn’t want to offend friends who had shared the code. The individual, who is white, described their friends as also being white and “in a bracket where they’re very protected.”

Another person who spoke to The Times said they received a screenshot of a message with a seven-digit access code and a link to the My Turn website Tuesday morning. A doctor friend sent the link for COVID-19 vaccine appointments, the original sender wrote. “Apparently it’s a new testing site that is ‘testing out their system’ for a few days before they open up appointments for the elderly and sick, etc. Anyone can sign up if there are appointments available. Give it a try!”

The code worked when a Times reporter gave it a try on Tuesday morning, opening a page through which a person could make an appointment at the newly launched Cal State L.A. community vaccination center. Another individual who spoke with The Times the same day said they had received the access code from a friend, and did not know how the friend had come into possession of it.

The stated purpose of the access codes is not conveyed anywhere on the My Turn website, nor does the site say the codes are intended only to be used by certain groups. Even with an access code, actual appointment slots still remain limited and are not always available on the site.

The disruption of the program is the latest example of inequity in a pandemic defined by its disproportionate impact on low-income communities of color. The same issues have been reflected in the county’s informal vaccine standby lines, in which large groups of predominantly white people often camp out for hours outside a South L.A. clinic in hopes of a shot.

Ferguson acknowledged that there had been instances of a community group forwarding the code to its membership “in a very well-intentioned way” and the email had then been shared more widely with the general public.

“In order to solve for that, we’ve taken steps to ensure we’re auditing, monitoring how the codes are used very carefully,” he said, explaining that the program was new and the challenges were being addressed.

By Monday evening, the codes had spread so quickly through certain social networks that one woman in her 40s who lives near downtown Los Angeles told The Times that she had been sent three codes from different people over the last few days.

She had declined to make an appointment, but knew multiple people — whom she described as white and “not essential workers”— who had been successfully vaccinated using the codes. “Nobody thinks they’re doing something wrong,” said the woman, who declined to give her name because she didn’t want to offend those who had shared the code with her.

“They honestly have convinced themselves to believe that this is leftovers, that this is pilot testing, open to everyone.”

The filmmaker was 39 when she made “Hester Street,” her …

SAN FRANCISCO (CBS SF) — A Stockton man has been …