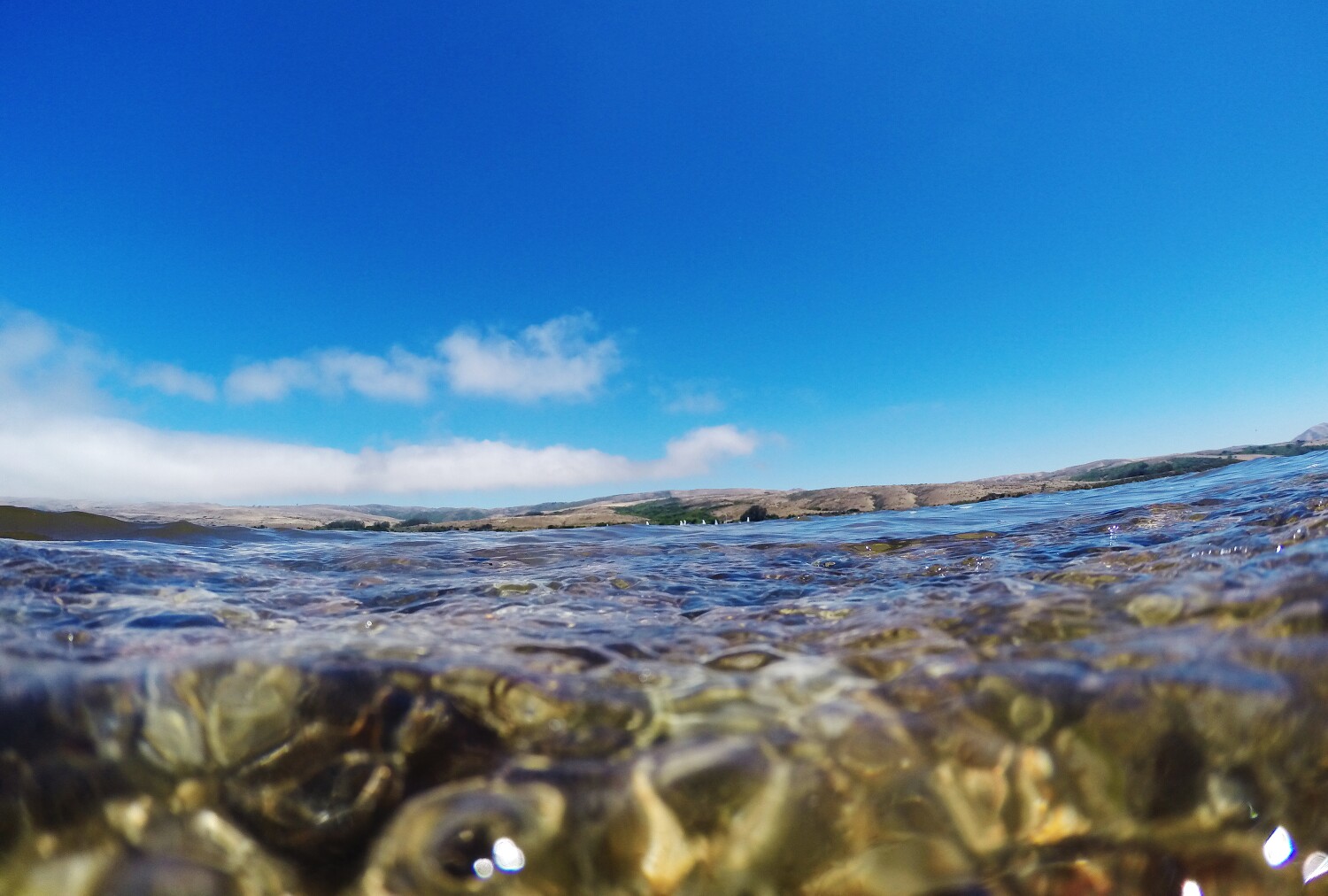 Although California’s most dangerous tsunamis come from thousands of miles away, scientists say they’ve pinpointed a wave trigger that’s much closer to home. Earthquakes along strike-slip faults can cause potentially dangerous waves in certain contexts, a new model shows — and such faults do exist right off parts of the Golden State’s shores.

If confirmed, the findings described in the Proceedings of the National Academy of Sciences could affect future local tsunami risk assessments for coastlines along California and beyond.

Tsunamis can be caused by a variety of events, including landslides, volcanic activity and most commonly, earthquakes.

But not every earthquake can trigger a rogue wave. Quakes along underwater thrust faults, in which one side gets pushed up higher than the other, are thought to be the main culprit, because the vertical motion can induce a wave in the water above.

Quakes along strike-slip faults like the San Andreas, in which two plates slide past one another, weren’t thought to cause tsunamis on their own because they cause largely horizontal motion.

That’s why the 2018 Sulawesi earthquake and tsunami in Indonesia raised geologists’ eyebrows.

On Sept. 28 of that year, a wave estimated to be 13 to 23 feet in height struck the provincial capital of Palu following a magnitude 7.5 earthquake that occurred along a strike-slip fault. Together, the two events killed thousands.

Scientists surprised at the power of the wave suggested that perhaps it caused landslides with vertical motion that was able to trigger the wave.

“We didn’t think so,” said Ares Rosakis, an engineer specializing in solid mechanics and one of the study’s senior authors. The blame, he suspected, lay with the fault alone. “The unzipping of the bottom of the ocean in the Palu area … would be enough to explain the creation of this tsunami.”

As Rosakis and his team — which included experts in every aspect of the process, including seismology and fluid dynamics — began probing this potential solution to the Palu mystery, they started seeing evidence that the earthquake rupture wasn’t your average unzipping of a fault. It fit the profile of a “supershear” event, in which the actual physical rupture moves faster than the seismic waves traveling through the material. That causes a triangle-shaped shock wave called a Mach Cone. (It’s very much akin to the sonic boom caused when an extremely fast plane moves faster than the speed of sound.)

They fed this information into a powerful computer model that took into account the seismic waves, the earthquake rupture, the shape of the bottom of Palu Bay and the fluid dynamics of the wave itself. The result: An earthquake on a strike-slip fault like the one that devastated Palu could indeed trigger a tsunami.

“This is a fascinating study in terms of the physics,” said Eric Geist, a research geophysicist with the U.S. Geological Survey based in California’s Moffett Field. “It’s kind of a new way to look at tsunami generation.”

Complex models like this, which combine the dynamics of both earthquake and tsunami, require powerful computers but are likely to become the norm, he added.

Part of the reason for the Sulawesi tsunami was the very narrow shape of Palu Bay. Rosakis compared it to the violent sloshing you might see after jostling a tall, skinny glass, compared with the gentler motion that would be seen in a wider vessel.

Rosakis and his colleagues pointed to areas along the Northern California coast that fit the profile, including the San Francisco Bay and Tomales Bay in Marin County. The San Andreas fault sits just offshore of both those areas, and both are narrow enough to potentially see some very violent sloshing.

Other bays around the world also fit the profile, including Izmit Bay in Turkey and the bay formed by the Gulf of Aqaba in Egypt.

“This is the first time that this has been recognized,” Rosakis said, “so really a lot more work has to be done in order to be put inside the hazard evaluation maps. At this point it’s completely absent — these areas are declared safe.”

The study helps explain how quakes along strike-slip faults might generate tsunamis, and why the risk they pose may have been underestimated, he said. But he added: “I don’t think it is going to change how we do things in terms of tsunami forecasting or hazard assessment.”

That’s because tsunami hazard maps are generally made by estimating the effects of the biggest and most potentially damaging tsunamis.

For California, those would be great waves caused, say, by a magnitude 9 earthquake from thousands of miles away across the Pacific Ocean, or a similarly large quake off the Cascadia subduction zone north of Cape Mendocino, said Rick Wilson, a senior engineering geologist with the California Geological Survey, which has been updating the state’s tsunami hazard maps. It’s unlikely that any additional tsunami risk, if confirmed, would make a dent in those worst-case scenarios.

“We’ll continue to review papers like this to see if we really need to update anything, but based on our experience and all of the large sources that we’ve incorporated into the maps, we feel pretty comfortable that the existing maps are safe to use and good to use,” Wilson said.

The study results may have an effect on probabilistic hazard assessments, which consider not just the worst case but also the likelihood that earthquakes of various magnitudes will take place, Arcas said.

Ultimately, it will take time for more scientists to independently test whether they can reproduce the results, said Lori Dengler, a geophysicist and professor emeritus at Humboldt State University.

“My guess is that this paper will cause a number of tsunami modelers to look more closely” at the role of quakes along strike-slip faults, Dengler said. “There also needs to be a closer look at what conditions allow supershear to occur. If this idea holds up to more careful scrutiny, it will be included in the next generation of tsunami maps.”

While it’s important to understand the potential tsunami risk from these local sources, it’s unlikely to affect how tsunami forecasting is conducted because information about ground rupture is not available in real-time, Arcas said.

Even if it was, he added, “many of the faults with this type of mechanism can be found in close proximity to the coast, and while they can be hazardous locally, there would be no time for a local warning due to the proximity of the source.”

Dengler said that in these situations, the earthquake itself is the warning.

“As far as public safety is concerned — whenever you feel an earthquake near the coast, especially one where the shaking lasts a long time, assume that a tsunami could be generated and evacuate the coastal area,” she said. “In Palu, a festival was occurring at the time of the earthquake that brought many people from inland areas to the bay. Many of these people might not have recognized that the shaking was their warning to get away from the coast.”