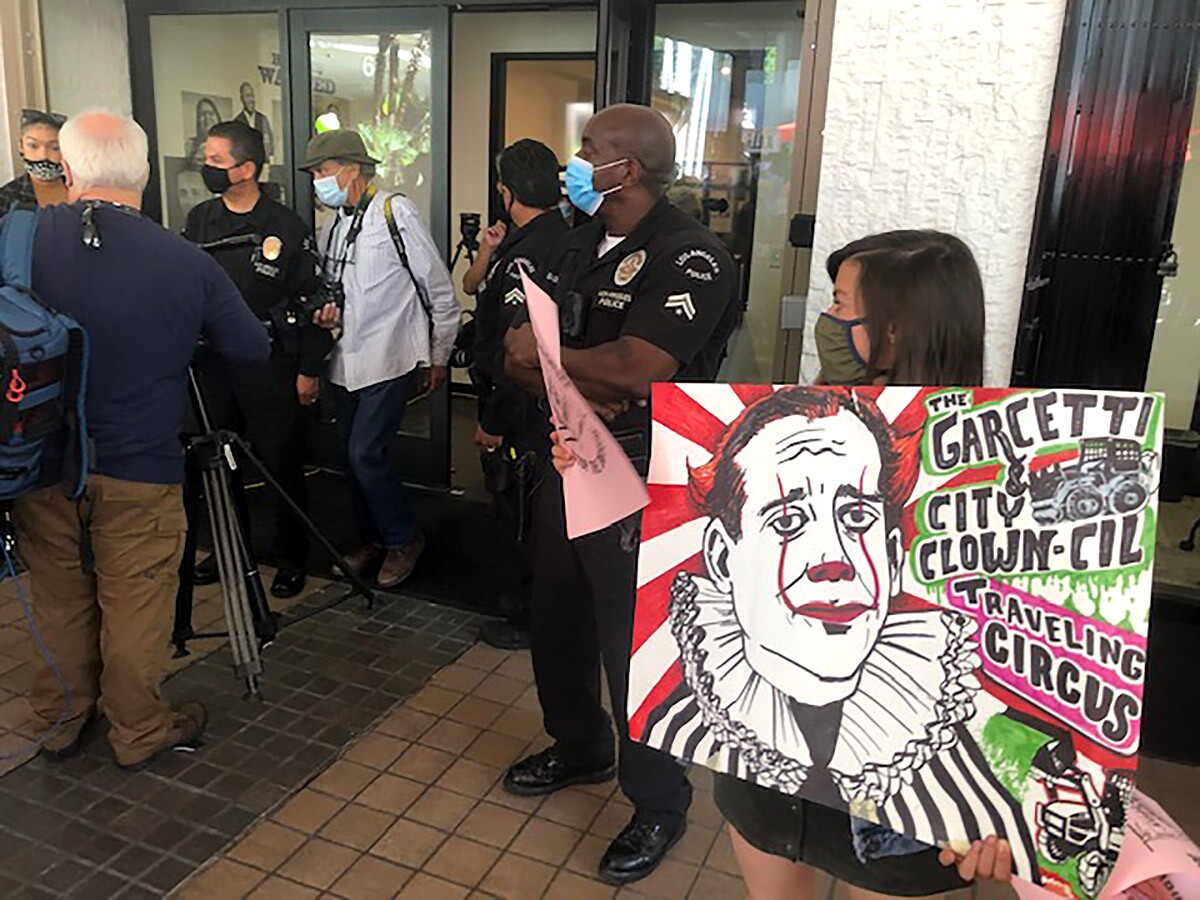 Demonstrators upset over Los Angeles City Hall’s homelessness and policing policies disrupted the celebration of a new city department Monday, drowning out the remarks of Mayor Eric Garcetti and others.

More than a dozen protesters chanted, yelled and used a bullhorn to shout expletives at officials who had gathered for the opening of the Civil and Human Rights and Equity Department’s new office across from City Hall.

Garcetti left shortly after demonstrators began yelling and other participants finished the news event inside, away from the protesters.

At one point, several police officers stood in a row in front of the office’s door.

Carla Orendorff, who held a sign that likened the mayor to a clown, criticized officials for celebrating civil rights after supporting a new city ordinance that outlaws camping around parks, libraries and other facilities. Critics say it unfairly punishes homeless people.

“The city of Los Angeles are some of the biggest abusers of civil rights,” Orendorff said.

Another protester, Nina, suggested the city wasn’t doing enough to stop homeless people from dying on the streets.

“It’s a hypocrisy when people are talking about civil rights,” said Nina, who declined to give her last name.

Some protesters also brought up the sexual harassment case involving a former Garcetti aide, yelling at the mayor and demanding to know whether there was a cover-up of the allegations.

The creation of the Civil and Human Rights and Equity Department was announced more than a year ago by Garcetti. The department investigates discrimination in the education, commerce, employment and housing fields.

City Controller Ron Galperin, speaking inside the department’s offices, said the protest is a “reminder of why we need this department” and cited the divisions seen locally and nationally.

After the news event, Garcetti told reporters that he supports protesters’ right to gather but also said some are “yelling” and others are “doing.”

Ricci Sergienko, an organizer with the activist group People’s City Council who attended Monday’s protest, said that no one group organized the demonstration.

Protests targeting politicians have become more vocal and personal in the last year. The City Council on Tuesday will vote on a proposed law that would bar protesters from coming within 300 feet of a target’s home. 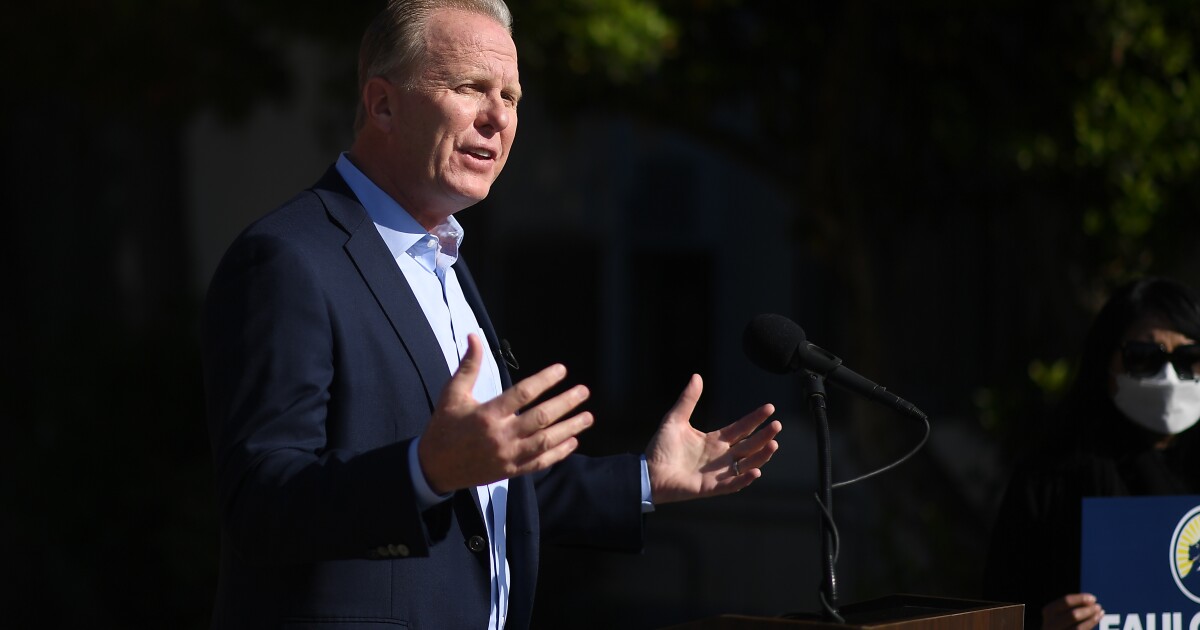