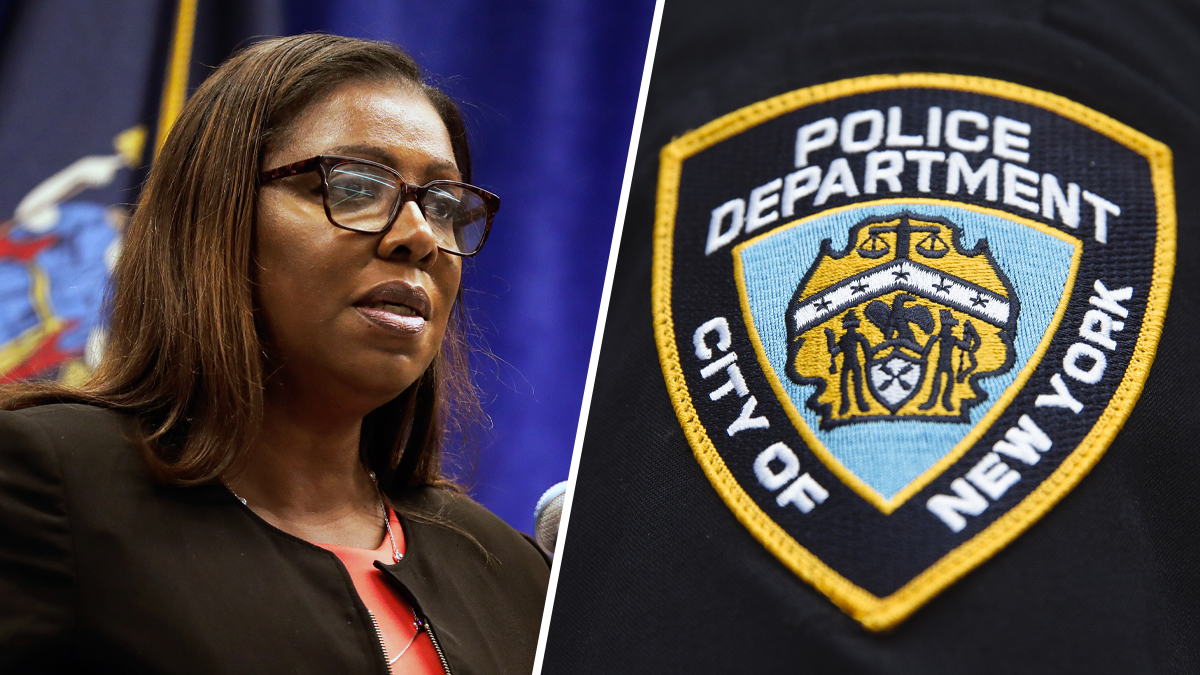 James’ action will reignite the debate over how the department handled the George Floyd protests that rocked the city last year. Last month the city’s Department of Investigation released a bombshell report on deficiencies in the police response that called for wholesale oversight and procedural change.

In the complaint, James outlines the NYPD’s illegal and harmful conduct against New Yorkers during the recent racial justice protests and for years prior, “which has led to significant injuries and violated individuals’ basic right to peacefully protest,” according to James’ office.

The lawsuit specifically charges the NYPD, the City of New York, Mayor Bill de Blasio, NYPD Commissioner Dermot Shea, and NYPD Chief of Department Terence Monahan with failing to address the “longstanding pattern of abuse by not properly training, supervising, and disciplining officers to prevent misconduct, despite knowledge and public admission that it violated the rights of New Yorkers,” according to James’.

“There is no question that the NYPD engaged in a pattern of excessive, brutal, and unlawful force against peaceful protesters,” James said. “Over the past few months, the NYPD has repeatedly and blatantly violated the rights of New Yorkers, inflicting significant physical and psychological harm and leading to great distrust in law enforcement. With today’s lawsuit, this longstanding pattern of brutal and illegal force ends. No one is above the law — not even the individuals charged with enforcing it.”

According to the complaint, James contends that the NYPD officers unjustifiably deployed pepper spray and used batons, bikes, and other force against protesters, repeatedly violating their constitutional rights and violating NYPD policies regarding the use of force and the use of pepper spray.

These actions led to “significant physical harm, including broken bones, gashes requiring stitches and staples, concussions, and other harm, as well as extensive psychological harm.”

In total, the Office of the Attorney General found that officers struck protesters with blunt instruments at least 50 times, unlawfully deployed pepper spray against protesters in at least 30 incidents, and used unreasonable force through pushing or striking protesters at least 75 times.

According to the attorney general, officers engaged in an unlawful practice of kettling or corralling protesters without providing them an opportunity to disperse, and thereafter making a vast number of arrests without probable cause.

The attorney general is seeking to remedy these longstanding and systemic problems at the NYPD by “installing a monitor to oversee the NYPD’s policing tactics at future protests and to oversee future compliance with the law, as well as a host of other reforms to address the problematic policies and training failures that are outlined in the complaint.”

Additionally, the lawsuit is seeking a court order declaration that the policies and practices that the NYPD used during these protests were unlawful.

During James’ press conference, alleged victims of police brutality during the summer protests recounted their experience.

Protester Luke Hanna, who says he was peacefully protesting on June 3 in downtown Brooklyn the death of George Floyd at the hands of police officers, claimed he was assaulted by an “irresponsible officer” who acted “out of line.”

“I was assaulted by an irresponsible officer because that officer was sure that he or she would get away with it,” Luke Hanna, a protester said. “My hope from this [lawsuit] is that the individual officers that acted out of line..throughout the protests are held accountable and, beyond that, a fundamental change in the way the NYPD recruits and trains its officers.” Unemployment benefits for millions of Americans have lapsed. What happens now?