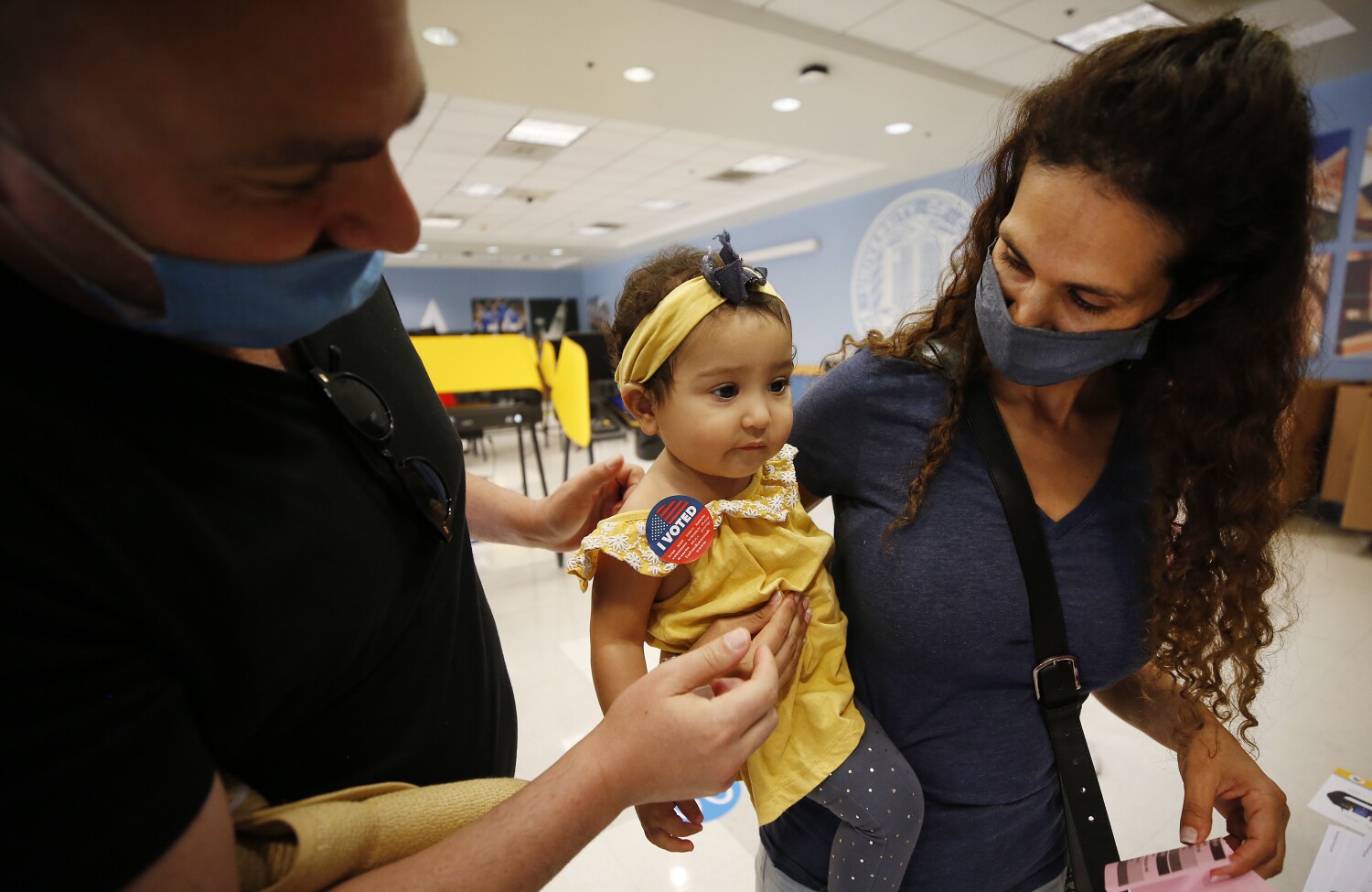 The polls close at 8 p.m., and then the counting begins.

It’s still unclear when we will know whether voters ousted Gov. Gavin Newsom, though recent polls have suggested recall backers have an uphill battle. Those same polls show Larry Elder outdistancing his GOP rivals to replace Newsom by a wide margin. But that matters only if Newsom is recalled.

As of early Tuesday afternoon, about 9.1 million Californians, or roughly 41% of the electorate, had already returned their ballots, according to information compiled by Political Data Inc., a California election research company. Although every registered voter statewide received a ballot in the mail, many still trekked to their local polling places Tuesday.

A timeline for counting ballots tonight (and beyond)

Key factors: Democratic turnout and and who will actually vote on the second question

How to tell if your mail-in ballot has been counted

What we know about turnout

Information compiled by Political Data Inc., a California election research company, shows that young voters and Latino voters were showing up as a smaller percentage of early ballots relative to their share of the registered electorate.

Data reported through late Tuesday show 64% of all ballots collected were cast by Californians age 50 or older, even though voters in those older age groups make up only 49% of registered voters. Only 16% of the early votes came from voters ages 18 to 34, a group that represents 28% of the voters who were mailed a ballot.

In terms of race and ethnicity, Latino voters were also underrepresented in the early reports. While making up 27% of all voters, only 18% of the first ballots came from Latinos.

White voters were overrepresented in the ballots that had been submitted by late Tuesday by 9 percentage points relative to their portion of the registered electorate.

Voter diversity has been a lingering challenge in California.

Researchers at the nonpartisan Public Policy Institute of California began reporting on the state’s “exclusive electorate” in the early 2000s. At the same time the state was growing more diverse, its voters were reflecting an era that had passed by.

“Voters in California tend to be older, white, college educated, affluent, and homeowners,” PPIC researchers wrote in an update report in 2016. “They also tend to identify themselves as ‘haves’ — rather than ‘have nots’ — when asked to choose between these two economic categories.

“Nonvoters tend to be younger, Latino, renters, less affluent, and less likely to be college educated than likely voters — and they generally identify themselves as have nots.”

Another question is whether someone will try to challenge the results. Some right-wing activists began sowing doubts about the integrity of the vote and have made unfounded allegations.

On Tuesday, Newsom and GOP candidate Caitlyn Jenner both addressed conspiracy theories about election irregularities.
“This election fraud stuff is a crock; it’s shameful. And when I say that, I mean that,” Newsom said. “Guys like me come and go. We’re a dime a dozen, politicians. Quite literally a dime a dozen. It’s about our institutions. It’s about this nation. It’s about trust and confidence.”

He called out politicians and other figures he blames for peddling “the big lie.”

Elder has refused to answer whether he will accept the election results if the recall effort fails. He recently added a section to his campaign website called “stop fraud” where voters can report irregularities.

Election officials in L.A. said there were few problems with balloting. But here is a guide to this side of the recall battle: