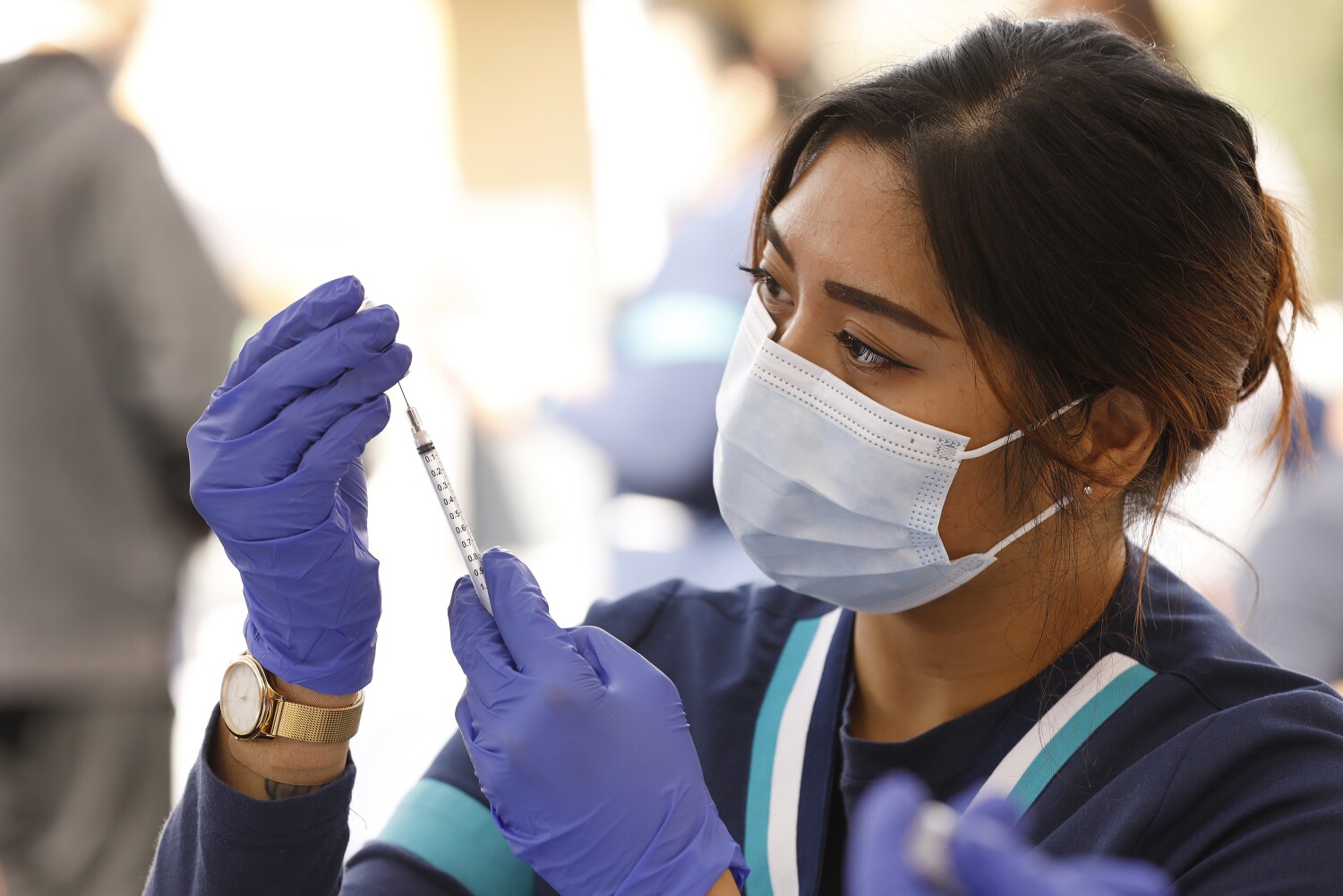 Although officials cautioned the figure was likely an undercount, as there are reporting delays on weekends, it still marked a bright spot, capping several months of progress in the fight against the coronavirus.

The county also reported 313 new cases of the virus. There were 390 COVID-19 patients in county hospitals as of Saturday, a drop of about 16% from two weeks before.

L.A. County has recorded more than 1.2 million confirmed cases of the coronavirus, and 23,915 residents have died from causes related to COVID-19, according to The Times’ independent tally.

Meanwhile, 46.8% of L.A. County residents have received at least one dose of vaccine, and 31.5% are fully vaccinated. Experts have credited a relative lack of vaccine hesitancy in California with helping to hold off another surge of infections, as has been seen in some other states.

Public health officials said Saturday that infections in L.A. County remained at their lowest levels since the start of the pandemic. The average daily rate of positive cases among those tested was 0.7% over the past week, according to county data, and just 0.6% of the tests performed Saturday came back positive.

The sustained declines come as L.A. County appears poised to move into the most lenient — or yellow tier of the state’s COVID-19 reopening system, which will permit most businesses to operate indoors, with modifications. To qualify for the wider reopenings, the county must have an adjusted daily new case rate of fewer than 2 per 100,000 people.

According to state data released last week, the county’s rate of new coronavirus cases — adjusted based on the number of tests performed — had dropped to 1.9 per day per 100,000 people. Officials are expected to announce Tuesday whether the county has been able to maintain or drop below that rate for a second week, as required to move forward with a wider relaxation of rules.

When wildfires roar through a forest and bulldozers dig into …

Two years after Gov. Gavin Newsom ordered a moratorium on …