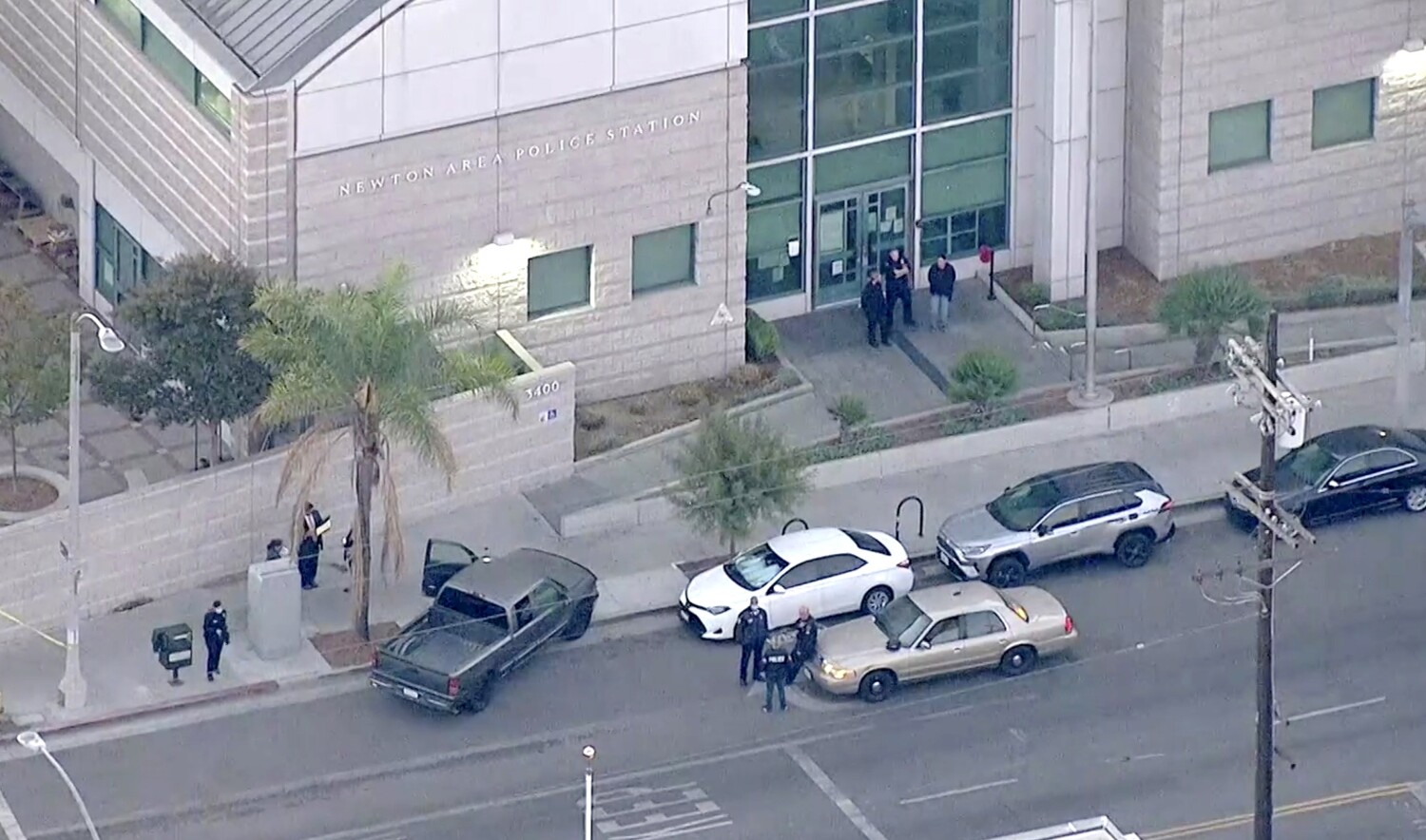 The circumstances that led to the shooting, which occurred shortly after 5 a.m. near South Central Avenue and 34th Street, were not immediately clear, LAPD Capt. Stacy Spell said. The officer was shot while driving to work, Spell said.

The male officer, who was not identified, was able to get to a nearby fire station to seek help and then was rushed to a hospital. He was initially described as being in stable condition, authorities said.

LAPD Chief Michel Moore said in a tweet that he had spoken to the injured officer by phone and was grateful that it appeared he would survive what the chief called an “unprovoked attack.”

The bullet grazed the side of the officer’s head, police said.

A 14-year-old was detained in connection with the shooting a few blocks away, at East 29th Street and Naomi Avenue, a law enforcement source familiar with the investigation told The Times. The source was not authorized to speak publicly about the investigation and spoke on condition of anonymity.

“Too many guns in too many hands,” Moore tweeted.

Images from near the police station showed a pickup truck with damage to its windows. Officers have flooded the area and set up a perimeter. Video from KTLA-TV showed authorities walking along the road outside the station, scanning the area with flashlights in the predawn darkness.

Police found a gun at the scene that they suspect was used by the shooter.

This report will be updated.

SACRAMENTO —  The word is out that major land zoning bills … 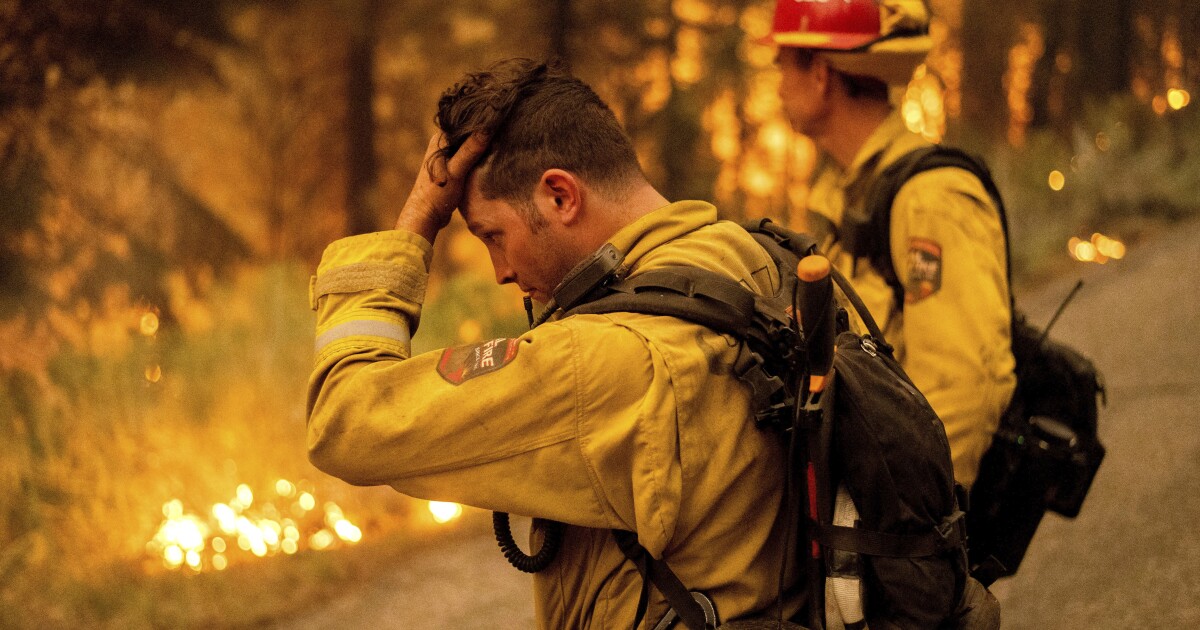 California’s largest wildfire so far this year merged with another, …