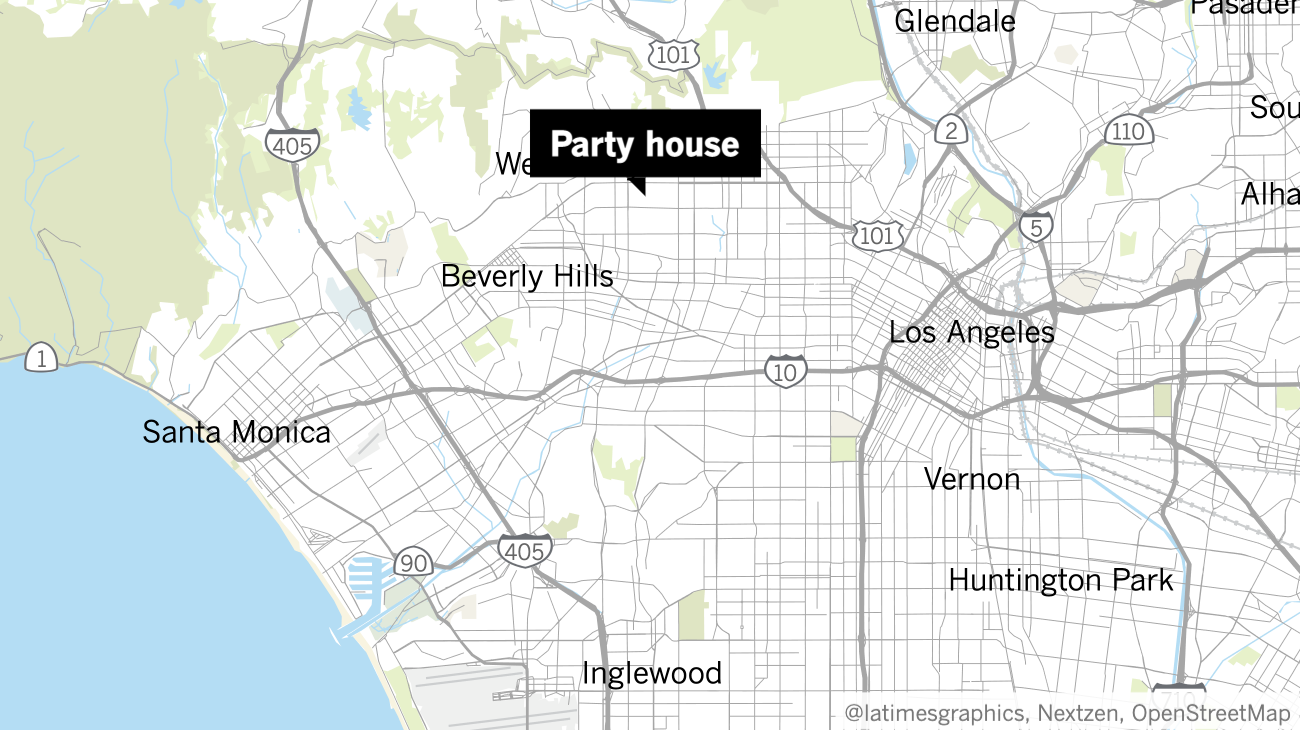 The Los Angeles Department of Water and Power said it cut utilities Tuesday to a Fairfax district home where at least three parties were held in violation of the city’s ban on large gatherings.

Mayor Eric Garcetti’s office approved the shut-off in line with a public order aimed at slowing the spread of the coronavirus.

At least 40 people attended a party Saturday at the home in the 800 block of North Curson Avenue, according to the Los Angeles Police Department.

Officers arrived at the home at 11 p.m. after receiving a complaint of a gathering at a “social media influencer residence” and cleared the party, an LAPD spokesman said.

Garcetti spokesman Alex Comisar said in a statement that each time they went to the home, officers informed the residents that large gatherings were in violation of the mayor’s public order.

He said that after the October party, a “mayor’s office staffer spoke with both the property owner and a tenant to warn them that any future violation would result in a disconnection of utilities.”

The utilities will stay off until the mayor’s office orders them to be turned back on, said LADWP spokeswoman Ellen Cheng.

The property owner did not respond to requests for comment.

Loading... What to Know Gov. Andrew Cuomo revealed a first-in-the-nation …