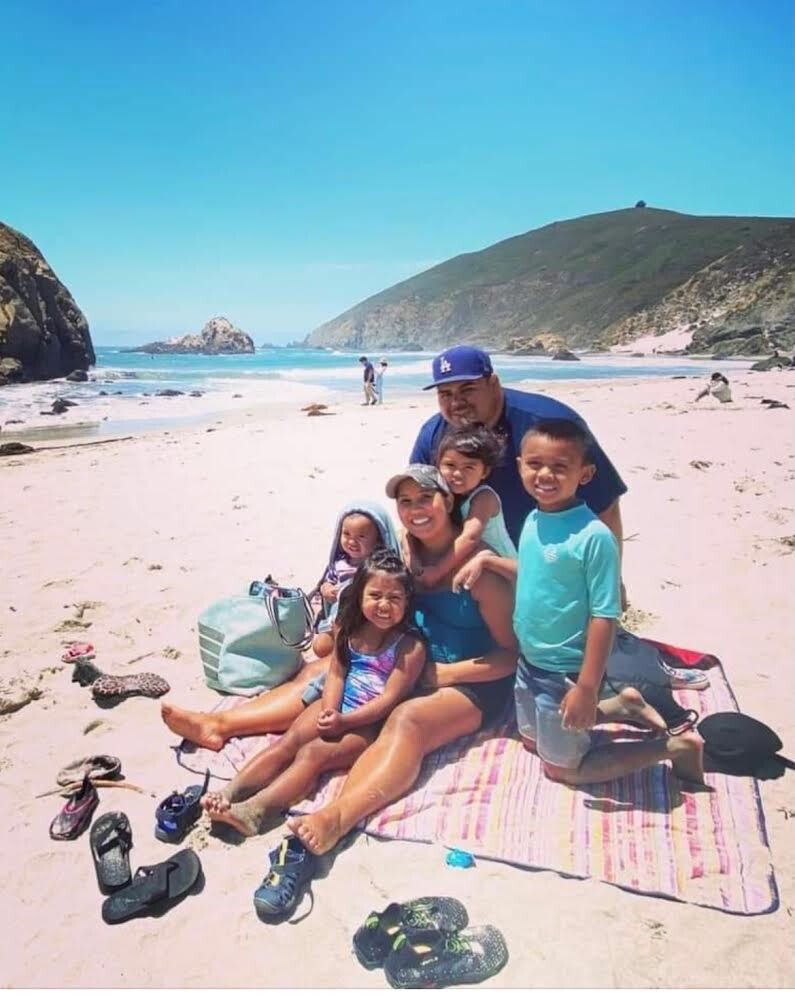 The family photo of Mom, Dad and four smiling kids, relaxing on the beach in Big Sur in July, gave no hint of the heartbreak that lay ahead.

Davy Macias, a 37-year-old registered nurse from Yucaipa, would succumb to COVID-19 on Aug. 26, eight days after delivering a baby girl she never got to hold because she was on a ventilator.

Her husband Daniel, 39, a middle school teacher, also was stricken by the coronavirus and spent his last days in a hospital intensive care unit. He died Thursday, leaving behind the couple’s five children, ages 7 and younger.

“Incredibly sad news. Daniel lost his fight with COVID yesterday afternoon,” his sister-in-law Terri Serey posted Friday on a GoFundMe page set up for the family when both parents fell ill.

“There aren’t words to explain the loss of both him and Davy,” she wrote. “Keep the kids in your thoughts and prayers. They gained two angels but still have a long road ahead of them.”

Davy Macias had not been vaccinated because of her concerns about her pregnancy, Serey said. Family members think that Daniel also was unvaccinated, but they are not certain.

The couple and their four children all contracted the coronavirus after a trip to Big Sur in July, which included a stop on the way back at an indoor water park in Orange County, Serey said. Davy was seven months pregnant when she got sick.

“She had it the worst because they couldn’t give her all of the medication because of the pregnancy,” Serey said. “The kids recovered quickly, but Davy wound up in the hospital. Daniel went days later — they had to call an ambulance because he couldn’t breathe.”

Serey remembered the couple as loving parents who were great at their jobs. Davy was a labor and delivery nurse at Kaiser Permanente Fontana Medical Center. Daniel taught math and AVID, a college preparatory course for struggling students, at Jehue Middle School in the Rialto Unified School District.

“I was always impressed with both of them,” Serey said. “They had their act together…. They worked like a well-oiled machine together. The kids always had what they needed and never doubted at any point that they were loved.”

The children are being cared for by their paternal grandparents, Serey said.

“They seem like they’re doing really well,” she said. “They’re still asking for Mommy and Daddy and don’t fully understand that they’re not coming back. I’m sure the realization will kick in at some point, but right now they’re playing together and it’s nice to see them happy for a little bit.”

By late Sunday afternoon, the family’s GoFundMe campaign had raised more than $197,000. Serey said the family is grateful for all of the donations, including groceries, toys, baby items and gift cards that have poured in for the children, the youngest of whom has yet to be named.

“When we talked to Daniel after the baby was born, he said he wanted to wait for Davy to name her,” Serey said. “He said, ‘I have an idea, but I want Davy to choose.’ He kind of took it with him, which just goes to show you that they did not expect it to get as bad as it did.” 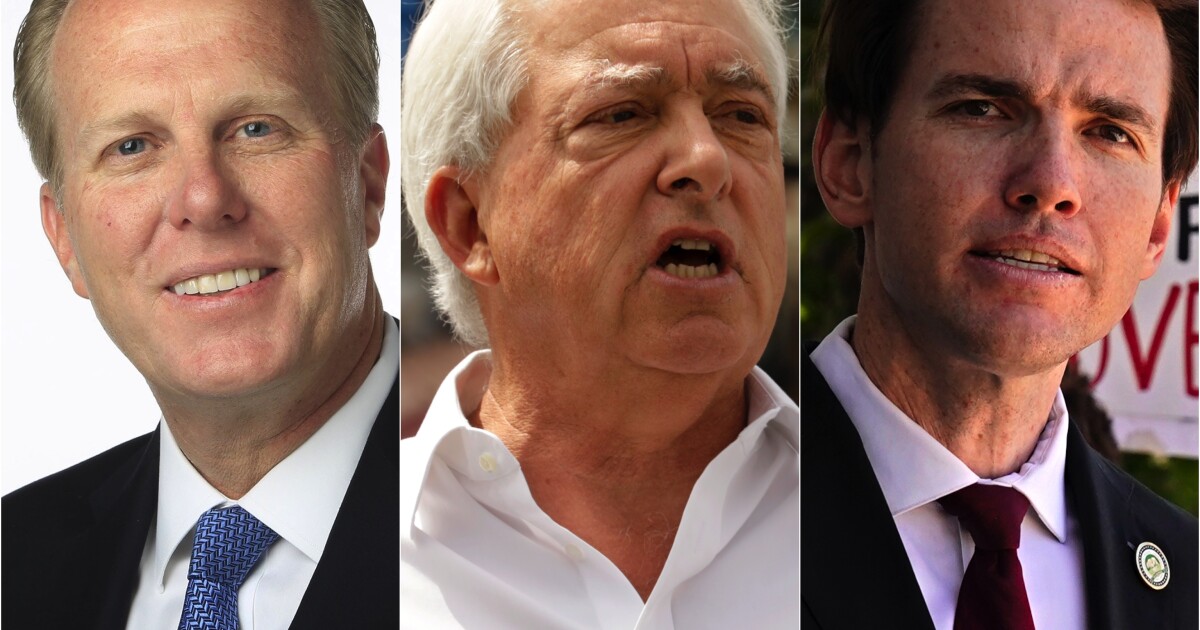 SACRAMENTO —  Republicans hoping to replace Gov. Gavin Newsom in the … 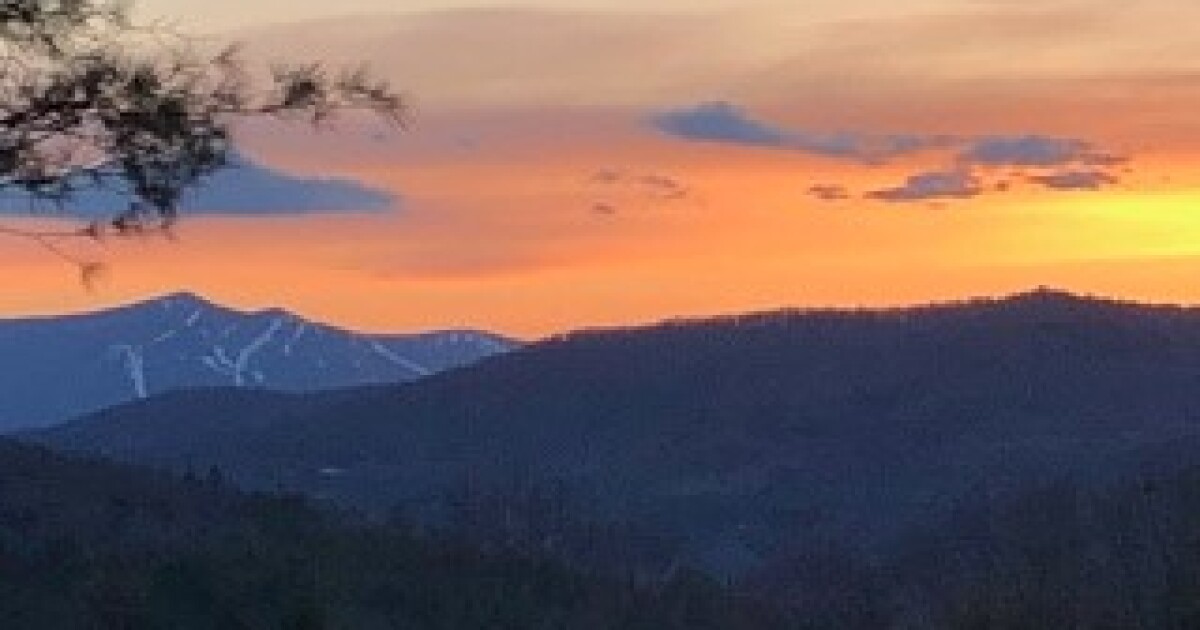 After more than four agreeable decades in California, my wife …