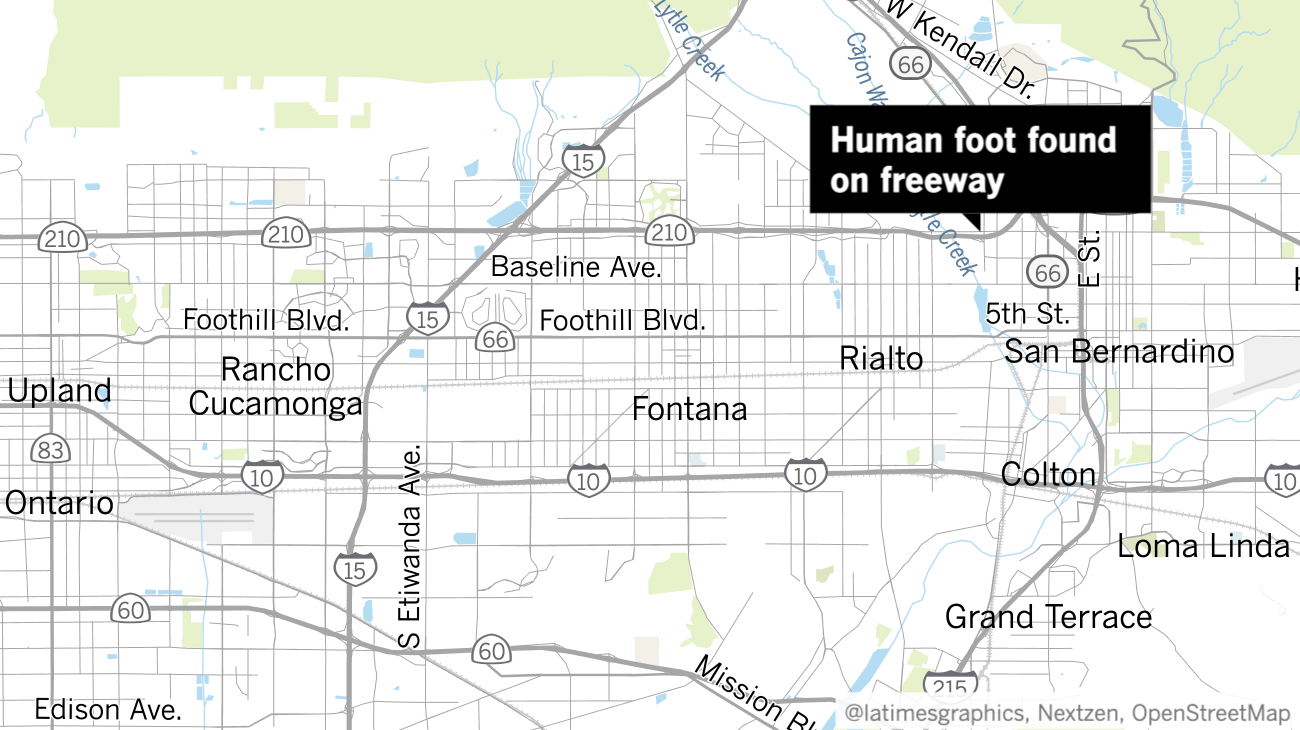 Authorities are investigating after a human foot was found on the 210 Freeway in San Bernardino.

The appendage, which appeared to be a right foot, was discovered around 9:12 a.m. Monday by a California Department of Transportation employee in the center median of the freeway near State Street, according to Sgt. B. Robinson of the California Highway Patrol.

It was bare with no identifying information and appeared to have been there for a while.

“It did not look like a fresh injury,” Robinson said. “It could have been several days or longer. It was decomposing.”

The foot was turned over to the San Bernardino County coroner’s office, which said Tuesday that identification is pending and could take some time.

No patients missing a foot were reported at nearby hospitals, Robinson said.

It was not the first time a Caltrans employee made a gruesome discovery in recent months. In November, a snowplow driver uncovered the bodies of a man and a woman while clearing a remote stretch of highway near Yosemite.

A Caltrans representative said Tuesday that the agency could not comment on the foot because of the ongoing investigation.

Officials are asking anyone with relevant information to contact California Highway Patrol at (909) 383-4247.

WASHINGTON (AP) — The Supreme Court is telling California it …

Travelers on airplanes and public transportation like buses and subways …