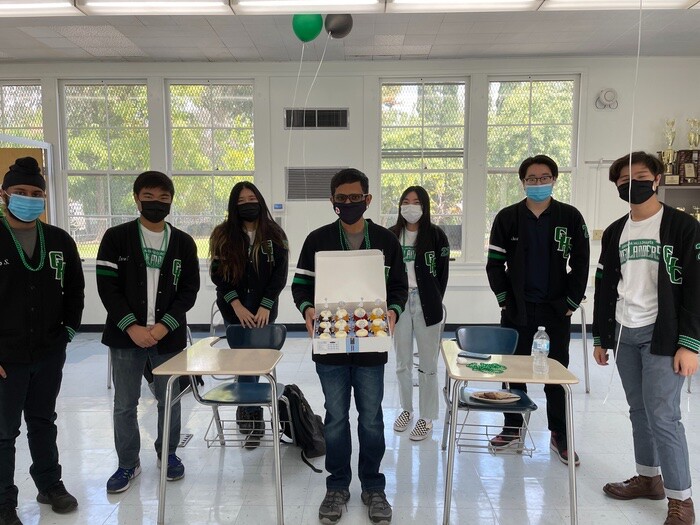 Growing up in Winnetka in a Korean family, 17-year-old twins Eunice and Joshua Choi had heard about the Korean War from their parents and grandparents. But it wasn’t until this last year, training up for their high school’s academic decathlon team, that the Granada Hills Charter seniors came to see their family history in a new way.

The Cold War was the theme of this year’s academic competition. Studying “the larger context” of “how the U.S. influenced other countries through proxy wars,” Eunice Choi explained, “opened my eyes to the amount of soft power and propaganda that was so prominent and how it influences us today.”

Louis Armstrong, Duke Ellington, Kurt Vonnegut, the space race and the nuclear arms race were among the topics the teens studied. The Choi siblings had already read “Cat’s Cradle” in their free time, but for the competition they revisited the classic Vonnegut novel through the lens of the Cold War.

Joshua Choi studied up on jazz and added Ellington’s “Take the A Train” and Armstrong’s “Remember Who You Are” to his playlist.

Spots on the Granada Hills Charter academic decathlon team are highly competitive. The rules call for students with a wide range of grade point averages, bringing different strengths and weaknesses to the team.

After a frigid start, less wind today makes for a …