A Georgia man has been arrested on rape, kidnapping and other charges in a New York City sex attack that happened nearly 18 months earlier, police say.

Rony Lopez Alvarez, a 38-year-old from Clayton County, also is accused of criminal sexual act, sex abuse and robbery in the January 2020 attack on a then-27-year-old woman in Queens. He was arrested on June 11 of this year, police said.

It wasn’t clear how police tracked down the alleged rapist, nor was it known where he was apprehended. Cops had been looking for him for well more than a year.

The victim was walking along Jamaica Avenue around 4 a.m. on Jan. 18, 2020, when police allege Lopez Alvarez, who they say was walking ahead of her, stopped in front of a building. The woman went to walk by him and Lopez Alvarez allegedly grabbed her, dragging her into a nearby alleyway where she was raped.

The victim was treated at a hospital for injuries to her head, body, arms and legs at the time.

No details on a possible attorney for Lopez Alvarez were immediately available. 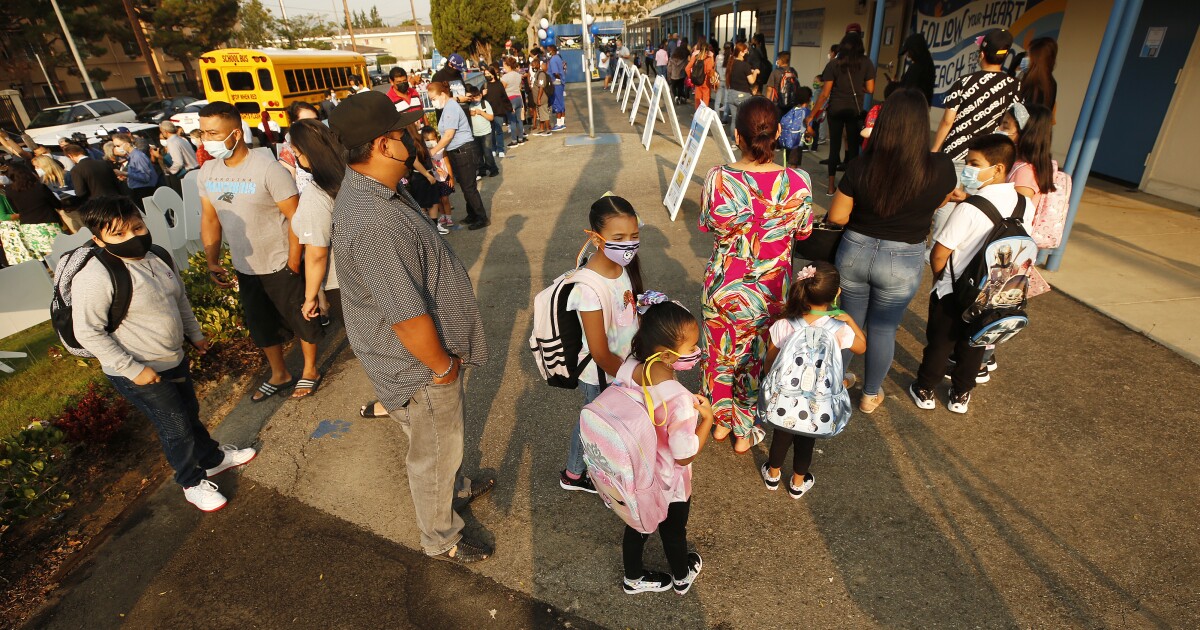 Children in Los Angeles and around California have streamed into … BOSTON (CBS) — In the first period on Monday night …