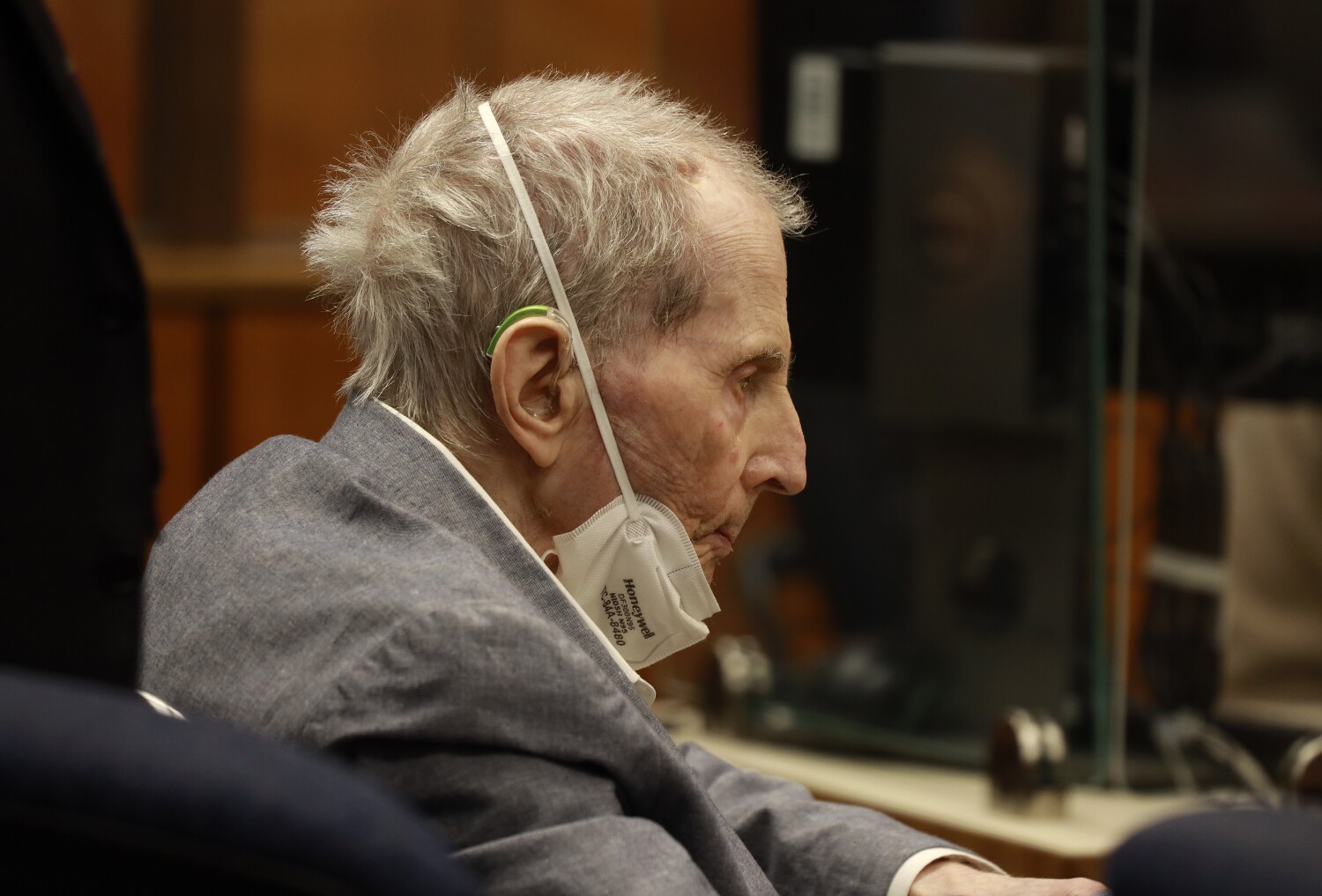 For five months, Robert Durst stood trial in a Los Angeles courtroom for one woman’s death that was inextricably linked to the disappearance of another.

Prosecutors have long argued Durst traveled to the West Coast in 2000 and killed his longtime confidante, Susan Berman, in order to prevent her from helping authorities in New York prove he killed his first wife, Kathie McCormack, two decades earlier. At trial, prosecutors spent days offering evidence that Durst and McCormack’s marriage was in shambles, and called witnesses who testified that the young nursing student lived in fear of her husband.

When 12 jurors convicted Durst of murder last month, they also upheld the special circumstances allegation that the 78-year-old real estate scion gunned down Berman because she was a witness to a crime.

So when the McCormack family’s attorney, Robert Abrams, received an email alerting them that they will not be allowed to speak at Durst’s sentencing this week, he was as surprised as he was frustrated.

“It was never really a thought that they wouldn’t be allowed to give a victim impact statement,” Abrams said. “When somebody is the central focus of the criminal trial, you would expect it.”

While victim commentary will have no impact on Thursday’s hearing — defendants convicted of special circumstances murder in California can only be sentenced to life in prison or death, and prosecutors did not seek capital punishment against Durst — Abrams has said it’s outrageous that the McCormacks would be denied a chance to confront Durst after waiting four decades for anything resembling justice.

“You have a duty to support and protect the rights of victims and their families, including by notifying them of their right to make a victim impact statement. Yet, rather than advocate for the McCormack family you have sought to silence them,” Abrams wrote in a letter to prosecutors on Monday. “Your conduct is appalling and your motives are unethical.”

Legal experts, however, warned that the McCormack family’s anger is misplaced. Under California law, the only people who have a right to make an impact statement at a sentencing hearing are the victim or their surviving relatives. While the McCormacks may be victims of a crime committed by Durst in New York — where a grand jury will be convened to weigh charges against the real estate heir in Kathie’s 1982 vanishing — only the Berman family would be eligible to confront Durst on Thursday, experts said.

The Los Angeles County district attorney’s office did not respond to a request for comment Monday. It is unclear who will speak at Thursday’s hearing and Abrams would not say if any of McCormack’s four surviving siblings, two of whom testified during trial, planned to appear in court.

According to emails provided by Abrams, prosecutors did not actively try to stop the McCormacks from speaking. Rather, they cited the section of the California penal code governing victims’ rights, and noted that Durst’s attorneys had objected to the McCormacks’ request to speak at the sentencing hearing, according to the email.

Durst’s defense team did not respond to a request for comment on Monday. But according to an email sent by Deputy Dist. Atty. Habib Balian, prosecutors indicated Los Angeles County Superior Court Judge Mark Windham had tentatively ruled against allowing the McCormacks to speak.

Dave Ring, a Los Angeles-based victims rights attorney, said that McCormacks’ frustration is certainly understandable, but California law is clear on the issue. He also warned that Windham might open an avenue for Durst to appeal his sentence if the McCormacks were allowed to speak at the hearing.

“It’s really unfortunate because this is one of those difficult situations where you absolutely understand why the McCormack family wants to get up in court and speak their piece because this is probably the only chance they’ll get to do it,” Ring said, noting that Durst is elderly and in poor health.

Abrams insisted the section of the penal code cited by prosecutors doesn’t narrowly define who a victim is. He also pointed to a section of the California Constitution, which defines a crime victim as “a person who suffers direct or threatened physical, psychological, or financial harm as a result of the commission or attempted commission of a crime.”

Abrams argued that Kathie’s surviving relatives have long feared Durst would try to kill them, and also said the family had a right to respond to the defense’s repeated allegations that Kathie was abusing cocaine in the months before she vanished.

Ultimately, Abrams said he believes prosecutors would not have been able to win a conviction against Durst without the McCormacks. If Kathie’s disappearance was critical to the entire legal journey, he said, her loved ones should not be excluded from the final step.

“Whether you’re a judge or a lawyer or a prosecutor, you can’t say in good conscience that the majority of this case did not revolve around Kathie,” he said.

More than a dozen people were injured Monday when a …