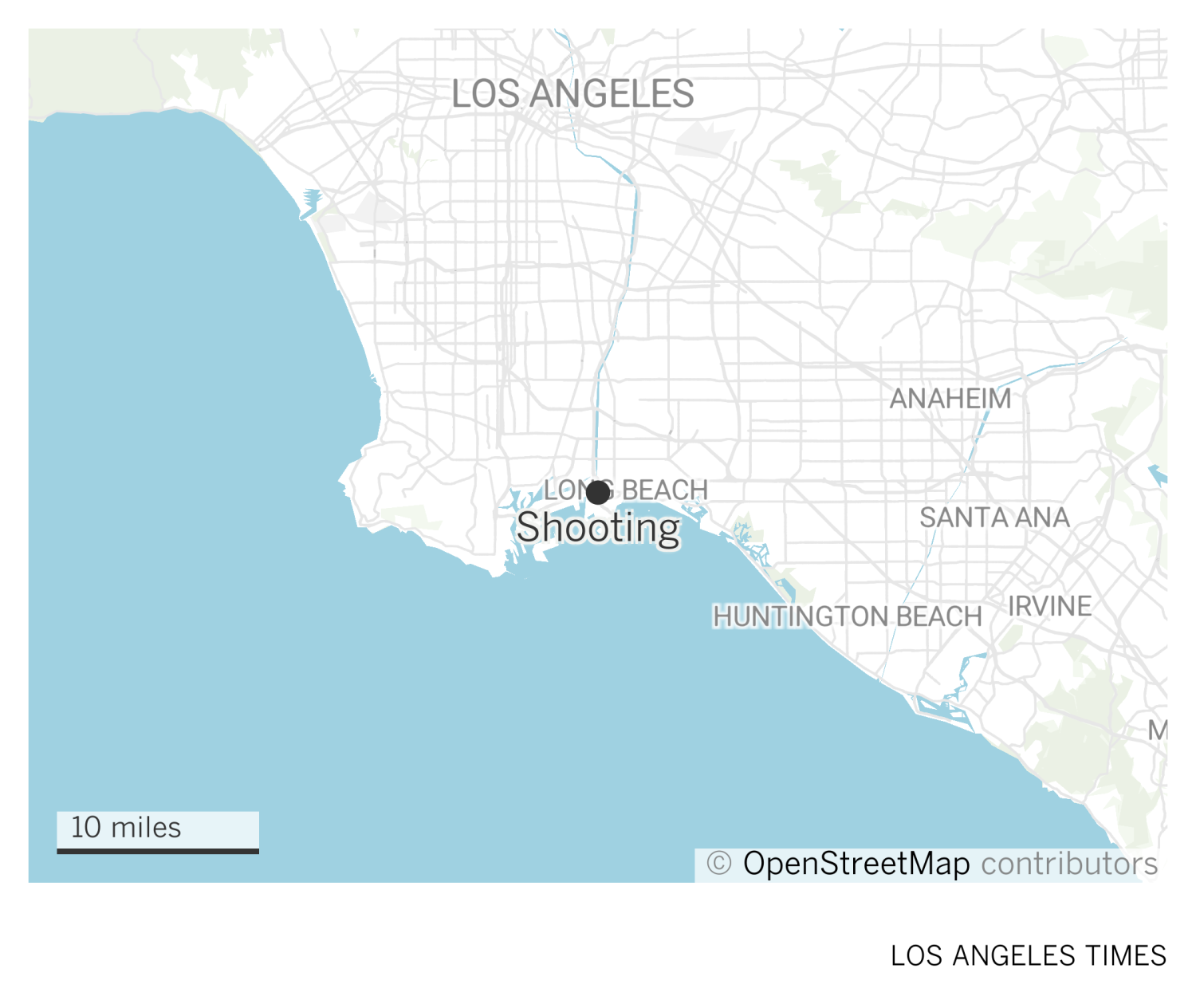 Three people, including a 13-year-old boy, were wounded in a drive-by shooting Saturday in downtown Long Beach outside The Pike Outlets, a popular waterfront restaurant and retail center, police said.

The shooting occurred about 7:30 p.m. near Shoreline Drive and Aquarium Way, Long Beach Police Chief Robert Luna told the Long Beach Post. Two men and a 13-year-old boy were wounded in the shooting.

One of the victims was in critical condition, according to the Post.

The shooting occurred in front of a Hooters restaurant, with at least one bullet entering the building, Luna said.

Surveillance video helped police detain three people for questioning. No motive was given for the shooting. BOSTON (CBS) — The Patriots are feeling it at the …
The world of fashion has lost a legend. Designer Virgil Abloh, …