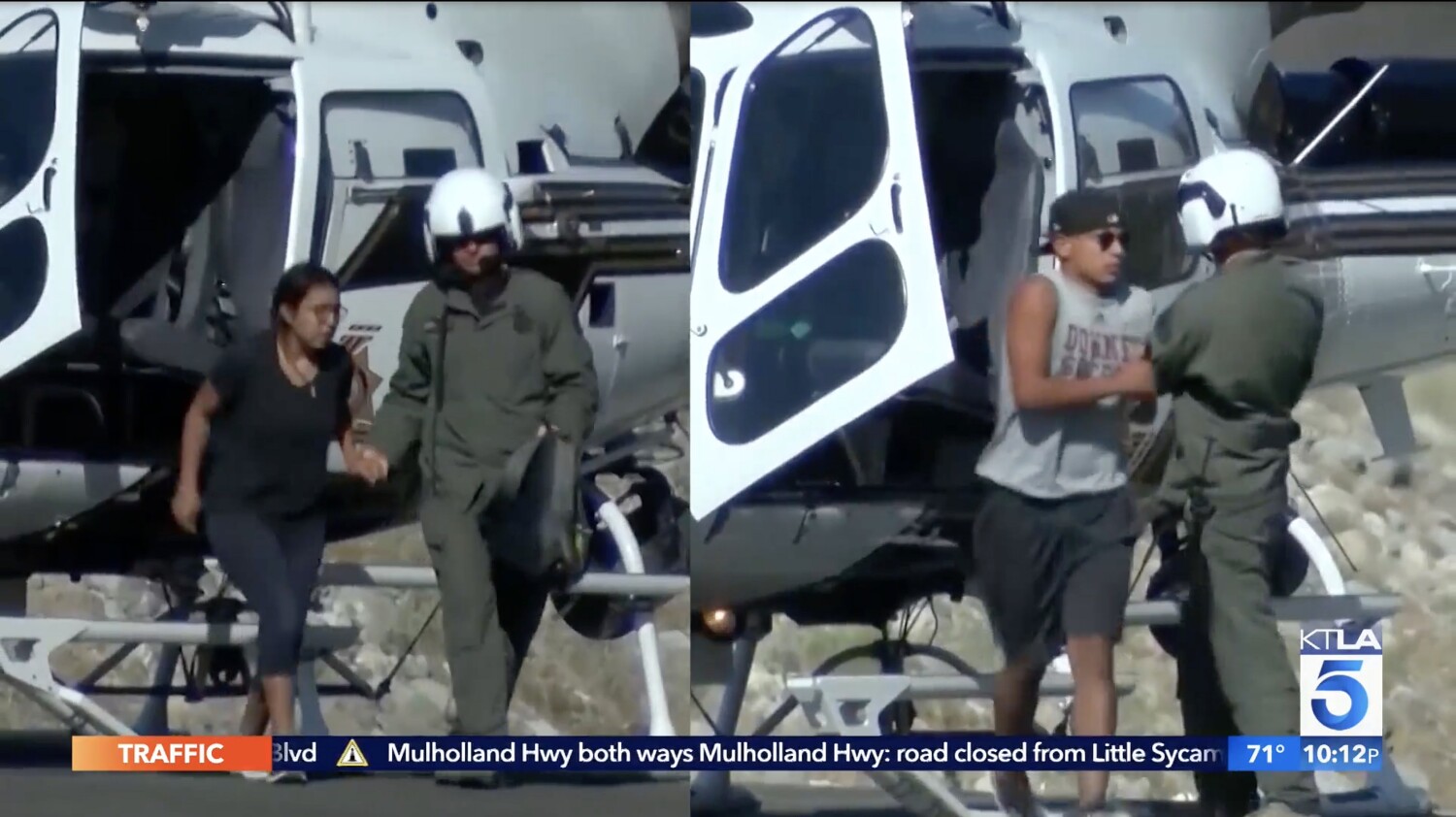 School district officials were investigating what went wrong after more than a dozen students and staff from Downey High School were rescued from Mt. Baldy over two days, with two teenagers spending a frigid night on the mountain.

The group of student athletes and coaches became stranded during what was supposed to be a team-building hike, said Ashley Greaney, a spokesperson for the Downey Unified School District.

Multiple rescues are made weekly from the steep mountain but rarely of groups this large, said Cindy Bachman, a spokesperson with the San Bernardino County Sheriff’s Department.

About 51 students from Downey High’s soccer and lacrosse teams, along with three coaches, set out at 9 a.m. Monday for a group hike up the mountain, officials said.

The group hiked the Devil’s Backbone and Ski Hut trails, and eventually split into separate teams.

Around 7 p.m., after most of the hikers made it back to their cars safely and left the area, the Sheriff’s Department received a call that one group was stranded atop the mountain.

A helicopter team located most of the group and hoisted 10 students and three adults to safety Monday night, sheriff’s officials said.

But two teenagers were still missing, deputies were told: a 15-year-old girl and 16-year-old boy.

Search-and-rescue teams fanned out on the ground, and a sheriff’s helicopter crew scoured the area from the air.

Volunteer teams continued searching through the night and found the pair around 8:40 a.m. the next morning.

The teens were then airlifted to safety, authorities said.

Andrea Jauragy, an 11th-grader identified as one of the last two students who were rescued, tearfully told KTLA-TV Channel 5 that during the hike she injured herself and her friend stayed behind with her.

Trying to go up the mountain, “we found no one,” she said, “and we kept going, but we couldn’t find anyone.”

The coaches who had set out with all of the students stayed in the area overnight, and Downey district staff arrived the next morning to provide support to students and their families, Greaney said.

“We’re just extremely, extremely happy that our students were found, and we can’t thank the San Bernardino County Sheriff’s enough for their dedication and hard work,” she said.

Team-building exercises among the school’s athletes are not uncommon, but this activity was new, Greaney said.

The district has launched an investigation “and will take appropriate steps to prevent this type of incident from happening in the future,” according to a statement provided by the school district.

Mt. Baldy is the tallest peak in the San Gabriel Mountains, rising more than 10,000 feet.

People frequently become stranded there, and helicopter rescues are often the only way to get them off the rugged terrain, Bachman said.

Sometimes hikers become injured or lost and are found in areas that can’t be easily accessed by ground crews — like the side of a cliff.

“They conduct these rescues often,” Bachman said, “but it doesn’t take away the danger of the situation.” SARATOGA (CBS SF) — One Saratoga resident was displaced after …

A mother suspected of killing her three young children in …