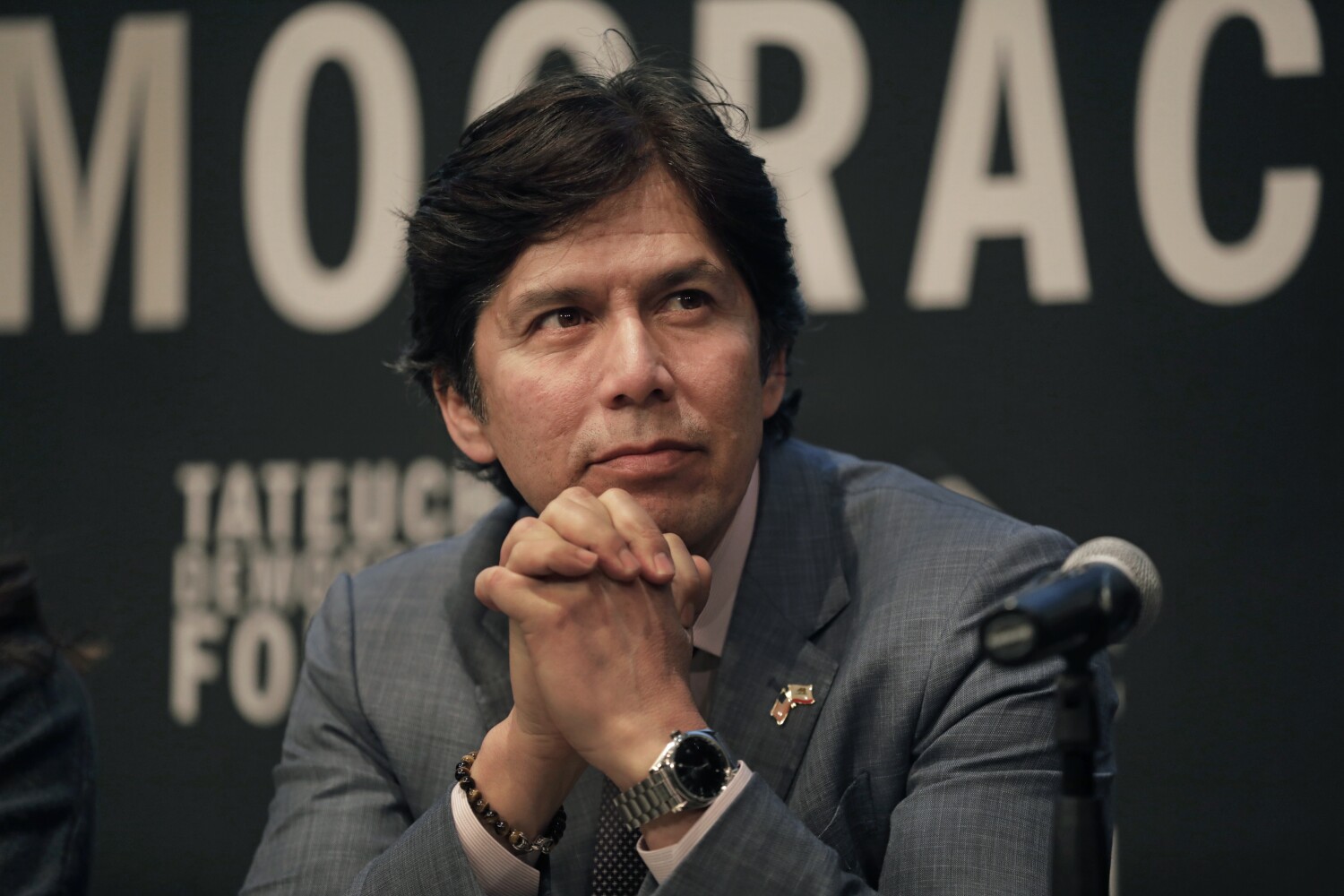 Another day, another recall notice.

Five voters who live in Northeast Los Angeles have signed paperwork seeking to recall City Councilman Kevin de León, making him the third council member to be targeted with such an effort in recent weeks.

In their notice, which was filed Monday, recall organizers criticized the councilman’s handling of the city’s ongoing homelessness crisis, saying “the homeless run the streets of Eagle Rock and our police are powerless to protect the community.”

Eagle Rock resident Pauline Adkins, the recall group’s representative, declined to provide more details when contacted by The Times. “The documents we filed are very clear on why we’re just done with this guy,” she said.

On her Facebook page, Adkins has called for the resumption of Eagle Rock’s concerts in the park — something currently underway — and railed against plans for De León’s plan for a tiny home project that would provide shelter to homeless residents. She frequently reposts political messages circulated by such accounts as Trump 2020, the Donald Trump Fan Club and Silent Majority Chooses Greatness Trump 2024.

De León was elected in November to represent L.A.’s 14th Council District, which includes Eagle Rock, El Sereno, Boyle Heights and much of downtown. The five people who signed the recall notice live in either Eagle Rock or Highland Park, according to the document.

An official in the City Clerk’s office said Tuesday the recall notice complies with the city’s election regulations. De León, for his part, issued a statement saying he is tackling the district’s problems with “urgency, compassion and common sense.”

“Nothing will derail our focus on saving lives as we fulfill our commitment to lift unhoused Angelenos off the streets and into housing as quickly as possible,” he said.

Recall drives have been launched and abandoned repeatedly in recent decades. The last L.A. city elected official to be recalled was Mayor Frank Shaw, who was removed in 1938, according to the city’s archivist.

Under city rules, recall backers must start the process by submitting a 300-word statement signed by five voters within the district. Actually getting on the ballot is much more difficult.

To gather a sufficient number of signatures, “you have to either have money or a really, really dedicated band of foot soldiers, or both,” said Loyola Law School professor Jessica Levinson, who follows politics in L.A. and across the country.

A recall effort is also underway on the Westside, with residents of Westchester, Venice and other neighborhoods gathering signatures in hopes of removing Councilman Mike Bonin. A third group is looking to oust Councilwoman Nithya Raman, who was elected in November to represent a district stretching from Silver Lake to Hancock Park to Sherman Oaks.

In all three cases, recall backers have cited homelessness as a major reason for seeking to remove their representative ahead of a regularly scheduled election.

To qualify for the ballot, organizers of the Bonin and Raman recall drives would need to gather more than 27,000 valid voter signatures within a 120-day span. In De León’s district, which has fewer registered voters, organizers would need about 20,500 signatures, city officials said.

Bonin and Raman said the recall efforts are driven by right-wing political forces and would ultimately waste taxpayer money. Raman, in paperwork filed earlier this month, described the movement to oust her as “yet another attempt to subvert the will of the people.”

“I’m disappointed that some individuals, most of whom are registered Republicans, would attempt to undo the results of our last election just six months after I’ve taken office,” she said.

Allison Cohen, lead proponent of the Raman recall, however, said her campaign committee is not about partisan politics and has supporters from across the spectrum.

New York City’s summer essentials are back: dozens of outdoor …