Damien Williams rushed for a touchdown in the Las Vegas debut for the Bears (3-2), who were accompanied by thousands of vacationing fans.

Derek Carr passed for 206 yards and Josh Jacobs rushed for a late touchdown in the second straight loss for the Raiders (3-2) — their first with fans in the stands at 2-year-old Allegiant Stadium.

Las Vegas struggled on offense in Jon Gruden’s first game since the revelation of the veteran Raiders coach’s racist comment about players’ union leader DeMaurice Smith in an email in 2011. The NFL is looking into the matter, and Gruden could face league discipline for comments made back when he was employed by ESPN.

Jesper Horsted caught the first TD pass by Fields, who went 12 of 20 for 111 yards in the touted Ohio State rookie’s third career start — his first since being named the Bears’ No. 1 quarterback by coach Matt Nagy. The Bears’ 32nd-ranked offense managed just 252 yards, but Chicago’s defense allowed three points in the first 50 minutes.

Khalil Mack led the Bears’ defensive dominance of his former team with eight tackles and a sack of Carr, his good friend, on a 2-point conversion attempt in the fourth quarter.

After Cairo Santos’ 46-yard field goal with 2:45 to play put the Bears up by eight, Las Vegas moved 5 yards on its ensuing drive, and Carr overthrew Bryan Edwards on fourth down.

Santos hit another field goal with 56 seconds left, and Chicago hung on to win the latest meeting of two beloved NFL franchises that failed to win a playoff game in the previous decade.

Both offenses started slowly, but Fields pushed Chicago to a 14-3 halftime lead with ample help from the Raiders’ untimely penalties. Chicago went ahead for good early in the second quarter on Fields’ 2-yard TD pass to Horsted in traffic.

Fields briefly left the game in the second quarter when he twisted his left leg while getting tackled by Yannick Ngakoue. Andy Dalton only took two snaps, but still completed a key third-down pass before Fields returned to lead a 16-play, 86-yard, 8 1/2-minute drive ending in Williams’ 4-yard TD run.

Jacobs scored the Raiders’ first touchdown with 9:01 to play, stretching the ball over the goal line an instant before it was ripped out of his hands by Chicago’s defense — but Mack dropped Carr on the 2-point try to keep the Bears’ lead at five points.

The Raiders failed to score on their opening drive in their 11th consecutive game, their longest such streak in nearly a decade. Las Vegas reached the Chicago 3 on its second drive, but a holding penalty on Foster Moreau wiped out a TD run by Jacobs, and the Raiders settled for a field goal.

Raiders: Carr was shaken up on a quarterback sneak on the first snap of the fourth quarter. He appeared to take a head shot from Roquan Smith, but Carr returned a few snaps later after a brief trip to the injury tent.

Raiders: At the Denver Broncos (3-2) next Sunday. 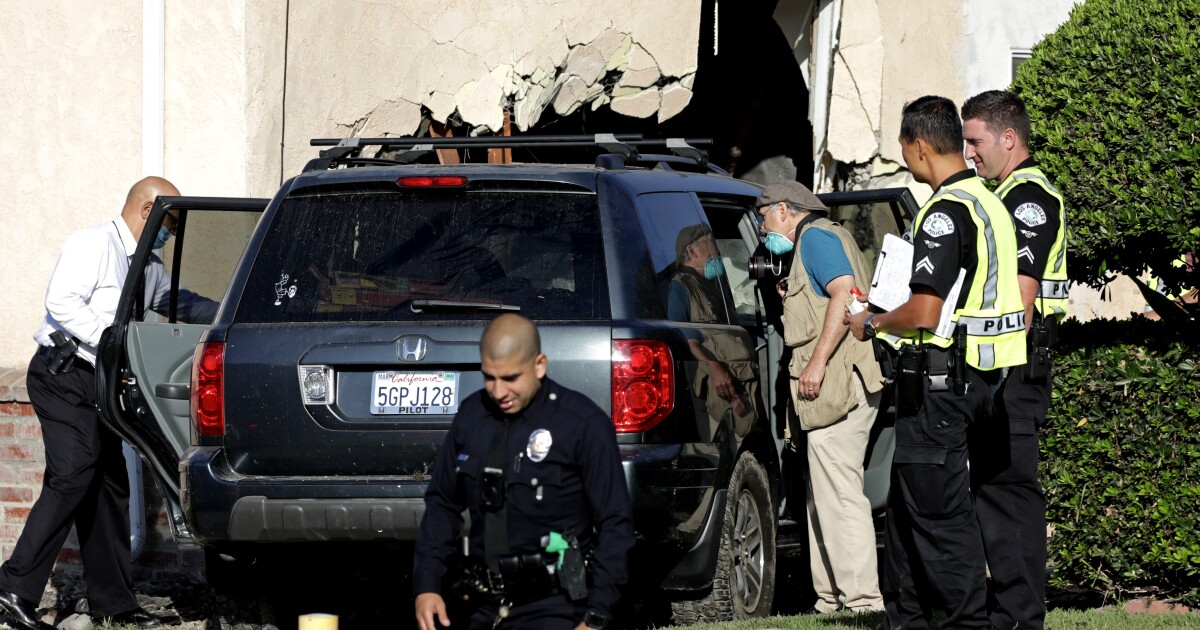 A woman was killed and a man seriously injured when …