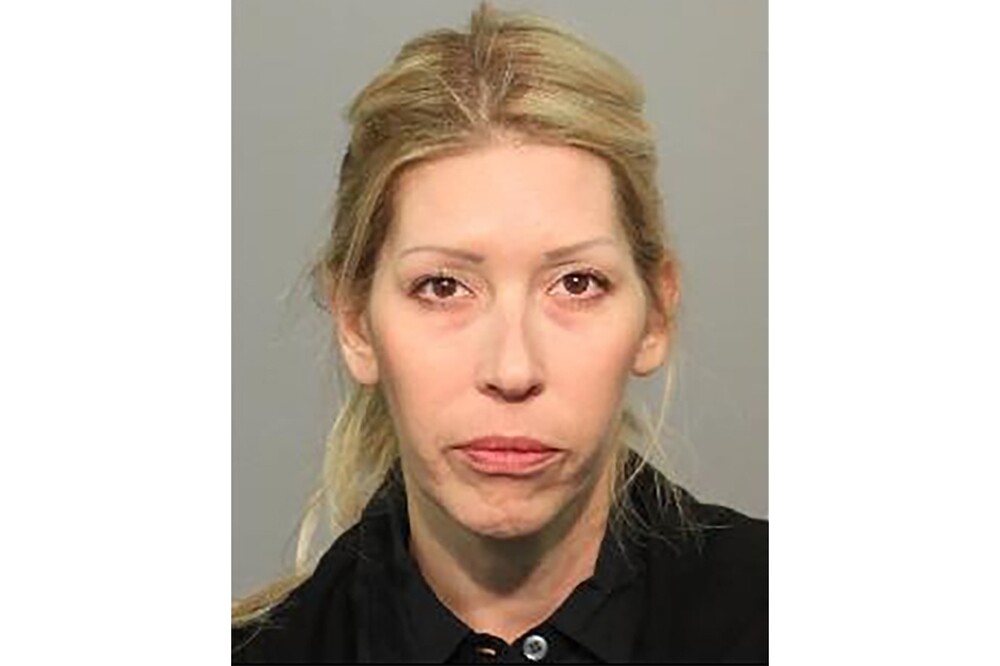 A Bay Area woman has been charged with child abuse and other crimes after allegedly hosting wild parties where she provided her 15-year-old son and other teenagers with copious amounts of alcohol and encouraged boys to sexually assault girls.

Shannon Marie O’Connor, 47, gave so much alcohol to her son and other children, mostly ages 13 to 15, that they often vomited and passed out, according to an investigator for the Santa Clara County district attorney’s office.

O’Connor set aside rooms for teens to engage in sexual activity and pressured girls to enter rooms where boys were waiting for them, the investigator, Christina Hanks, wrote in a court document.

At one party at her Los Gatos home in December 2020, O’Connor handed a condom to an intoxicated boy and pushed him into a bedroom with a girl, Hanks wrote.

The girl ran away and locked herself in a bathroom.

Another time, the same girl was lying down in a bedroom because she felt extremely intoxicated, Hanks wrote.

O’Connor brought a boy into the bedroom and left, according to Hanks.

The girl later told investigators she was too drunk to resist and that the boy digitally penetrated her while she cried and covered her face with a pillow.

“It took a lot of brave children to come forward and to untangle this deeply disturbing case,” Dist. Atty. Jeff Rosen said in a statement. “As a parent, I’m shocked.”

O’Connor, who is also known as Shannon Bruga, now lives in Idaho and is being extradited to Santa Clara County.

She was charged on Oct. 7 with 39 criminal counts, including felony child abuse, sexual assault and providing alcohol to minors.

O’Connor also faces felony fraud charges for allegedly making more than $120,000 in unauthorized charges on a company card she was given as an administrative assistant for Aruba Networks, the district attorney’s office said.

When police came to O’Connor’s home in Idaho to arrest her, they found her with 10 boys and two girls, most of whom had spent the night.

Investigators suspect she has hosted other parties with teenagers in Idaho over the last several months, the Ada County Sheriff’s Office said in a news release.

Her two teenage sons were placed in the custody of the Idaho Department of Health and Welfare.

Beginning in the summer of 2020, O’Connor’s expansive two-story home on Arroyo del Rancho, set amid rolling hills in a wealthy Silicon Valley community, became the scene of raging parties for her son and other teens, according to prosecutors.

O’Connor tried to keep her husband from finding out about the parties, in one instance shooing the teens out as he approached home, Hanks’ statement said.

O’Connor told the teens that they could go to jail if they told anyone about the parties and threatened to spread rumors about a 14-year-old girl she suspected of breaking the rule, Hanks wrote.

At a party in the summer of 2020, O’Connor refused to call 911 when a 14-year-old boy had passed out and repeatedly vomited, leaving a girl 13 or 14 years old in charge of his care, according to Hanks.

For her son’s 15th birthday, O’Connor rented a cottage in Santa Cruz, asking teens on Snapchat what kind of alcohol they wanted for the party, Hanks said in her statement.

The homeowner’s external video cameras captured about 12 boys and girls, with several boys urinating, falling over and throwing up. Damage to the house totaled $9,000.

Investigators obtained video showing O’Connor standing over a girl as she chugged a bottle of alcohol. Video also showed her sitting with teens while they were extremely intoxicated.

In preparation for a Halloween party at her home, O’Connor told some teens to hide alcohol in the bushes — about eight cases of beer, a bottle of vodka and a bottle of Fireball, Hanks wrote.

O’Connor invited many teens, saying she would tell their parents it was a basketball and pingpong party.

On Dec. 19, O’Connor “encouraged” a teen boy who was too young to drive to steer her SUV around the Los Gatos High School parking lot with two other teen boys, who were both intoxicated, hanging on the back of the vehicle, Hanks wrote.

One of the boys fell and hit his head, losing consciousness. He was later diagnosed with a concussion. BRAINTREE (CBS) — A fire tore through and destroyed a … (CBS) – The new-look The Talk adds another fresh face starting …