But not all small businesses are on board with Biden’s plan.

Here’s what a handful of business owners have to say about the new vaccine mandate.

Bob Szuter, who with his father owns Wolf’s Ridge Brewing in Columbus, Ohio, only has 80 employees so technically isn’t required to comply with the Biden plan.

Szuter believes at least 90% of his employees are fully vaccinated. “There are still a few we know are not. We worry about their health and what can happen to the business,” he said.

He has been worried that if he mandated the vaccine he’d risk losing workers. And he was already understaffed and having a hard time hiring. But in the wake of the announcement, and due to a situation that arose over the weekend at his restaurant, he felt emboldened to do so.

A vaccinated staff member tested positive, which meant any unvaccinated employee who came into contact with that staff member would have to quarantine, he said. So he decided to make the vaccine mandatory for everyone working there.

“With where we are in the pandemic and dealing with staffing issues, it’s more important to make sure our entire staff is [as] healthy as can be and to limit any downtime due to illness or isolation and quarantine measures,” Szuter said.

He’s not making testing an option for his unvaccinated workers, either, he added. “It wouldn’t fix the issues for us.”

Szuter remains concerned that by having a vaccine mandate he could still lose staff to other small businesses that don’t have one. That’s why he wishes Biden’s new rule applied to businesses with 50 or more employees to level the playing field even further.

“But, at the end of the day, targeting employers with 100 or more [workers] certainly did make it easier for us to just go ahead and [mandate vaccination],” he said.

A sigh of relief

For two other business owners, Biden’s move has taken the heat off of them in making the tough call to mandate.

“Our general response is mild excitement,” said Tyler Enders, co-owner of Made in KC, which sells gifts and coffees, as well as spirits and wines at some locations. He employs roughly 115 employees across nearly a dozen locations in Missouri and Kansas.

“It redirects people’s frustration [to the federal government]…It really relieves that pressure.”

“It makes life so much easier,” he said. “I just talked to employees and said, ‘I’m not going to try to persuade you anymore.'”

Like a lot of employers, Kelly had been offering employees financial incentives to get vaccinated. But now he is simply going to require that they do it.

He would be concerned, he said, if he is going to be on the hook to pay for weekly Covid tests should any of his employees remain unvaccinated. Kelly estimates that at $100 a pop, a weekly test for 40 or more employees will be an expense — and a coordination hassle — that he’s not willing to assume.

“I’m just not going to do that. We don’t have to do the ‘or,'” he said. Instead, he plans to simply require vaccination as a condition of employment and not offer testing as an alternative, unless employees themselves or the state government absorb the cost.

Employers are eagerly awaiting upcoming guidance from federal agencies to clarify the rules for enacting Biden’s plan, including who will be legally obligated to pay for testing if an employee remains unvaccinated, whether by choice or due to a religious or medical exemption.

It’s good for the economy

A few weeks before Biden’s announcement, Aaron Seyedian, who owns the company Well-Paid Maids in Washington, DC, decided to mandate that all his staff get vaccinated.

Until that point, Seyedian, who has 16 employees, had been offering financial incentives and free transportation to vaccination sites for his staffers, about half of whom he estimates remained unvaccinated.

Going into the summer, business was good since vaccinated customers were feeling optimistic that they were fully protected from Covid, he said.

But as cases grew due to the spread of the Delta variant, he started getting emails from clients, asking that he only send them fully vaccinated staffers to do cleaning jobs. So in August, he issued a mandate. Since then, only one employee has refused to get the vaccine and that person will effectively be laid off unless or until they change their mind, Seyedian said.

While Biden’s plan won’t affect Seyedian’s current policy, he applauds the president for laying down a federal minimum standard on vaccines and testing. As Seyedian sees it, it can only be good for customer-facing businesses.
“The more we can reduce the cognitive load for consumers in terms of stuff they have to worry about, it’s great for spending. What’s good for the economy is not to have to think about [Covid],” he said.

Not a fan of Biden’s plan

Nick Sharp employs just under 50 people in his Miami-area businesses — which include two cafes, a brewery and a coffee roasting company. For him, Biden’s plan is overreaching and he said he doesn’t plan to require vaccinations of his own staff.

Sharp, who was born in Australia and does not like the stringent measures his home country has taken to contain Covid cases, believes individuals can choose how to assess and respond to risk.
“I don’t think it’s a good function for governments…and employers to mandate things like this except in extreme and rare circumstances where you have a high level of certainty. I don’t think that exists [in this situation],” Sharp said. For him, there is not sufficient certainty on many issues, including those pertaining to the vaccine’s long-term effects or its effects on those who already have had Covid.

But, he noted, “I don’t think [the mandate] is some nefarious strategy of trying to control people and cause people harm.”

He’s not alone in feeling that a mandate goes too far. The National Federation of Independent Businesses issued a critical letter to Labor Secretary Marty Walsh, alleging that the new mandate forces small business owners with more than 100 employees to coerce their workers into getting vaccinated, and will penalize the businesses if they don’t.

Sharp said he follows city, county and state guidelines — and sat on the City of Coral Gables Business Recovery Task Force — and always keeps his employees apprised of the latest guidance.

People, he observed, took more precautions as the Delta variant started surging in Florida this summer. “What drives it is when you know someone who’s tested positive. It becomes more real. And then people’s behavior changed. More staff got vaccinated and masked.”

Sharp estimates about 70% of his employees are vaccinated and about half choose to wear masks regularly.

[Editor’s note: While scientists continue to learn more every day about Covid-19, there is a high level of certainty in the medical community that vaccinations and masks dramatically slow the spread of the virus and the progression of the disease.] 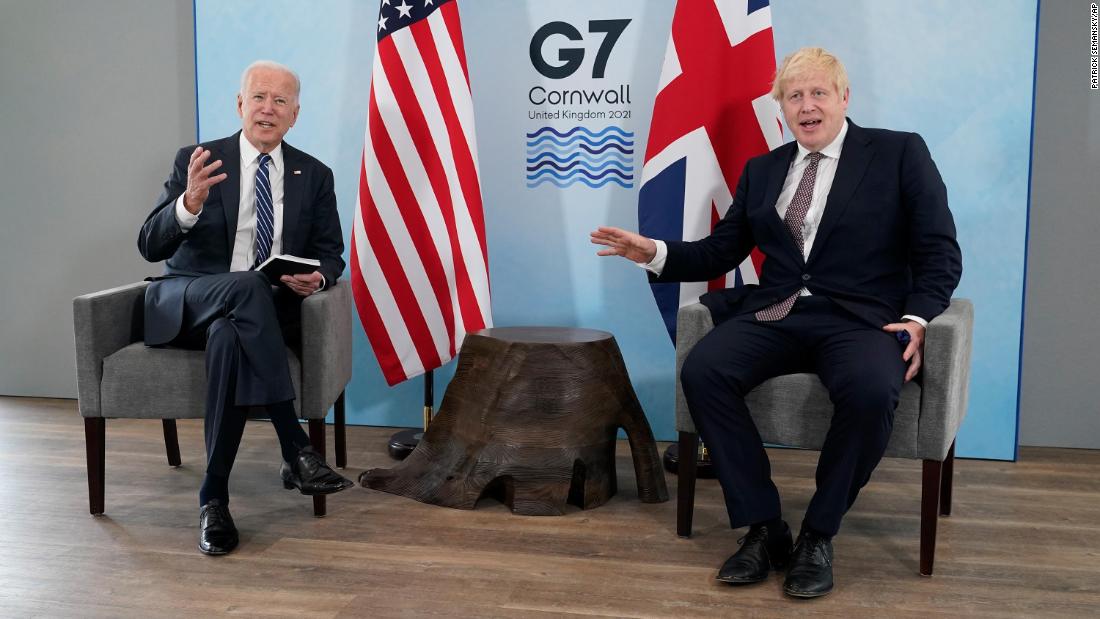 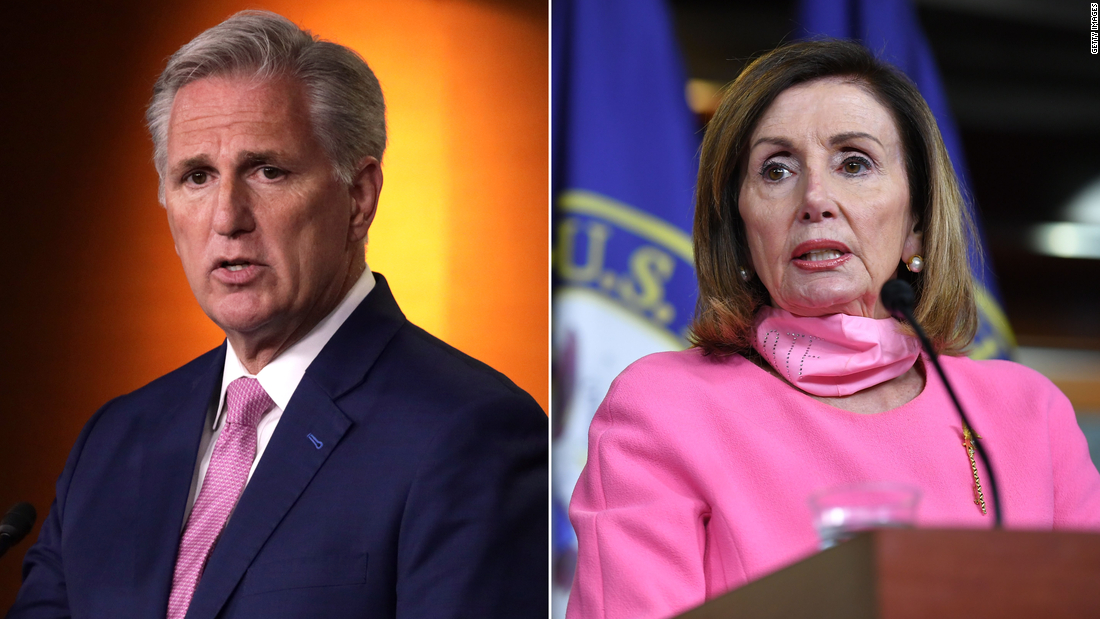 “He’s such a moron,” Pelosi, a California Democrat, said while …