Paul Hodgkins, a 38-year-old Floridian, is now the first Capitol rioter convicted of a felony to be sentenced. He pleaded guilty last month to obstructing congressional proceedings — specifically, the counting of the electoral votes, which he helped delay on January 6. He spent about 15 minutes inside the Senate chamber, wearing a Donald Trump shirt and carrying a Trump flag.

The sentence is far less than the 1.5-year prison term that the Justice Department requested. At a hearing Monday, prosecutors argued that 1.5 years would deter future political violence and send a strong warning to “people who may be contemplating a second act” after January 6.

District Judge Randolph Moss departed from that recommendation. He said Hodgkins contributed to a grave offense against democracy but deserved some leniency because he pleaded guilty “exceptionally early,” wasn’t involved in violence and issued a “sincere” apology.

“Hodgkins was staking a claim on the floor of the United States Senate, not with the American flag but with a flag declaring his loyalty to a single individual over the entire nation,” Moss said.

“When a mob is prepared to attack the Capitol to prevent elected officials from both parties from performing their constitutional and statutory duty, democracy is in trouble,” Moss added.

Moss — and his reasoning — could set a benchmark for other Capitol riot cases. Nearly 550 rioters have been charged, and the Justice Department says at least 230 of them have been charged with the same obstruction-of-Congress crime to which Hodgkins pleaded guilty.

Justice Department lawyers made an impassioned case that the January 6 attack “was an act of domestic terrorism,” even if Hodgkins isn’t a domestic terrorist and hasn’t been charged under terrorism statutes. But they urged the judge to match the severity of the attack by giving him a 1.5-year prison term, which was in the middle of the agreed-upon guidelines in his plea deal.

Prosecutor Mona Sedky said 1.5 years would “send a loud and clear message to other would-be rioters that, if and when they’re caught, they will be held accountable … people who might be contemplating a sequel to the January 6 will stand down, and there won’t be a next time.”

The judge explained how he struggled to “strike that balance” between reconciling the horrors of an attack on Congress while also narrowly punishing Hodgkins for what he actually did that day.

“The damage that they caused that day is way beyond the delays that day. It is a damage that will persist in this country for decades,” Moss said, adding that the attack makes it harder for US diplomats to promote democracy abroad, and that the lawmakers, staffers and police who ran for, or feared for, their lives during the assault “will be traumatized for the rest of their lives.”

In addition to prison, Hodgkins was ordered to pay $2,000 to repair damage to the Capitol.

On paper, the obstruction charge carries a maximum 20 years in prison, but judges rarely give defendants the maximum punishment. The sentencing guidelines, based on the specifics of this case and Hodgkins’ history, suggested he might receive between one to two years in prison.

The judge said Hodgkins could self-surrender when prison officials tell him where he will serve his sentence. He walked out of the DC federal courthouse after the two-hour hearing and was smiling while reporters shouted questions at him and his attorney while they exited the area.

‘I am truly remorseful’

Every seat in the courtroom was taken. His parents were in the back row of the courtroom, with his father holding a rosary to his chest during much of the proceedings. Hodgkins, who wore his long hair in a low ponytail, wore a black suit with a blue tie and often looked back at his parents.

Hodgkins made a 10-minute statement during the hearing, where he apologized for his actions and begged the judge to spare him from prison so he wouldn’t lose his job and his rental home.

“I can say without a shadow of a doubt that I am truly remorseful and regretful for my actions in Washington, DC, on January 6. … I say this because of the damage that day’s incident caused and the way this country that I love has been hurt,” Hodgkins said.

He continued, “I came to DC with the intention of supporting a president I love at his event and participating in a march on Pennsylvania Avenue. The storming of the US Capitol building was not something I had any idea would happen.”

He said he acknowledges that President Joe Biden is the legitimate president. He told the judge that he started going to church, stopped drinking alcohol and that he took the Covid-19 vaccine.

After Hodgkins spoke, his attorney Patrick Leduc gave a rambling 30-minute presentation where he quoted Abraham Lincoln, invoked the Japanese internment during World War II, decried “cancel culture” and argued that the rioters who stormed the Capitol weren’t “real terrorists.”

During a break in the hearing, Hodgkins’ mother told Leduc, “you talk too much.”

Three people have now been sentenced in the Capitol riot, including Hodgkins, an Indiana woman who pleaded guilty to a misdemeanor received probation. An ex-convict from Florida with ties to a white supremacist gang received six months in jail but got credit for time served.

About 20 people have pleaded guilty so far and are awaiting sentencing. Countless others are expected to plead guilty and are still negotiating deals with prosecutors. But some rioters have indicated that they want to go to trial, a drawn-out process that is certain to drag into 2022.

This story has been updated with additional details from the hearing.

Japan’s Aori Nishimura competes during the street prelims on July … 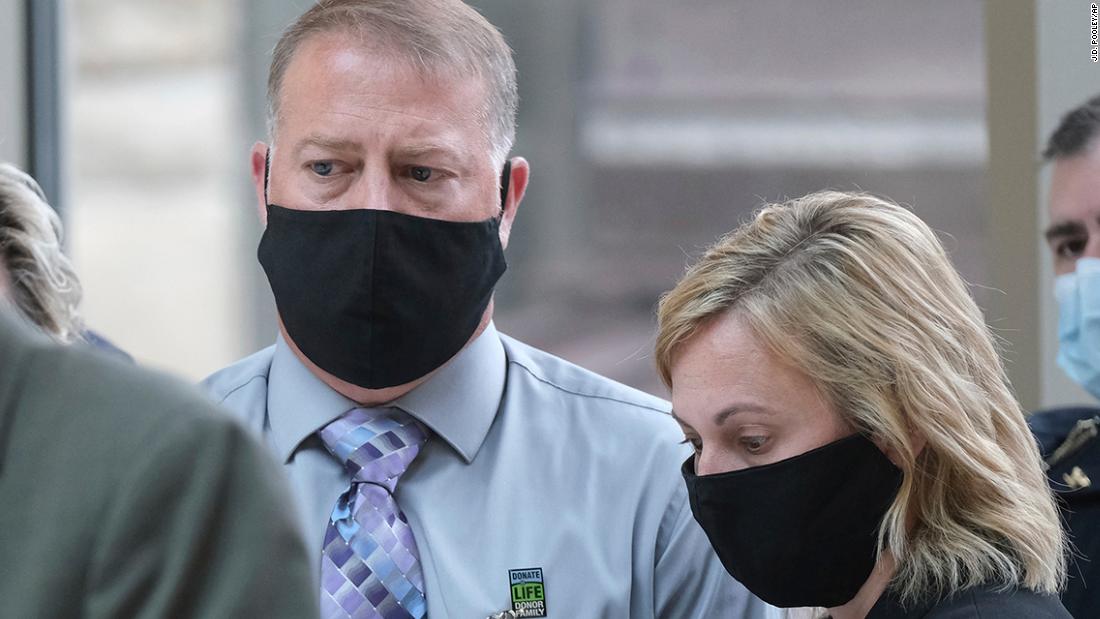 Stone Foltz, 20, died in March after he was found …