Home
Trending
A man with Alzheimer’s forgot he was married, and fell in love with his wife all over again

What Peter, 56, didn’t remember was that they were already married.

Diagnosed with early-onset Alzheimer’s three years ago, Peter had begun losing his memories — even those of his fairytale romance.

“It’s heartbreaking,” Lisa, 54, told CNN. “We’ve made new memories, but it hurts because I always want to say ‘Remember that one time?’ I want to reminisce with him, but Peter can’t remember anything now, much less what happened 20 years ago.”

The couple, who have been married for 12 years, met as neighbors in Harrisburg, Pennsylvania. Both were married to other partners at the time and busy raising their children, but they forged a friendship and remained close until Peter’s family moved to Connecticut.

After nearly a year without contact, the two reconnected when they discovered they were each going through divorces. After just one rendezvous in Harrisburg, the two quickly became inseparable and remained in an eight-year, long-distance relationship until all their children entered college.

Lisa described the relationship as a whirlwind romance. When asked what she loves the most about her husband, she paused, holding back tears.

“The way he loves me,” she said. “He’s so kind, so gentle, so flirty and fun and romantic. He’s always been so passionate about our relationship. About me.”

In 2009, Lisa moved to Connecticut and the couple married.

Lisa said it was easy to see that something about her husband was changing, but coming to terms with their new reality was difficult.

It began when he kept forgetting his keys. Then his wallet. Then he began to forget words and what they meant. At times, he struggled to put together sentences.

She kept telling herself it was just because they were getting older.

“It was my little secret to ignore until friends and family members started making comments, too, and then I knew it was something real,” Lisa said. “People who hadn’t seen Peter in a while immediately noticed something was wrong.”

After extensive testing, Peter was diagnosed with Alzheimer’s disease on April 30, 2018.

“I didn’t understand until I started researching and realized this was going to have a profound impact on our lives, and it was going to take my husband,” Lisa said.

The disease quickly took over the couple’s life. Memories they thought would remain with them for a lifetime quickly disappeared for Peter. One of those cherished memories was his marriage.

The first time he forgot who his wife was they were on a trip to their rental home in Rhode Island, a regular getaway when they needed a beach escape.

“When we were on our way home one time, Peter was giving me directions and then kept saying things like, ‘This is the way to my home. Turn right to get to my house,’ as if I was a different driver and I didn’t know where we lived,” Lisa said.

“When we got home, he ran out to my side and opened my door for me, and walked me into our house and was so nervous showing me around,” she said. “It was adorable, but I kept waiting for him to snap back into reality, but he never did.”

‘He fell in love with me twice’

On December 12, 2020, as Peter and Lisa cuddled together watching the TV series “New Girl,” a heartfelt wedding scene made her cry. Peter noticed her tears and began to laugh, before pointing to the screen and saying, “Let’s do it.”

“It’s going to be a lot of work,” he told her, not realizing that he had just proposed to his wife.

“It was so touching to me. He fell in love with me twice. I feel honored. I feel like a princess, like Cinderella. I’m the luckiest girl in the world,” Lisa said.

After sending her children a video of the moments after the proposal, they encouraged the couple to honor their enduring love by renewing their wedding vows. Despite some hesitancy, Lisa agreed. She didn’t want to miss the opportunity to create another beautiful memory with her husband.

Lisa’s daughter, an event planner, reached out to vendors who were also family friends. They agreed to donate their services for the ceremony.

On April 26, Peter and Lisa found themselves back at the altar. With the help of a dementia specialist, who also officiated the ceremony, the two shared simple vows.

“I went into it with no expectations, the disease is so unpredictable. I still got butterflies getting my make up done and putting my dress on. Every moment was more magical than the next,” Lisa said.

“Peter was bright and present the whole day. He was just so happy. During the vows, he just told me, ‘Lisa, I love you.’ And that’s all I needed,” she said.

Lisa knew that at any moment during the ceremony her husband could forget who she is again. But that was the least of her worries.

“I’m his favorite person,” she said. “I don’t need a label, like a wife, or nicknames he used to call me. Our hearts are connected in a way that all I need is for him to feel safe, and he does. And he loves me, and I love him, so that’s all that matters.”

For now, Lisa, who runs a blog to help other caregivers of people living with Alzheimer’s, is focused on Peter. As the disease progresses, now causing hallucinations, paranoia and extreme memory loss, she is facing their reality one day at a time.

No matter what happens — whether he stays at home or moves into a memory care facility — Peter is hers and she is his.

“We will be together until the end,” Lisa said. “Nothing can take us apart. Nothing.” 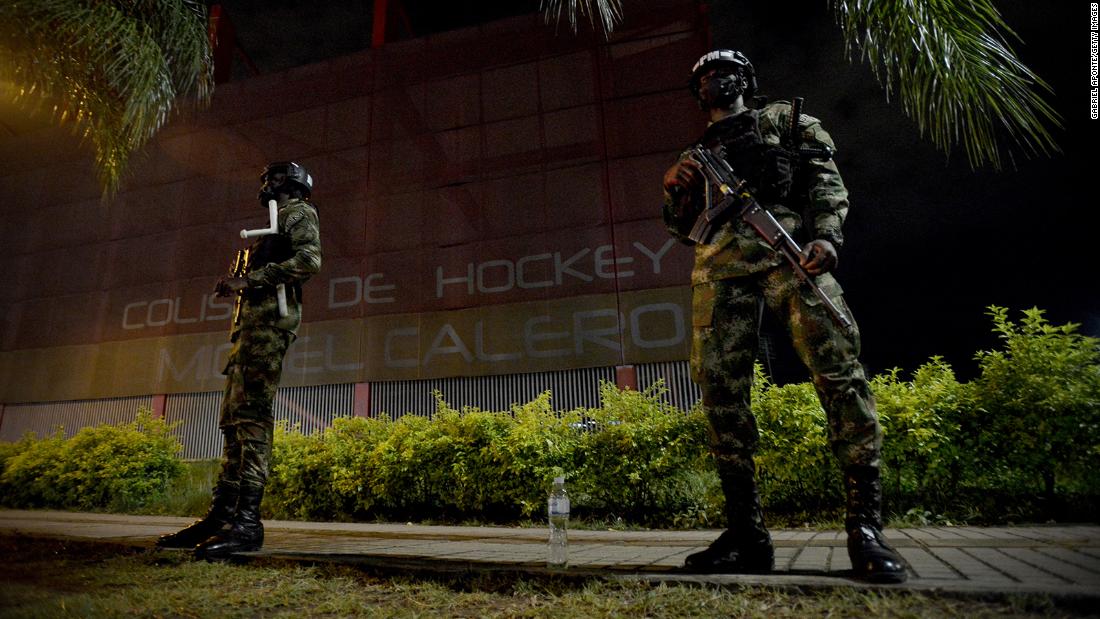 On Friday, the southern city of Cali witnessed new scenes …

“I think they should take it very seriously. In fact, …