From New York and California to Illinois and Utah, the recent conflict between Israel and Gaza has generated a disturbing backlash against American Jews – who have found themselves the targets of death threats, hate speech and violent physical attacks.

“Stop telling me this is about Israel and Gaza,” said a New Yorker who was confronted by a pro-Palestinian mob on his way to synagogue this week. “My people are being targeted across the United States in broad daylight. This is textbook anti-Semitism, and we will continue to live in danger until the public starts to recognize it for what it is.”

His remarks were a common refrain rippling across U.S. Jewish communities in recent days. Here’s a look at some recent incidents throughout the country.

Troubling footage emerged late Thursday showing pro-Israel and pro-Palestinian protesters clashing on a midtown Manhattan sidewalk, despite Israel and Gaza having reached a ceasefire agreement earlier in the day. Police confirmed that two commercial fireworks were thrown from a car and one person suffered minor burns.

New York Jews were already on edge from a disturbing video that showed an older man being viciously beaten by a gang of pro-Palestinians for wearing a Yarmulke as he attempted to cross a street in Times Square earlier in the day. Police said their Hate Crime Task Force was investigating the gang assault and urged the public to come forward with information.

“Wearing a Kippah in NYC always felt safer than anywhere else in the world,” a prominent New York attorney told Fox News. “I’ll never take mine off, but I will for the first time have to teach my children to be careful if they choose to wear theirs publicly,” he said.

Thursday’s escalation came as little surprise to Israeli-Americans Amit Skornik and Snir Dayan, who were personally attacked by a pro-Palestinian mob on their way to grab lunch at a well-known New York City bagel shop earlier in the week.

“Someone with their back to us heard us speak Hebrew. … He immediately looked at us and then went into the crowd. I didn’t put too much thought into it but around 10 seconds later, he and another 10 people were charging towards us. I got the first punch then we realized that we’re being attacked,” they told Fox News.

The attack occurred less than 10 days after a Jewish man was left bloodied and forced to seek refuge in a nearby store during clashes between pro-Palestinian and pro-Israel supporters outside the Israeli consulate in New York. Close to 150 demonstrators returned to the consulate on Thursday, wreaking havoc and reportedly shutting down traffic in the area before police made more than a dozen arrests, the New York Post reported.

“My eyes are swollen from crying. This is not the New York City I recognize,” a longtime Big Apple resident told Fox News.

“My eyes are swollen from crying. This is not the New York City I recognize.”

These incidents are not isolated to the Empire State. The Anti-Defamation League, a non-profit that tracks anti-Semitism across the globe, recorded a troubling uptick of both verbal and physical attacks against Jews in Europe, the Middle East, South Asia, North Africa and North America since tensions between Israel and Gaza’s Hamas militants escalated earlier this month. Synagogues in various states gave reported vandalism, swastikas and pro-Palestinian propaganda found inside their places of prayer.

Within the U.S., the ADL said it has received nearly 200 reports of possible anti-Semitic incidents, up from 131 the week before the conflict began.

“Part of me wants to wear a larger Star of David necklace than I do now so people know how proud I am of my faith,” Jewish model and advocate Elizabeth Pipko told Fox News.” At the same time, a little part of me wants to tuck my necklace into my shirt in case the wrong person sees it. It’s a very hard time to be a Jew in the United States right now and to see so many ignore the hatred we are seeing is incredibly painful – though nothing we’re not accustomed to,” she said.

An Englewood family was confronted by a pro-Palestinian demonstrator on their way home from synagogue on Sunday as their children – ages 9, 8 and 7 – were left “shaking and terrified for their life.”

“A black BMW sedan pulled next to them and shouted, “FREE PALESTINE, F— THE JEWS YOU MOTHER F—ERS. GO BACK TO WHERE YOU CAME FROM, GET OUT OF HERE,” the mother told Fox News. “They tried to pull over to another family who started running away. My children were shaking and terrified. My children who play outside my backyard all the time now refuse to be outside alone. They are shaken up and worried.”

In Los Angeles, pro-Palestinian demonstrators hopped out of their vehicles passing a Beverly Grove restaurant on Tuesday and began singling out and attacking Jewish diners in a violent brawl that was caught on a bystander’s camera. Video shows members of a car caravan flying Palestinian flags while driving by the sushi restaurant’s outdoor dining section while reportedly chanting “Death to Jews!”

Just a few blocks over, a Jewish man was chased by two cars bearing Palestinian flags near his home as they chanted “Allahu akbar” in an apparent attempt to run him over.

“I’ve taken this route a million times and I’ve never been afraid,” he told Fox News. “I was waiting by the light for it to change and suddenly I saw a bunch of cars coming and I see out of the corner of my eye they were waving the Palestinian flag. They started speeding up and I heard them chanting ‘Allahu akbar.’ That’s when I started running for my life.”

“I was petrified. I just kept thinking, ‘I’m a father of six and I want to come home to them tonight.’ I thought they were going to kill me. My mind was racing.”

“Anti-Semitism is not a new problem for the Jewish community, unfortunately,” Yossi Elifort, founder of Magen Am, a private community watch group in the L.A. area, told Fox News. “No community should have to live in fear because of a religion that they practice and the fact that people are willing to be violent because of it needs to be condemned by everyone. The Jewish community will not tolerate this. Jews around the world must know that they have the right and responsibility to protect their community in collaboration with law enforcement.”

“Jews around the world must know that they have the right and responsibility to protect their community in collaboration with law enforcement.”

A synagogue in Skokie was vandalized Sunday in what is being investigated as a hate crime, authorities said. Congregants found a “Free Palestine” poster on the door of The Persian Hebrew Congregation, along with a broken window and an unidentified object that resembled a “weapon.”

“It’s a really scary time to be outwardly Jewish,” Dina Shiner, who grew up attending the synagogue, told Fox. “This is Skokie. It’s a heavily Jewish town. What’s bothering me is that everyone is saying, ‘Oh, this is just about Israeli and Palestine, it’s not about Jews.’ No, they’re targeting synagogues. That’s a direct target on Jews. This has nothing to do with Israel,” she said.

The community has since increased its local security presence.

“It’s a really scary time to be outwardly Jewish.”

There’s something unsettling seeing “two armed guards and police at my son’s school for drop-off and pick-up every day,” Shiner said, adding that she is grateful for the heightened security during this time.

A Chabad Community Center Synagogue in Salt Lake City was vandalized with a swastika drawn on the front door over the weekend.

“It’s alarming to see how quickly misinformation and falsehoods spread online, and from a complex political issue in the Middle East, we’ve arrived at a place where Jews are debating whether they should walk in the streets of the United States with a visible Yarmulke on,” Rabbi Avremi Zippel told Fox News.

Zippel said his community will “persevere through this as we have all phases of our storied history.”

“But,” he added, “the silence surrounding the cheapening of Jewish blood is deafening and downright sad.”

“The silence surrounding the cheapening of Jewish blood is deafening and downright sad.”

A Tucson synagogue was vandalized just days after it reopened its doors, which had been shuttered since the beginning of the COVID-19 pandemic.

U.S. Rep. Alma Hernandez, D-Tucson, posted about the incident on Twitter, writing she was a “complete mess in tears.”

“‘I’m a complete mess in tears as I write this. I just got off the phone with my Rabbi our synagogue was vandalized someone through a rock at our glass door,” she wrote. “This was NOT an accident! I feel numb. This is in #tucson Send prayers our way. It’s just the beginning.”

“We are shocked and horrified by the recent dramatic rise in antisemitic attacks by anti-Israel agitators across the country,” top officials from the Conference of Presidents of Major American Jewish Organizations said in a statement Thursday.

The statement was signed by Dianne Lob, chair; William Daroff, CEO; and Malcolm Hoenlein, vice chair of the organization.

“These reprehensible organized and spontaneous attacks are an unconscionable affront to basic American values, and must be emphatically condemned by all who stand against hate and prejudice. We call on local, state, and federal law enforcement to quickly apprehend and prosecute the perpetrators of antisemitic and all hate crimes. We also call on religious, educational, entertainment, media, and government leaders to join in a comprehensive effort to combat incitement and bigotry in our communities, campuses, and on social media.”

Rabbi Abraham Cooper of the Simon Wiesenthal Center and Museums of Tolerance, called on President Biden to address the uptick in anti-Semitic attacks. Cooper said he supports the bill signed into legislation by Biden on Thursday that addresses hate crimes particularly targeting Asian Americans, but called for additional emphasis on the recent rise in violence against Jews.

“When you have political leaders like ‘The Squad’ and those who agree with them including influencers and entertainers and the media that are giving a moral equivalency and parroting talking points of Hamas, a terrorist organization … it means that the usual people we would hope to bring down the level of the rhetoric and the hatred, it’s not going to be automatic,” he said.

The incidents fly in the face of those trying to distinguish between anti-Israel, and anti-Semitic bromides, Cooper argued.

“That’s nonsense. That train left the station a long time ago. There is no difference between them. To our enemies it doesn’t make a difference if you’re a Zionist or not – unless you have a Jew who is ready to condemn Israel, then they give him a pass,” he said.

Cooper encouraged Jews to wear their prayer shawls and yarmulkes proudly in the street to signal that they are unafraid and unwilling to cower to violent aggressors.

“I will never in my life hide my Jewish identity,” one victim of a violent New York attack told Fox News. “We take a lot of pride in our country and our language. … In fact, the opposite is true. We only just feel stronger and even prouder of our religion and our way of life because our way is peace – and unlike them, we’ve proven that over and over.” 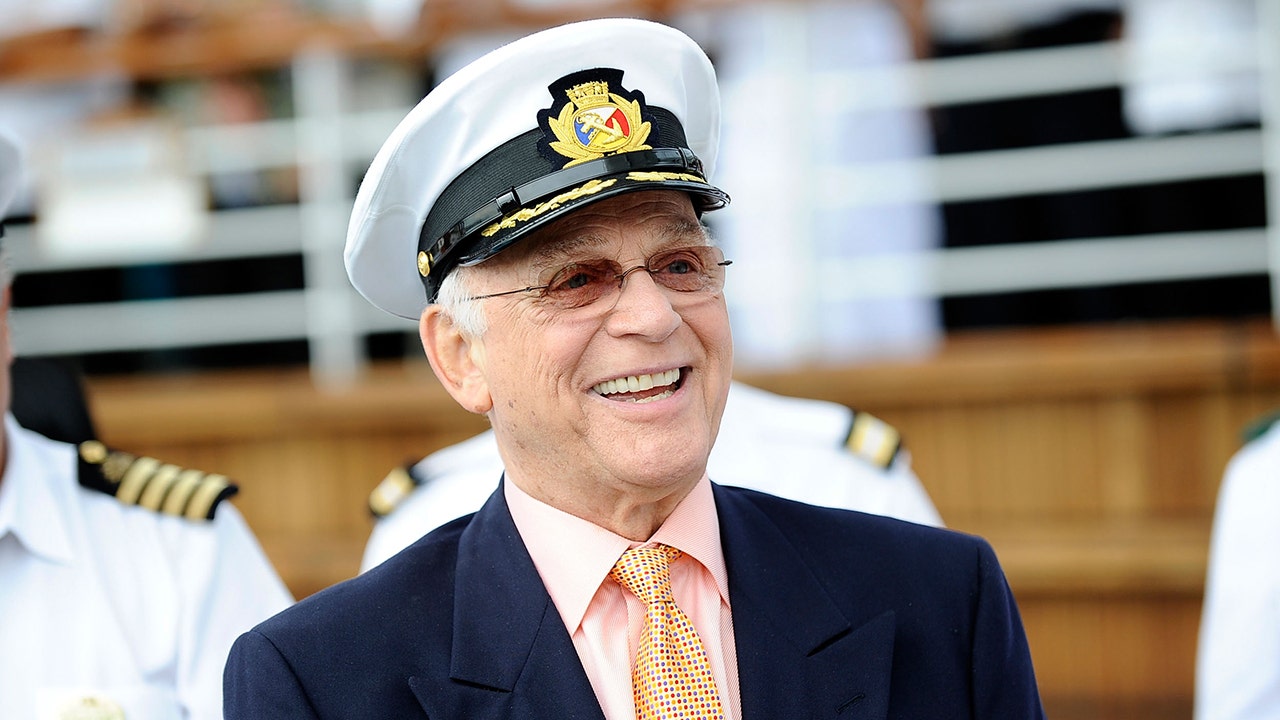 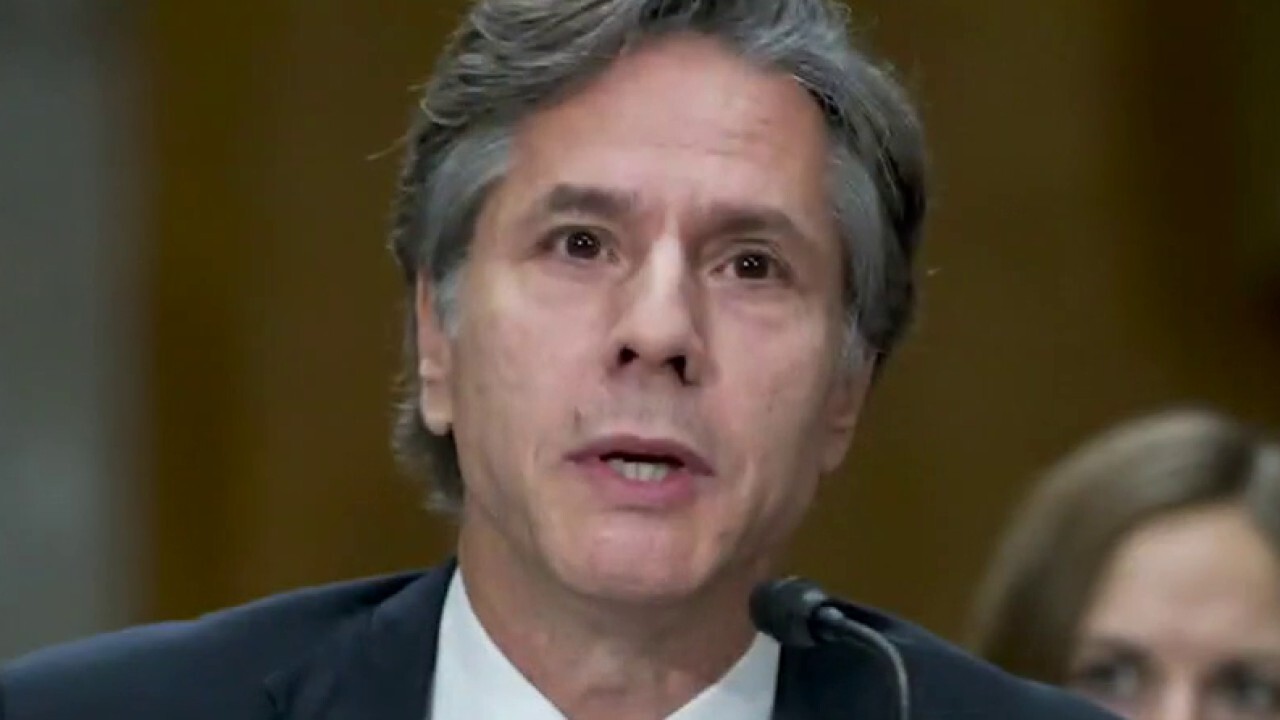 Secretary of State Antony Blinken, who arrived in Ukraine on …