Elder has been constantly vilified by the press since emerging as the frontrunner among the 46 candidates looking to replace Newsom. The GOP hopeful has been called the “Black face of White supremacy,” a “very real threat to communities of color,” and even a  a “model minority.”

“It’s no surprise any longer, but nonetheless pathetic: A White female leftist dressed as an ape throws an egg at a Black Republican candidate, barely missing him. The media snore loudly enough to shake leaves from trees,” Murdock said.

“Imagine the reverse: A white male Rightist in a gorilla mask hurls an egg at Kamala Harris. The dinosaur media response would be universal: Outrage, condemnation, wringing of hands, gnashing of teeth, foaming of mouths,” Murdoch continued. “They should be ashamed of themselves.”

Here some noteworthy moments from the media’s coverage of Elder:

The Los Angeles Times published a piece last month titled “Larry Elder is the Black face of white supremacy. You’ve been warned,” which accused the Republican of using “overly simplistic arguments that whitewash the complex problems that come along with being Black in America.”

L.A. Times columnist Erika D. Smith said Elder uses “taunting and toddler-like name-calling of his ideological enemies” before belittling the gubernatorial candidate with her own insults.

However, Elder wasn’t surprised by the column.

“I anticipated that would happen. This is why a lot of people don’t go into politics because of the politics of personal destruction,” Elder said on Fox News’ “Hannity.”

“This is not the first time the L.A. Times has attacked me, there is another writer who all but called me a Black David Duke,” Elder continued. “They are scared to death.”

CNN’s left-wing host Brian Stelter enlisted Guerrero to discuss whether Elder is acting on a “Trump playbook” in the state to avoid the often negative media coverage of him. Guerrero agreed, claiming that Elder has only appeared and spoken with right-wing media pundits.

“He’s refused to talk to non-partisan media outlets and to journalists who are critical of him, has refused to answer difficult questions, often uses the few interviews that he does give as an opportunity to give a performance on social media, denouncing those journalists, playing the victim,” Guerrero said.

“He has been able to reach the minority of voters in California who embrace his white supremacist worldview,” Guerrero continued. “He’s co-opted this line by my fellow columnist from the headline calling him ‘the Black face of White supremacy’ but he refuses to engage with the actual substance of our reporting.”

On Monday, Elder was interviewed by MSNBC.

Elder forcefully denied an August claim published by Politico from his former fiancée that he brandished a gun during an argument the two had in 2015. Alexandra Datig told Politico that she broke off their 18-month engagement in 2015 after Elder waved a gun at her during an argument.

“I have never brandished a gun at anyone. I grew up in South Central; I know exactly how destructive this type of behavior is. It’s not me, and everyone who knows me knows it’s not me. These are salacious allegations,” Elder tweet following the report.

Weeks later, Politico called Elder a “poster child for everything Trump” in its nightly newsletter.

Elder had an egg thrown at him by a person in a gorilla mask while walking in Los Angeles last week but liberal media organizations didn’t seem particularly interested.

Many critics pointed out that a similar attack on a Black Democrat would presumably result in wall-to-wall coverage by the mainstream media.

Last week, the L.A. Times came under fire for a pair of misleading tweets after Elder had an egg thrown at him by a person in a gorilla mask while walking in Los Angeles.

First the liberal newspaper tweeted, “Larry Elder cuts short Venice homeless encampment tour after hostile reception,” without mentioning that the Black Republican was attacked by a White person in a gorilla mask. The L.A. paper was aware that ape characterizations “have been used as a racist trope for centuries,” because it was mentioned in the accompanying report, but the headline and tweet simply chalked the incident up to a “hostile reception.”

The L.A. Times then followed up with another shocking tweet when reporting that the Los Angeles Police Department is now investigating the attack on Elder.

“LAPD is investigating altercation involving Larry Elder at Venice homeless encampment,” the Times tweeted alongside a photo of Elder touching the face of a female supporter.  The image made it appear the “altercation involving” Elder involved him slapping a woman, but the GOP gubernatorial candidate was actually the victim.

The Times changed the image after significant backlash.

The Los Angeles Times came under fire for a pair of misleading tweets about Republican California gubernatorial candidate Larry Elder.

Elder came under a racially charged attack in the media yet again Monday, as a columnist called him a “model minority” who says “the things white people love to hear about Black people.”

“The term ‘model minority’ has a specific history in the Asian American community, but I can’t think of a better embodiment of its concepts than Larry Elder, the Black Republican gubernatorial candidate who has made a career of saying the things white people love to hear about Black people,” Shyong wrote.

Due to Elder’s opposition to Black Lives Matter and rejection of the notion of “systemic racism,” Shyong argued his candidacy comforted the “most racist” wings of the GOP.

“And I don’t think Elder’s sudden prominence is an accident,” he wrote. “Fielding a ‘model minority’ candidate will probably become a common electoral strategy for the largely white Republican Party as it attempts to maintain control of a rapidly diversifying nation. Model minority candidates can help affirm far-right perspectives on racism while offering a defense against the charge that the Republican Party is too white.”

The “model minority” term, Shyong wrote, stemmed from Whites in the 1960s downplaying racism against African Americans by pointing to financial success for Japanese and Chinese Americans. Elder was a perfect “model minority” because he downplays White supremacy, touts his own success as proof against racism, and embraces the “bootstraps” narrative that anyone can succeed in the United States, Shyong claimed.

Elder slammed Democrats for “slandering” him for characterizing a 2020 op-ed he wrote for Capitalism Magazine, titled, “Democrats and the ‘SHE’ Vote,” as sexist.

The op-ed focused on female voting issues such as Social Security, health care and education in the 1990s, and cited a study by researchers at the University of Pennsylvania’s Annenberg Public Policy Center.

In the op-ed, Elder wrote: “But there’s a problem. Women know less than men about political issues, economics, and current events. Good news for Democrats, bad news for Republicans. For the less one knows, the easier the manipulation.”

He went on to explain in the piece that researchers at the Annenberg Public Policy Center “asked 25 questions about candidates and specific issues during the recent primary season” and found, “Men knew more than women in 15 categories.”

The piece also quoted one female Penn researcher, Kathleen Hall Jamieson, who said: “The perplexing finding that women do not perform as well as men on political knowledge still persists in the year 2000.”

Elder was questioned about it by an Eyewitness News reporter who asked him if he believed that men are smarter than women.

“Is that what I said? Men are smarter than women?” Elder countered to the reporter.

“You quoted a study done by the Annenberg School, not exactly a right-wing organization, that looked at 25 issues that turned out men were more knowledgeable about 15 of those issues,” Elder continued in his remarks to the reporter.

“Calif. Dems are desperate & slandering me, distorting what I wrote in a column 21 yrs ago. Here’s what I wrote, decide for yourself,” Elder tweeted last month along with a link to the op-ed. 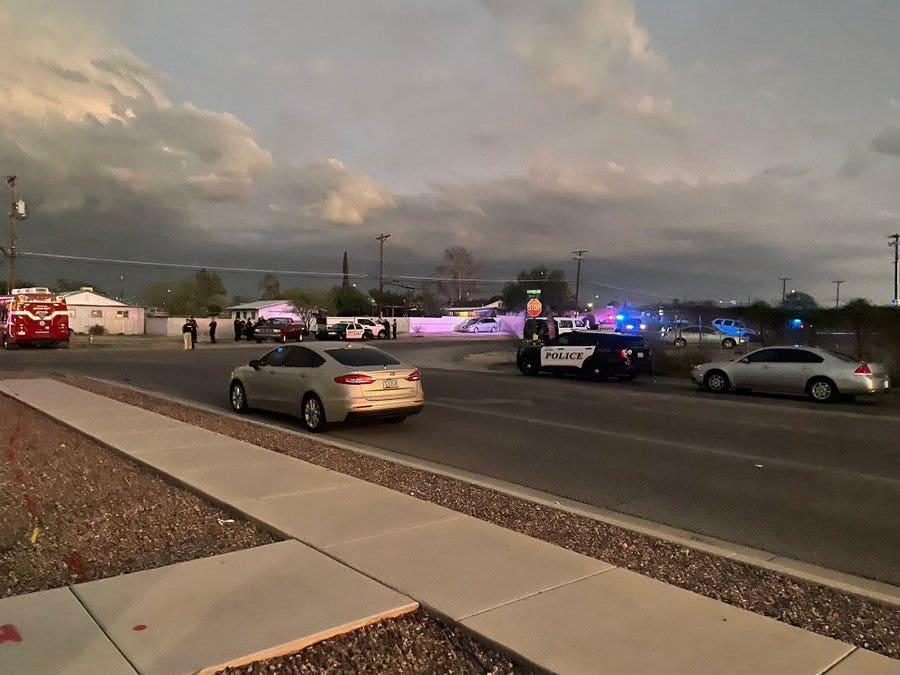 Two people were killed and several injured when a gunman …