AN ABC News employee claims the Disney-owned network failed to offer her a contract extension as retaliation after she accused a now-former, high-powered executive of sexual harassment.

AN ABC News employee claims the Disney-owned network failed to offer her a contract extension as retaliation after she accused a now-former, high-powered network executive of sexual harassment. (REUTERS/Aly Song)
(REUTERS/Aly Song/Photo Illustration)

Crawford, who filed an amended version of the bombshell suit in New York Supreme Court on Wednesday, now claims ABC News punished her for speaking out.

The amended version claims that Crawford’s contract as a producer for “Good Morning America” anchor George Stephanopoulos was not renewed after she spoke out against the network’s handling of her claims.

“After Crawford complained of Corn’s sexual harassment and a hostile work environment to ABC, ABC retaliated against her by not offering her the job security and salary increase that she deserved,” the complaint claims.

The complaint claims that Crawford signed a three-year contract in 2018 and the Disney-owned network “typically” reaches out to negotiate a new deal “at least a few months” before the contract is set to expire. The complaint notes that a pay increase is usually included.

“However, after Crawford made the formal complaint in February 2021, ABC delayed reaching out to Crawford about a new contract,” the complaint states. “It was not until July 2021, approximately four months after Crawford made the formal complaint, and just one month before her 2018 contract was set to expire, that ABC reached out to Crawford about her expiring contract. Instead of offering Crawford another three-year contract, ABC merely offered a six-month extension and did not even offer a nominal salary increase.”

Disney and ABC News did not immediately respond to a request for comment.

ABC NEWS INSIDER BLASTS GEORGE STEPHANOPOULOS FOR ROLE IN ‘GMA’ LAWSUIT: ‘GEORGE SHOULD BE ASHAMED OF HIMSELF’

Crawford is still working at ABC News, without a contract, according to the Wall Street Journal.

“ABC knew, or should have known, about the sexual harassment and failed to take corrective action for many years,” the suit alleges.

The lawsuit also claimed Corn – who abruptly left ABC in April – sexually assaulted another ABC employee that reported to him, Jill McClain, who is not listed as a plaintiff. It alleges that Corm “assaulted McClain on two separate occasions—once on a redeye flight from Los Angeles to New York, and once in London—both times while traveling with McClain” for business.

“ABC knew or should have known that Corn had a propensity to sexually harass female colleagues and that he perpetuated a hostile work environment at ABC. As early as 2017, ABC learned of Corn’s sexual assault on Plaintiff. Yet ABC did nothing to protect Plaintiff or remove Corn from his position of power,” the complaint states. “Indeed, Plaintiff has reason to believe that ABC was also aware of other women who complained about Corn. Instead, ABC looked the other way and elevated Corn through the ranks due to his commercial success as a producer.”

The suit continued: “ABC facilitated the hostile workplace that Corn cultivated through his influence over subordinates’ careers, sexual harassment, gaslighting, and verbal and physical abuse. As a result, Plaintiff suffers from psychological trauma and a stalled trajectory to her budding career at ABC.”

Last month, ABC denied the initial claims and plans to address them in court.

“We are committed to upholding a safe and supportive work environment and have a process in place that thoroughly reviews and addresses complaints that are made. ABC News disputes the claims made against it and will address this matter in court,” an ABC spokesperson told Fox News.

The lawsuit alleges that Corn’s sudden April 2021 resignation came after an investigation of alleged wrongdoings. Corn has denied all wrongdoing

“”I vehemently deny any allegations that I engaged in improper sexual contact with another woman. Kirsten Crawford’s claims are demonstrably false,” he said in a statement last month. “McClain’s allegations are equally as fabricated… I will be pursing all available legal remedies against these women and defending myself vigorously.”

Crawford is seeking damages to be determined at a trial by jury “for lost opportunities and to otherwise make Plaintiff whole for any losses suffered as a result of Defendants’ actions… for humiliation, mental anguish, emotional distress, and injury to reputation,” according to the suit.

ABC News star George Stephanopoulos was aware that a top producer was accused of sexual harassment but continued to work with him, according to a lawsuit.

A longtime ABC News insider told Fox News last month that Stephanopoulos “should be ashamed of himself” for his role in the budding scandal. He suit alleges he became aware of the claims in 2017 but Corn remained the “Good Morning America” executive producer and worked directly with Stephanopoulos until his sudden resignation in April 2021.

“Disney says they’re focused on cleaning up the culture at ABC News, yet here we go again with top executives who are still covering up and silencing women,” the ABC News insider told Fox News. “Also we now know George Stephanopoulos was fully aware that his top producer was accused of sexual assault yet all he did was refer the accuser to managers who did not act, and the top producer remained in place for years.”

Disney has since faced pressure to conduct a thorough, independent investigation of how ABC News handled the alleged incidents. 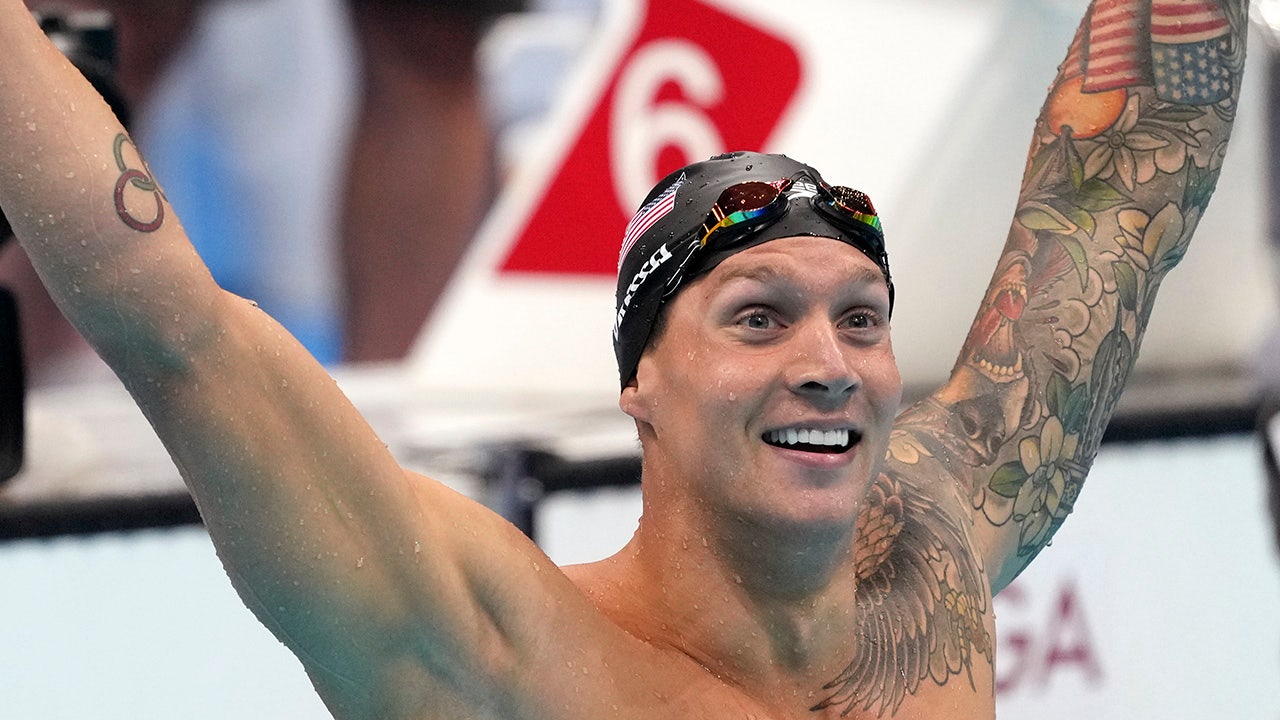 Caeleb Dressel climbed atop the lane rope, a look of …