Home
Sports
College football overreactions — Is Alabama done? Will a running back win the Heisman?

We’ve reached the midpoint of what has been an unpredictable 2021 college football season.

Already, 40 ranked teams have lost, including defending national champion Alabama on Saturday night. That’s the most in the first six weeks of the season in the AP poll era (since 1936), according to data from ESPN Stats & Information.

And the number could be even higher. On this past Saturday alone, five other ranked teams trailed heading into the fourth quarter but rallied to win — Iowa, Oklahoma, Michigan, Notre Dame and Wake Forest. That’s the most such teams on one day in 15 years.

Here are our overreactions after Week 6.

Even though I predicted in the preseason that Texas A&M’s Jimbo Fisher would be the first former Nick Saban assistant to take down his mentor, I have to admit that I didn’t see the Aggies’ stunning 41-38 upset of the Tide coming.

Texas A&M had lost consecutive games to Arkansas and Mississippi State, and had earlier looked mediocre in a close victory at Colorado. Aggies quarterback Zach Calzada seemed to be in over his head, and the A&M defense wasn’t wrecking much of anything. That’s what we love about college football: Fisher is grossly overpaid one week; LSU boosters are figuring out how to come up with $120 million to hire him the next.

The Aggies’ victory is perhaps the biggest upset of the College Football Playoff era. It snapped Alabama’s 19-game winning streak, its 100-game streak against unranked opponents and Saban’s 24-game perfect run against his former assistants. The loss does not, however, eliminate Alabama from the CFP mix. As long as the Crimson Tide win their next six games and enter the SEC championship game with an 11-1 record, a victory in Atlanta probably gets them right back into the top four, especially if they take down a No. 1-ranked Georgia team.

So the Crimson Tide will still have plenty of motivation, starting with Saturday’s game at Mississippi State (7 p.m. ET, ESPN and ESPN App). Only one of their six remaining regular-season opponents is currently ranked (No. 17 Arkansas), and they’ll probably be heavily favored the rest of the way.

“Everybody needs to remember how they feel and not forget it,” Saban said after Saturday’s loss. “When I talk about having respect for winning, that’s what I mean. You want to avoid the feeling you have when you lose.”

Remember that only two of Alabama’s six national championship teams under Saban finished unbeaten, the first in 2009 and the most recent in 2020. The other four lost once in the regular season and recovered. That’s why the Crimson Tide still have the third-highest chance of reaching the CFP at 54%, according to the Allstate Playoff Predictor, behind Georgia (91%) and Oklahoma (59%).

Nebraska’s Scott Frost has the hottest seat in America

While Frost was heavily criticized after Nebraska’s opening loss at Illinois, the Cornhuskers have actually shown marked improvement over the past month, even during a 1-3 start in the Big Ten. Nebraska had one of the most difficult four-game stretches in the FBS this season — at Oklahoma and Michigan State, home against Northwestern and Michigan — and played admirably well in close losses to the Sooners, Spartans and Wolverines. Nonetheless, the Cornhuskers are 0-10 against ranked opponents during Frost’s tenure. At some point, his teams will have to start winning some of those games for him to stick around, but at least there’s reason for hope.

On the other hand, there is no hope at LSU. Since Joe Burrow & Co. guided the Tigers to the national title in 2019, they are just 8-8, the second-worst record through 16 games of any team to win a national title in the AP poll era, according to data from ESPN Stats & Information. TCU went 6-10 after winning it all in 1938.

Pick the winner of 10 college football matchups each week. Play straight up or with confidence. Make Your Picks

Auburn is the most recent example of a national title winner crashing and burning. After taking the crown in 2010, the Tigers went 9-7 in their next 16 games and coach Gene Chizik was fired in 2012. There are many parallels between Ed Orgeron and Chizik, a natural connection during LSU’s struggles. Both programs seemed to catch lightning in a bottle: LSU had Burrow and the high-flying offense under passing game coordinator Joe Brady, and Auburn had Cam Newton, another transfer who won the Heisman Trophy.

It’s probably only a question of when, and not if, the Tigers part ways with Orgeron. Each of LSU’s remaining five SEC games are against teams that are currently ranked, starting with Saturday’s home game against No. 20 Florida (noon ET, ESPN and ESPN App). Then the Tigers play consecutive road games at No. 13 Ole Miss and No. 5 Alabama. It’s only going to get worse. The Tigers’ best player on defense, cornerback Derek Stingley Jr., is out for the season with a foot injury. Star receiver Kayshon Boutte, who is tied for the FBS lead with nine touchdown catches (more than the rest of the LSU roster combined), is out for the year as well with an ankle injury. LSU could easily be looking at 3-6 after that tough stretch, which is why ESPN’s Football Power Index gives the Tigers just a 44% chance to make a bowl game.

LSU has myriad problems on both sides of the ball. It ranks 127th in FBS in rushing with 83.3 yards per game, ahead of only Arkansas State, Bowling Green and Mississippi State. (The Tigers have nearly twice as many carries as the pass-happy Bulldogs.) The LSU defense can’t stop the run, either. It allowed 330 yards in a 42-21 loss at Kentucky on Saturday. After defensive coordinator Dave Aranda left to become Baylor’s coach following the 2019 season, Orgeron made a $4 million mistake by bringing Bo Pelini back to LSU. Pelini lasted just a season, and his replacement, former NFL assistant Daronte Jones, hasn’t fared much better.

In 2019, every button Orgeron pushed seemed to work, resulting in what will go down as one of the greatest seasons in SEC history. Since then, however, he hasn’t done much right, on or off the field.

The signal-callers who came into the season as favorites are falling over the Heisman cliff as fast as Texas A&M kicker Seth Small‘s family hopped over a brick wall to celebrate on Saturday night. Oklahoma’s Spencer Rattler might have lost his starting job to Caleb Williams after the freshman’s sensational performance (212 yards passing with two touchdowns and 88 rushing with one score) in a 55-48 victory over Texas in the Red River Showdown. Clemson’s D.J. Uiagalelei is barely completing 50% of his passes and has as many touchdowns (three) as interceptions. Georgia’s JT Daniels hasn’t played in three games because of injuries, and Miami’s D’Eriq King is having season-ending shoulder surgery. Sam Howell is leading a North Carolina team that already has three losses.

While two running backs — Michigan State’s Kenneth Walker III and Texas’ Bijan Robinson — looked like the sport’s most valuable players in the first half of the season, the odds are still pretty good that a quarterback will take home the stiff-arm trophy again. Alabama’s Bryce Young, Ole Miss’ Matt Corral, Ohio State’s C.J. Stroud and Cincinnati’s Desmond Ridder are each very much in the mix. And don’t overlook Pitt’s Kenny Pickett, who is completing a whopping 72% of his passes for 1,731 yards with 19 touchdowns and just one pick. Only thing is, I’m not sure a Heisman Trophy winner’s team has ever lost to Western Michigan. 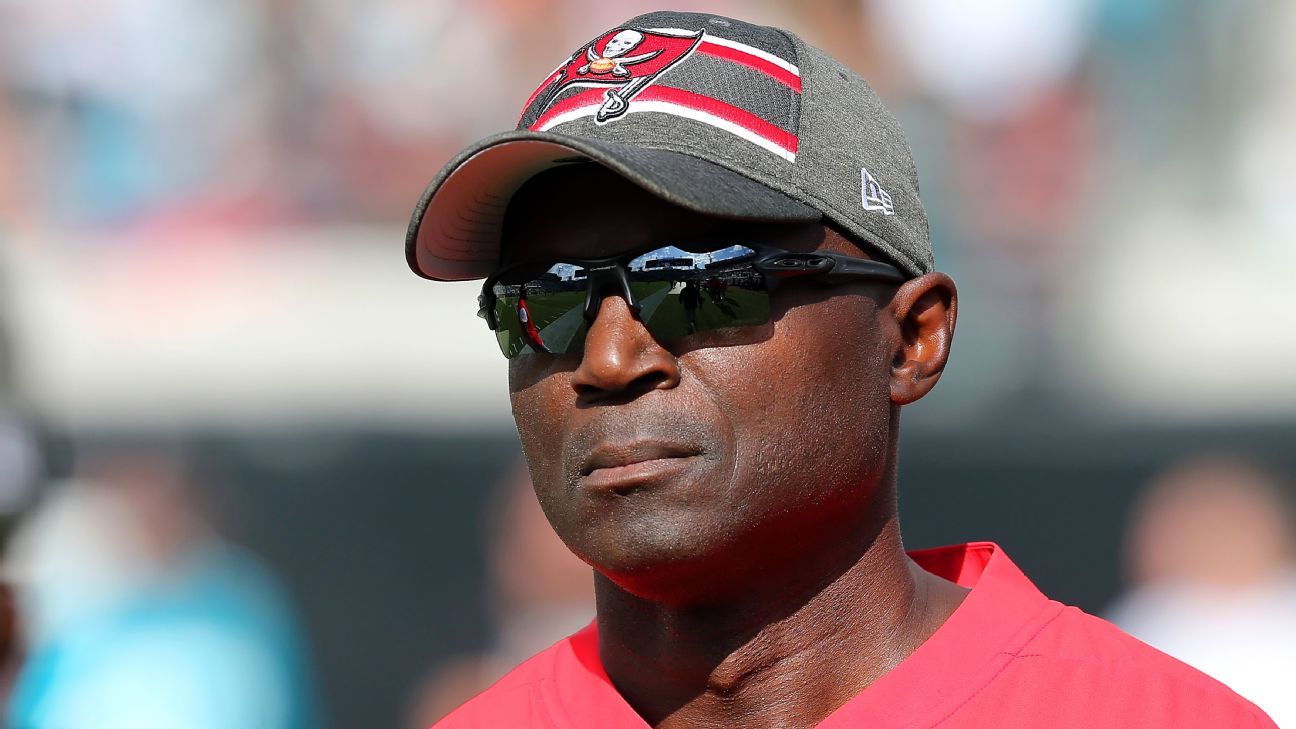 The Tampa Bay Buccaneers are giving Todd Bowles a new … 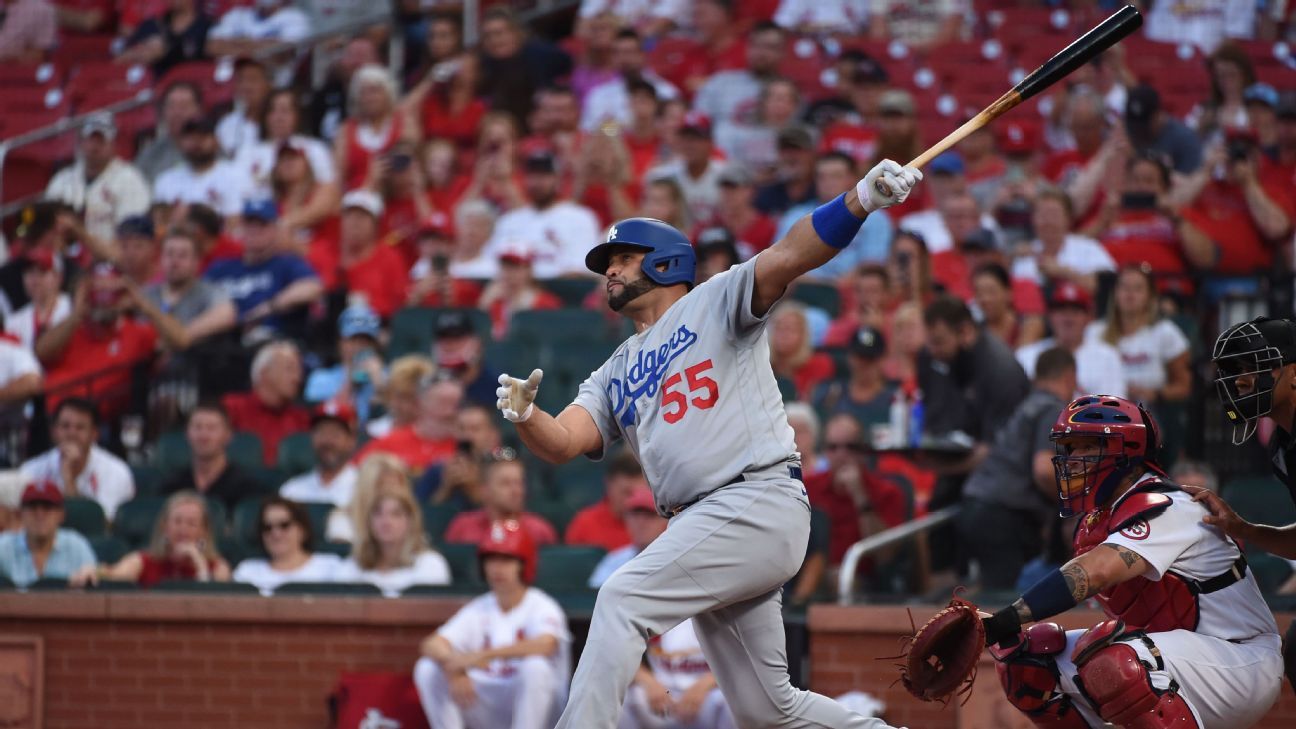